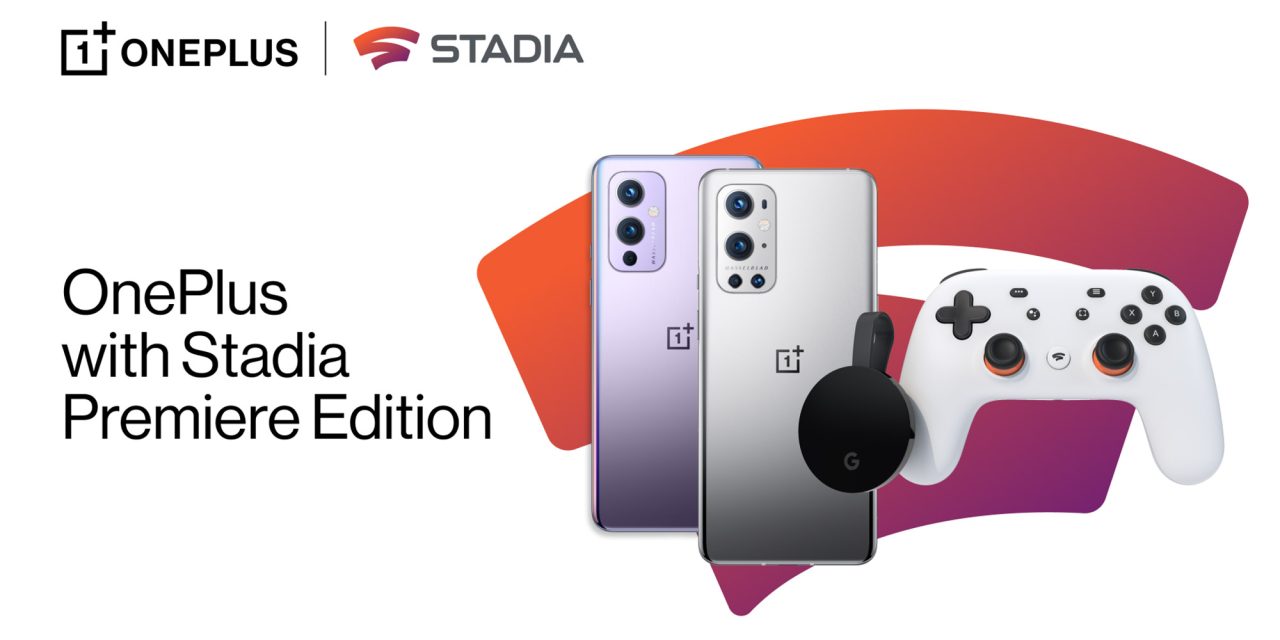 As an added gift, OnePlus is now giving away a free Stadia Premiere edition controller and Chromecast Ultra with all purchases of the 8T, Nord, and OnePlus 9/9 Pro in select European regions.

Gaming has been at the very heart of OnePlus hardware for a few years, with the Chinese firm leading the charge with dedicated gaming modes on Android. There was even a brief partnership with pro-gaming team Fnatic.

OnePlus has partnered with Google to give away a free Stadia Premiere Edition controller and Chromecast Ultra bundle with the purchase of any OnePlus 8T, OnePlus Nord, or OnePlus 9 series device in the UK, France, and Germany from today until September 30, 2021.

OnePlus, the global smartphone brand, today announced a special bundle offer that includes a dedicated Google Stadia pack available with the purchase of a selection of OnePlus devices for UK gaming enthusiasts As a part of this offer, customers in UK, France and Germany will get access to a Stadia Premiere Edition bundle, consisting of a Stadia Controller and a Google Chromecast Ultra, when purchasing a OnePlus 9, OnePlus 9 Pro, OnePlus 8 Pro, OnePlus 8T or OnePlus Nord from OnePlus.com

Although it’s unclear just how large the player base is for Google’s cloud gaming platform, this could help bolster the numbers, but it remains to be seen just what the future holds for Stadia. If you were unaware, OnePlus devices were among the first wave outside of the Pixel and selected Samsung series to actively support mobile gameplay with Google Stadia.

OnePlus also touts supposedly improved device performance when gaming on platforms such as Stadia with the help of the OxygenOS gaming mode. This mode boosts CPU and GPU performance while silencing notifications so that distractions are kept to a minimum. With a Stadia Premiere Edition controller and Chromecast Ultra, you’re not limited to playing on just your OnePlus smartphone either, and with a major shortage in the PS5, Xbox Series S, and the latest RTX GPUs, this might be a way to get the best experience of some of the biggest upcoming titles — so long as you hit the minimum internet connection requirements.