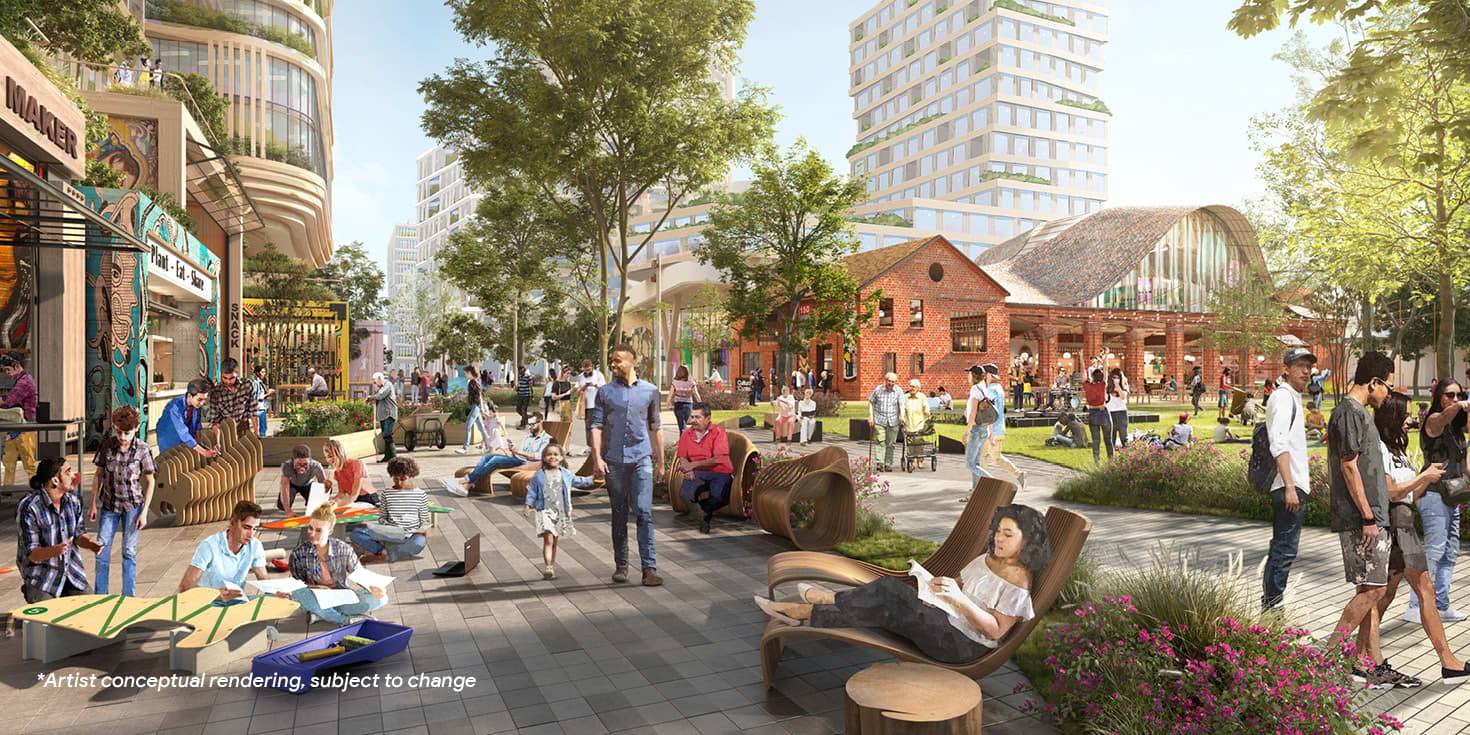 A plan years in the making is finally ready to break ground. In a city council meeting today, Google was given the needed approval to start on its “Downtown West” campus in San Jose, California.

Shown off in concept art last October, “Downtown West” is Google’s plan to develop over 80 acres of land in San Jose, California, and will form one of the company’s largest properties. The project will also be Google’s first mixed-use campus with thousands of on-site housing units.

We’d like to thank the City and community for years of engagement and true partnership. Together, we have created a foundation for an equitable and environmentally focused place that represents the best of San Jose and Google.

Approval for Google’s “Downtown West” in San Jose came in part thanks to a last-minute deal reached with the NHL team the San Jose Sharks. The team was a vocal opponent to the project primarily because of the lacking of parking proposed for the neighboring SAP arena, but modifications to the plan led to the Sharks agreeing not to sue the city or Google.

The campus could break ground on construction as soon as next year, though it could take between “10 and 30 years” to fully complete. The project will include around 1,000 of its 4,000 housing units designated for “affordable” housing. Public spaces, including parks, restaurants, retail space, entertainment space, and “ecological viewing stations,” are also a part of the plan.