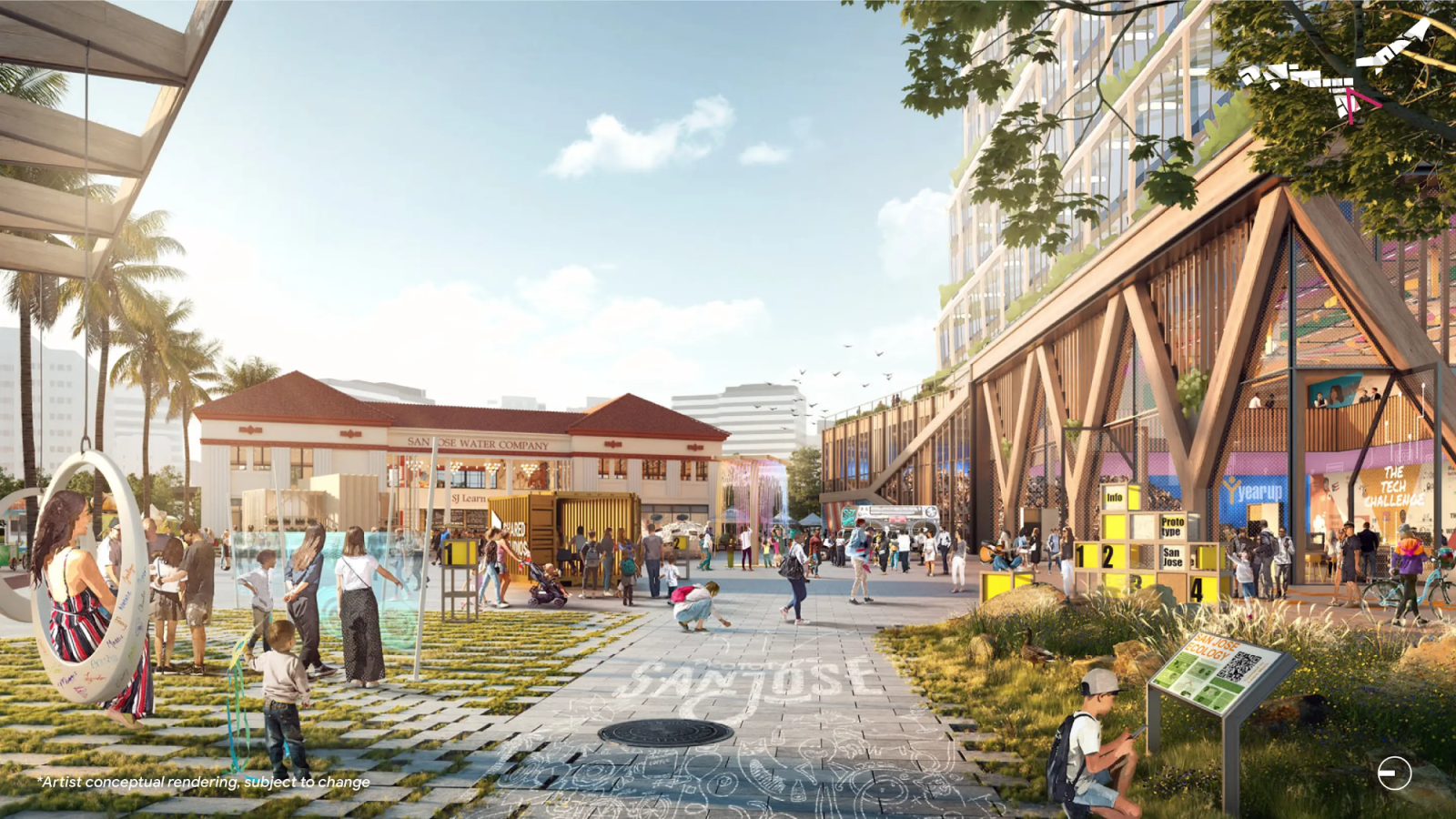 For the past several years, Google has been working to build a large San Jose campus. It shared plans for “Downtown West” last October, and it’s now following that with some renders.

The underlying principle behind many of Google’s upcoming campuses is “mixed-use” where offices are intertwined with public spaces, retail, restaurants, and housing — 4,000 to 5,900 units in the case of Downtown West. It’s striving for a “50/50 balance of office sites and other land uses” that makes it so people feel like they’re in the “center of a city, not a suburban office park.”

Google on Wednesday (via The Verge) posted “early-stage sketches of different parts of the project still in development” that community members are invited to share their thoughts on.

Downtown West varies from north to south and east to west, with different degrees of natural and urban character, with each area supporting its surrounding area, within a 20-minute walk radius, to become a seamless addition to the neighborhood.

There will be a community meeting later this month, with the San Jose City Council deciding whether to give final approval for the Google campus in spring 2021.

The San Jose campus will feature (as seen in the cover image) a .75-acre “flexible plaza for temporary pop-up programming and events” that can be used by both Google and the community.

Based on your input, we envision activities like the Urban Prototyping Festival, homes for programs like Year Up and The Tech Challenge, and shared resources like an amphitheater that can service both Google and the community.

The Creekside Walk is a part of the social heart located at San José’s transit gateway emphasizing health, wellness and environmental education. The Creekside Walk is bound by South Autumn Street to the west, Los Gatos Creek to the east, West Santa Clara Street to the north, and lies approximately 100 feet south of the VTA light rail corridor to the south, serving as an urban-to-nature connector.

Another 1.56-acre open space serves as an urban promenade aimed at “entrepreneurship, arts, innovation and culture.”

A flexible lawn accommodates events, screenings, and performances, and is framed by adjacent temporary and permanent structures. Additional outdoor program areas can offer outdoor education, social seating, and areas for native planting with canopy cover to enhance the ecological value of this actively programmed space.