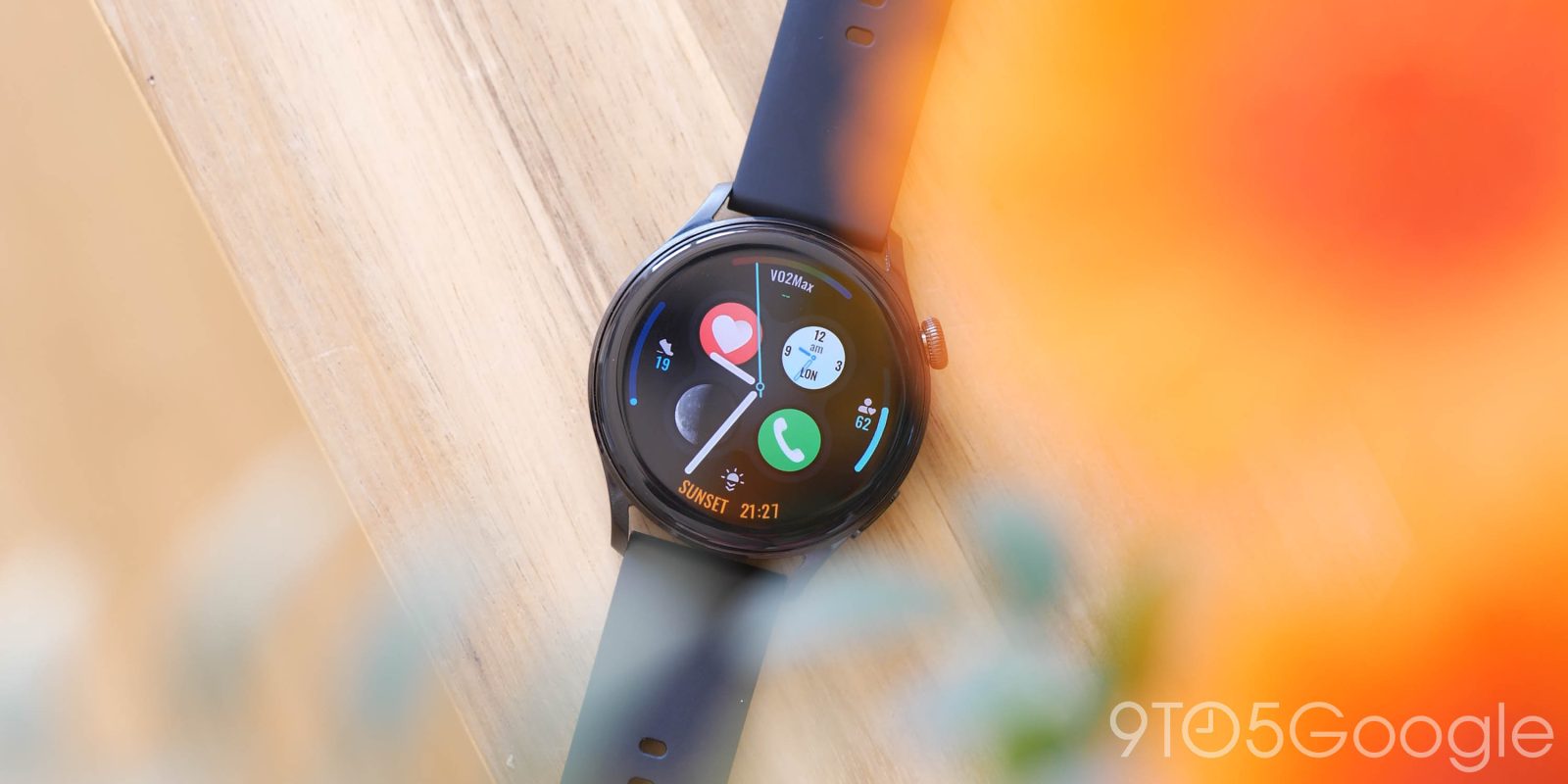 Despite some serious issues with smartphones, Huawei is dropping yet more wearables with the Watch 3 — which as it turns out, is really quite impressive.

It feels very much as though Huawei has channeled some of the Apple Watch with hints of Wear OS for wearables. It might genuinely be one to look at if the LiteOS-powered Watch GT series hasn’t quite floated your boat, and that’s because it’s running HarmonyOS.

This is the very first Huawei device to ship with the highly anticipated Harmony OS. The jury is out on whether it will be a viable alternative to Android, while there is some evidence to suggest it might simply be Android at its very core.

Give me a round watch face and I’m usually pretty happy. Luckily for me, the Huawei Watch 3 is expertly crafted and the rounded design is fairly inconspicuous — exactly how a watch should be, at least in my opinion. It’s far from perfect, but this is a solid, well-made piece of tech.

There is a ridged rotating side dial and flat button on the right side, with no other hardware keys cluttering the fairly seamless build. There is a small speaker that is hidden from view on the right side, which allows you to take and place calls or even listen to music if you really want to — although I would suggest avoiding the latter. Audio can get loud but it’s tinny compared to your smartphone speaker or a pair of earbuds.

I’m glad that Huawei stuck with a regular strap design here, as the latch and clip method is much more comfortable for all-day wear. Having used the Fitbit Sense daily for several months, the strap mechanism is just vastly inferior and prone to nipping my skin. The fit is great, and the rubber strap feels like it will be able to withstand anything I could throw at it.

The entire package is assured. Despite a multitude of issues in the software stakes, it’s really hard to be majorly negative with the look and feel of the Watch 3. It’s outright exceptional. The dial is backed by a lovely haptic vibration when scrolling, while the macro button is just the ride side of mushy and clicky when activated.

Other notables include water resistance up to 5ATM, which should mean swimming is something you can do comfortably. At around 55 grams, it’s not what I would call heavy or uncomfortable either.

At 1.43-inches, the Huawei Watch 3 comes with what I’d consider a fairly large display for a smartwatch. It helps that it’s absolutely gorgeous on top of that. It’s sharp at 326 ppi, while the 1,000 nit maximum brightness means that there are barely any issues viewing in direct lighting or sunlight. At times I thought it was faster than the 60Hz maximum refresh rate, but this is more down to how the software and hardware is tuned, as it feels snappier as a result of this tuning.

It’s completely flat, which is great for usability, and while it has taken some abuse in the short time I have used the Watch 3, it has held up well. Interacting with the smaller panel is a joy, though, as unlike some of my older — and underpowered — Wear OS watches, the UI doesn’t feel a step behind.

The display is let down by the lack of really good watch faces on offer. Huawei needs to up the selection and quality of the free options, as the Watch 3 doesn’t appear to have a standout option that I can stick with. Sure, there are plenty of faces capable of providing tons of data points, but they feel cluttered and at odds with minimal hardware on offer.

We’ve heard a lot about the supposed homebrew Harmony OS, but it’s not clear upon the first usage how it differs from the Android that Huawei is set to leave behind. The Chinese firm is leaning heavily into the idea of a wider device “ecosystem” here. But if you have no plan to pick up a Huawei smartphone — something we suggest you don’t unless you’re happy sideloading and dealing with certain issues — then this is not going to affect your daily usage too drastically.

The general performance levels are excellent, smoother than any Wear OS devices that I have ever reviewed. I really didn’t expect Harmony OS nor the Huawei Watch 3 to offer such a smooth experience. It’s snappy, animations are crisp, and apps load fairly quickly. Granted, there are not a ton of apps that you’ll be using as the default options can cover much of what most people will need.

You can choose between an app grid or a traditional list layout view when tapping the dial button. Although I have never used an Apple Watch, it looks eerily similar to how the Watch OS wearable handles its own app grid. Being able to pinch to zoom in and out is a really nice way to navigate all of your installed apps without scrolling endless lists and menus. Mobvoi added something similar to the TicWatch Pro 3 and with good reason. It’s just easier to navigate on a small display.

The on-screen keyboard is also very Gboard-like in execution, which makes typing a little easier if you want to search the AppGallery, reply to a message, or find a contact to dial. We’ve come a long way from finicky, annoying on-screen keyboards on smaller displays.

A limitation of Harmony OS is that some notifications you’ll get on your wrist lose the interactive elements that are associated with Wear OS. If, like me, you use a smartwatch as an extension of your smartphone only for fitness tracking and for reminders to check your messages/emails etc., then this is going to be absolutely fine. However, this might be frustrating if you’re the complete opposite. You’ll need to decide just what you’re willing to give up here.

I was frustrated to see that while NFC is included, I’m unable to use any of my preferred payment methods. Google Pay is obviously missing, so it’s pointless in some Western markets unless you use an alternative mobile payment wallet that is included on the AppGallery catalog.

I did have a major issue some three days into my week with the Huawei Watch 3 that I felt the need to note. The latest Huawei Health app builds on the Google Play Store would not allow me to connect after resetting the device to switch to another Android device. I had to revert to an older Huawei Mate 30 Pro to ensure that I could get the Watch 3 working properly after an update to the watch itself.

The data is showcased in activity circles that will sync with certain watch faces. It’s lifted directly from the Apple Watch, but it does give you a nice, clear visual indicator of your activity throughout any given day. Does it make me want to fill the rings? I’m not so sure about increasing my urge to move, but it’s easy to decipher what each ring represents at a glance.

Other notable fitness tracking features include an Sp02 sensor that has become sort of standard on just about every smartwatch worth its salt in recent times — especially since the start of the pandemic. What’s more interesting to me is a skin temperature sensor, which can supposedly help probe further into your overall health picture. I’m honestly not so sure how this helps, but I suppose it’s one of those “nice to haves” on the Huawei Watch 3.

Huawei touts a three-day battery on the Watch 3, but I can’t honestly say that I’ve managed to attain such lofty lifespan goals. Two days is a piece of cake, though. In no way is the Watch 3 a battery beast, but it’s a solid performer when compared to much of the Wear OS competition.

The charging method is fairly standard, but the lack of “proper” Qi wireless charging when it was present on the Watch GT 2 Pro is a bit disappointing to say the least. It would have been a killer addition here, but it’s not a deal breaker. I found that I had to charge once every couple of days when I enabled the Always-on display feature, but there was a significant uplift in lifespan when this was disabled.

I like the charger itself, as it works no matter how you attach it to the back of the Huawei Watch 3. Sometimes smartwatches can have annoyances about how you line up the charging cable, but it’s magnetic here and you can just seat it in any direction. In my experience, it takes just over two hours to go from dead to 100% capacity, which is in line with most wearables I use on a regular basis.

It’s really tough to even suggest that someone go out and pick up a Huawei smartphone, but the firm’s headphone and wearable lines are pretty much fair game. I’ll go so far as to say the Huawei Watch 3 is probably the only Huawei ecosystem device worth considering right now. It’s as good as the TicWatch Pro 3 in terms of daily wear, lifespan, and performance, which is the standout performer within the Google-backed Wear OS ecosystem.

Where it falters is in extended access to your favorite apps right there on your wrist. It will really depend heavily on whether you need/want access to apps like Gmail on your arm or if you really need to be able to make mobile payments with Google Pay. Being predominantly a Fitbit owner/user, I only really want push notifications from my phone, and I’m happy just for a ping to remind me to check my smartphone.

Those reasons alone mean that it’s still a tough sell, but this is a very good smartwatch that isn’t quite as inhibited by the lack of Google Play Services access as a smartphone ever could be. Because it’s more likely to be tethered to your wrist, it doesn’t suffer the same fate as the P-series and Mate-series smartphones — and that’s probably all you need to hear.