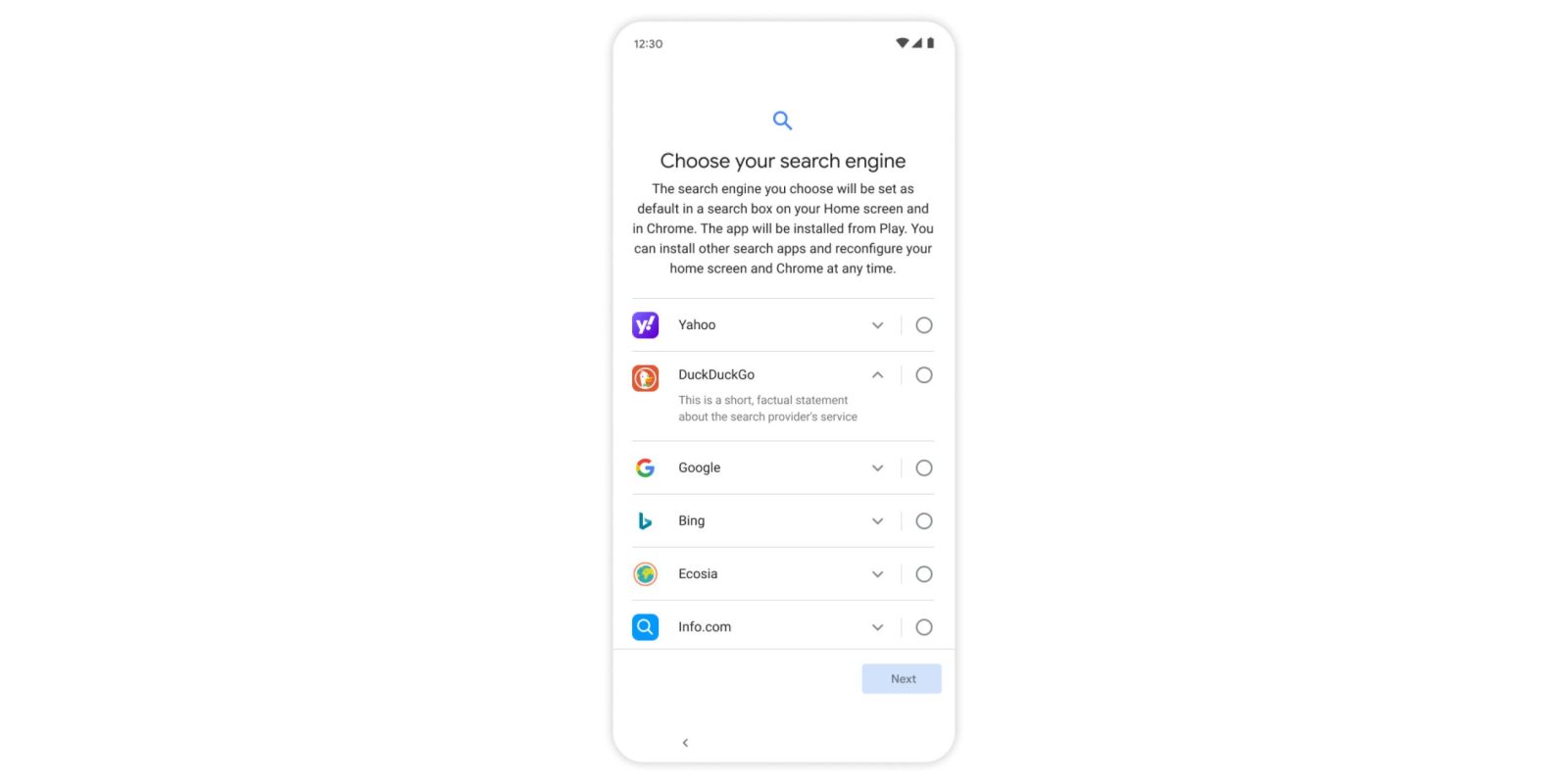 Last year, Google started showing a search engine “choice screen” to those setting up Android devices in Europe following an antitrust ruling. Google is now updating it to include more providers and make “participation free.”

In addition to its own, Google originally showed three alternative search engines. Those competing offerings appear through a per-country auction system where “search providers will state the price that they are willing to pay each time a user selects them from the choice screen in the given country.” This first-price sealed-bid format featured a minimum threshold.

In response to further feedback from the European Commission, Google is making what it calls “final changes” to the Android Choice Screen. Namely, participation (both appearance and when selected by end users) will be free for eligible search providers, while up to 12 will now be shown in a random — though tiered — order:

Eligibility is defined as being a general search provider, with specialized/vertical ones focused on a particular subject excluded. There must also be localization, an app in Google Play, and compliance with delivery of technical assets.

Interested search providers may submit applications annually in June. To be notified when the application window begins, please send an email to choicescreen@google.com.

This revised Android search choice screen will go live on September 1 on Android devices in the European Economic Area (EEA) and the UK.