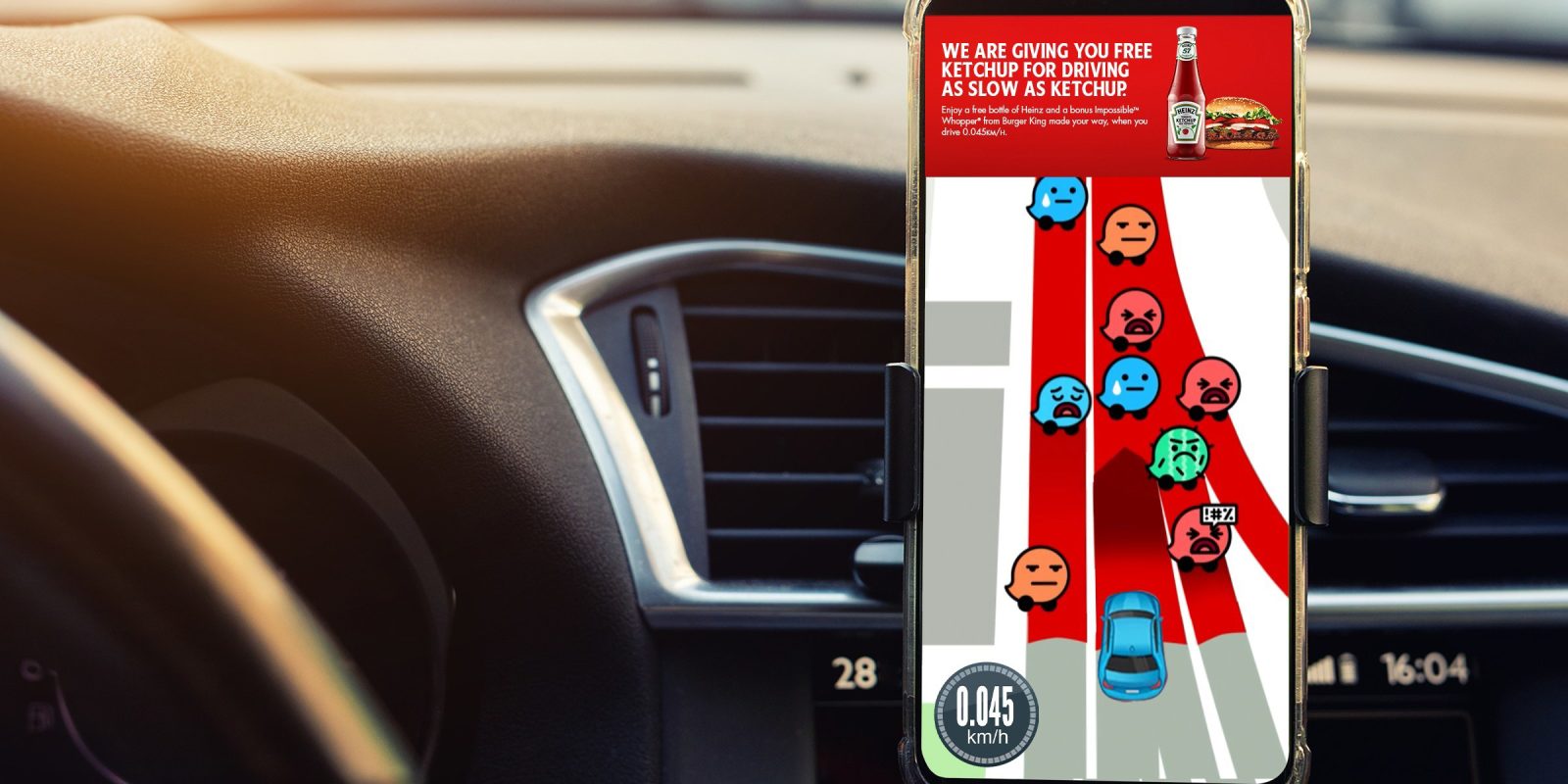 Waze often plays with fun concepts to improve the app for its users, and sometimes, those ideas can translate to advertising as well. Now, Waze is serving an ad to some users that get caught in traffic that offers up free Heinz ketchup and an Impossible Whopper from Burger King.

Waze has partnered with Burger King and Heinz to offer up a free bottle of ketchup and Burger King’s Impossible Whopper for hitting a very specific condition (via AutoEvolution). A pop-up will hit their screen while navigating if the app detects a speed of 0.045 kph (0.027 mph). Why that specific speed? According to Heinz, that’s the speed of ketchup coming out of a bottle. The way you’d trigger that is being caught in heavy traffic.

When the notification appears, users can simply tap it to get a “special Summer combo” that includes the burger and a “free bottle” of ketchup.

The catch here, though, is that this promo is only happening in Canada. Waze users can only trigger the offer for free ketchup and burgers between June 3 and July 4. It will work on both Android and iOS, though, but may not appear in Android Auto or CarPlay.