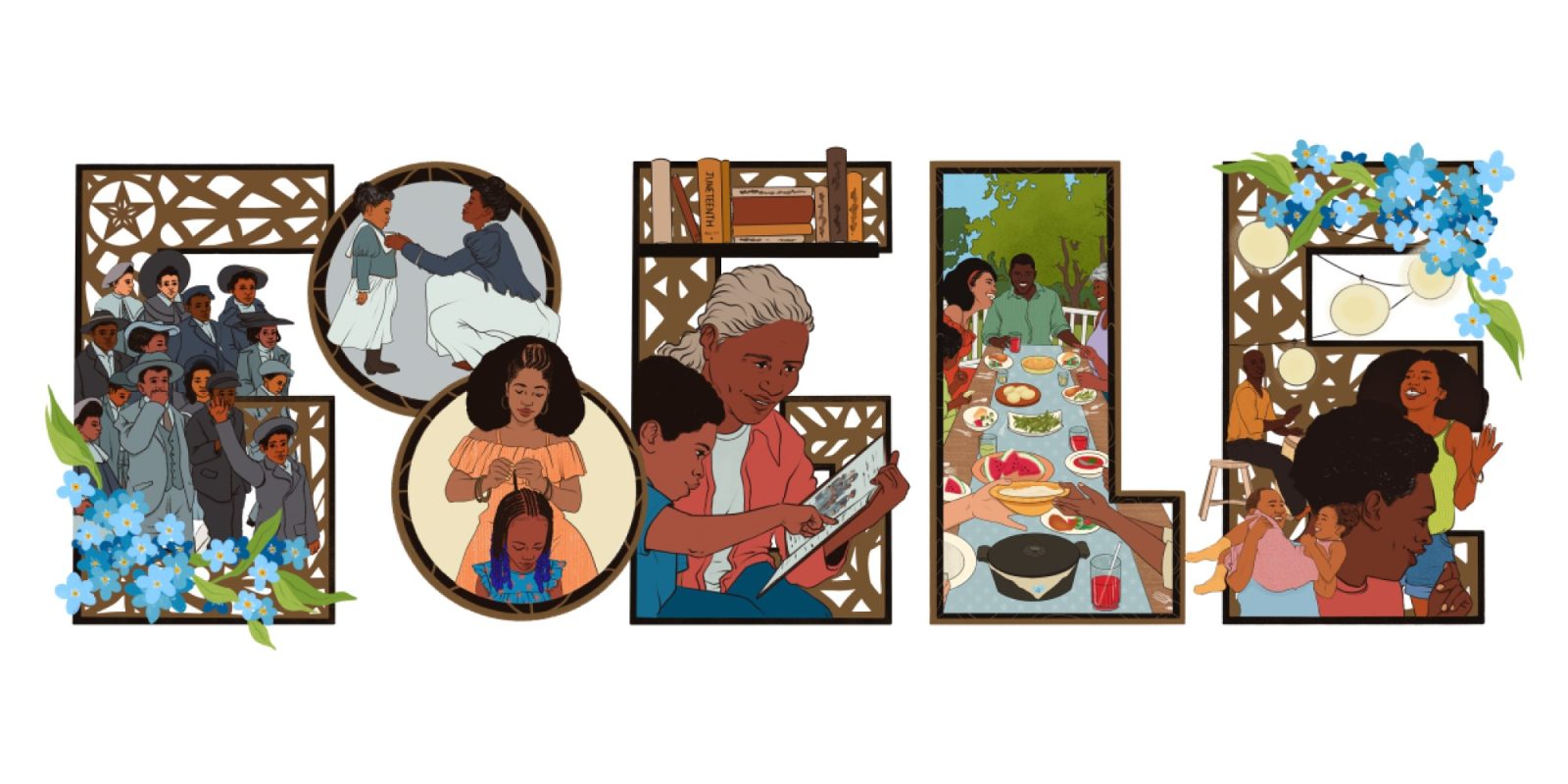 In honor of Juneteenth, Google is celebrating Black history with a homepage Doodle, a new way to learn history with the Google Assistant, and more.

While many learn of Abraham Lincoln’s Emancipation Proclamation in 1863 as the ending for slavery in America, it took over two years for the new rule of law to be enforced nationwide. The holiday of Juneteenth stems from General Gordon Granger officially informing and enforcing the abolishment of slavery and freedom of slaves in the state of Texas on June 19 (shortened to Juneteenth), 1865. While Juneteenth celebrations have been taking place since 1866, it wasn’t until this past Thursday that the US recognized Juneteenth as a federal holiday.

For Juneteenth 2021, Google has prepared a suite of celebrations. To ensure that their employees would be able to properly reflect on the historical impact, Google instituted a company-wide “no meetings day,” complete with a two-hour celebration of Black culture, including a performance from Erykah Badu.

For those who may only be hearing of Juneteenth for the first time this year, Google Arts and Culture has partnered with The Kinsey Collection to offer an exhibit on the over 150 year history of Juneteenth celebrations, including photographs of the newly-freed men and women.

Meanwhile, the Google Assistant is also ready to offer up some history lessons. Starting today on smartphones, displays, and speakers, you can ask the Google Assistant, “what happened today in Black history?” Each day, you’ll get a different tidbit, collected in collaboration with civil rights activist Dr. Carl Mack.

Google Maps is doing its part to celebrate Juneteenth by highlighting the work of April Hamm, a musician and Local Guide who crafted a list of some of the most essential places in New Orleans, including historical landmarks and Black-owned businesses. The Google Play Store is celebrating by showcasing apps by Black developers.

Lastly, on the Google homepage today, you’ll find a special Juneteenth Doodle created by guest artist Rachelle Baker. Between illustrations of Juneteenth parades and celebrations, the Doodle is interspersed with decorative ironwork, a common architectural style in the southern US, paying homage to Black artistic contributions.