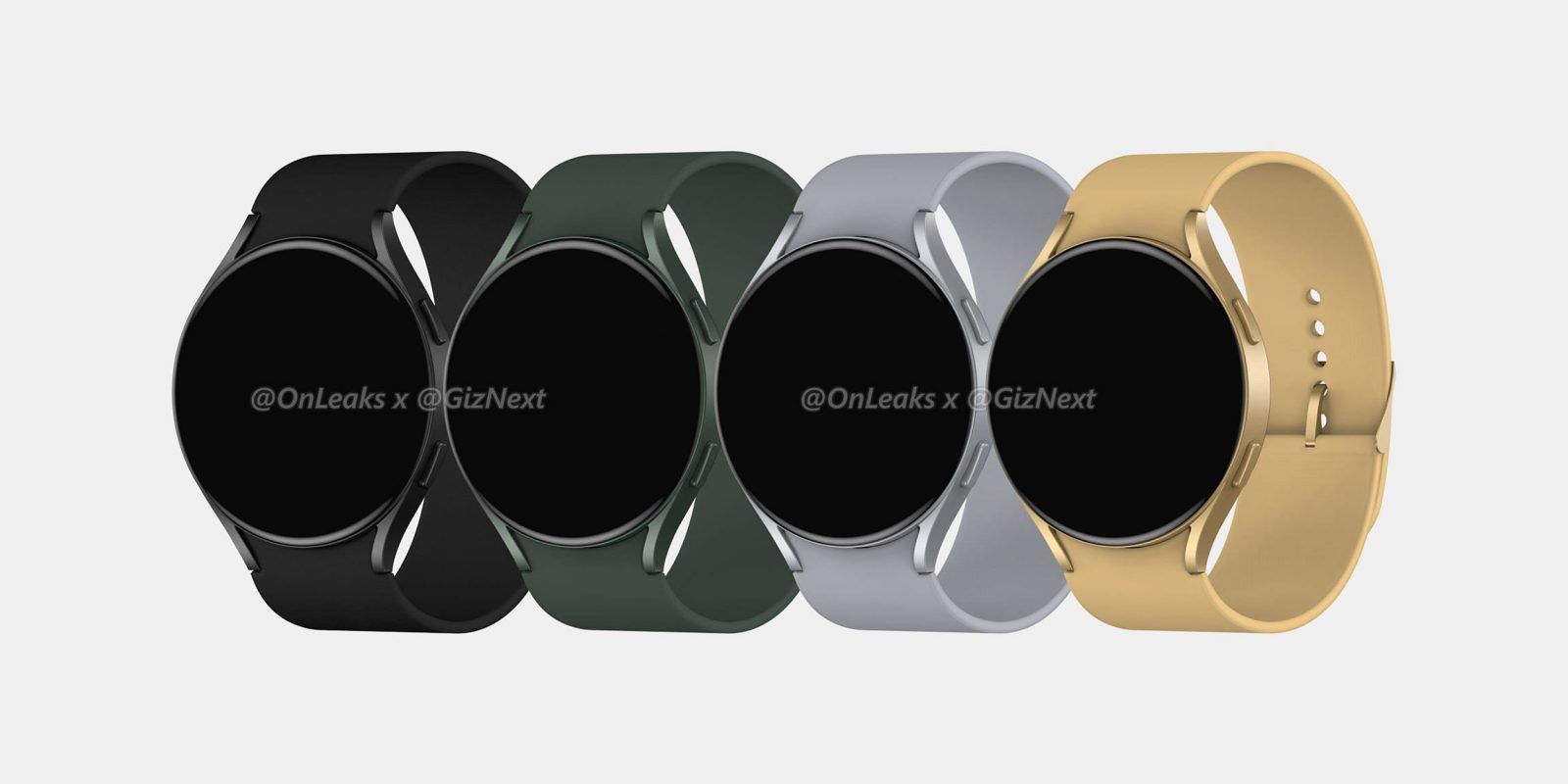 A series of renders of the upcoming Galaxy Watch Active 4 has given us a glimpse at the upcoming Tizen Wear OS-powered smartwatch for the first time.

The Galaxy Watch Active 4 design treads familiar ground with the renders being shared by the ever-reliable OnLeaks in collaboration with GizNext. You can see that Samsung is sticking to the tried-and-tested style used with the previous Watch Active series. However, the renders also hint at some flashy new color variants.

Rounded corners are being flattened out in favor of straight edges, but this doesn’t detract too much from the previous design language. The report does claim that we’ll see the Galaxy Watch Active 4 in a 44mm size, with the 42mm variant being ditched entirely.

The renders don’t make it clear, but the report states that the Galaxy Watch Active 4 main chassis will be made from aluminum with a flat 2.5D glass display being used and a minor change to the buttons. A rubberized strap is being used here, too, with slightly refined band fastener mechanism.

It will come in four color options including black, silver, green, and gold. All of which will include a corresponding watch strap in the various colors. However, OnLeaks notes that while the Galaxy Watch Active 4 renders are accurate in terms of size, the colors may not be representative of what we’ll see when the smartwatch launches later this year.

This latest leak suggests that the Watch Active 4 will also utilize a 5nm chipset and will run the new Tizen Wear OS that has been touted since I/O 2021. A tentative launch date was also suggested, with Samsung expected to unveil the Watch Active 4 at MWC later this month.