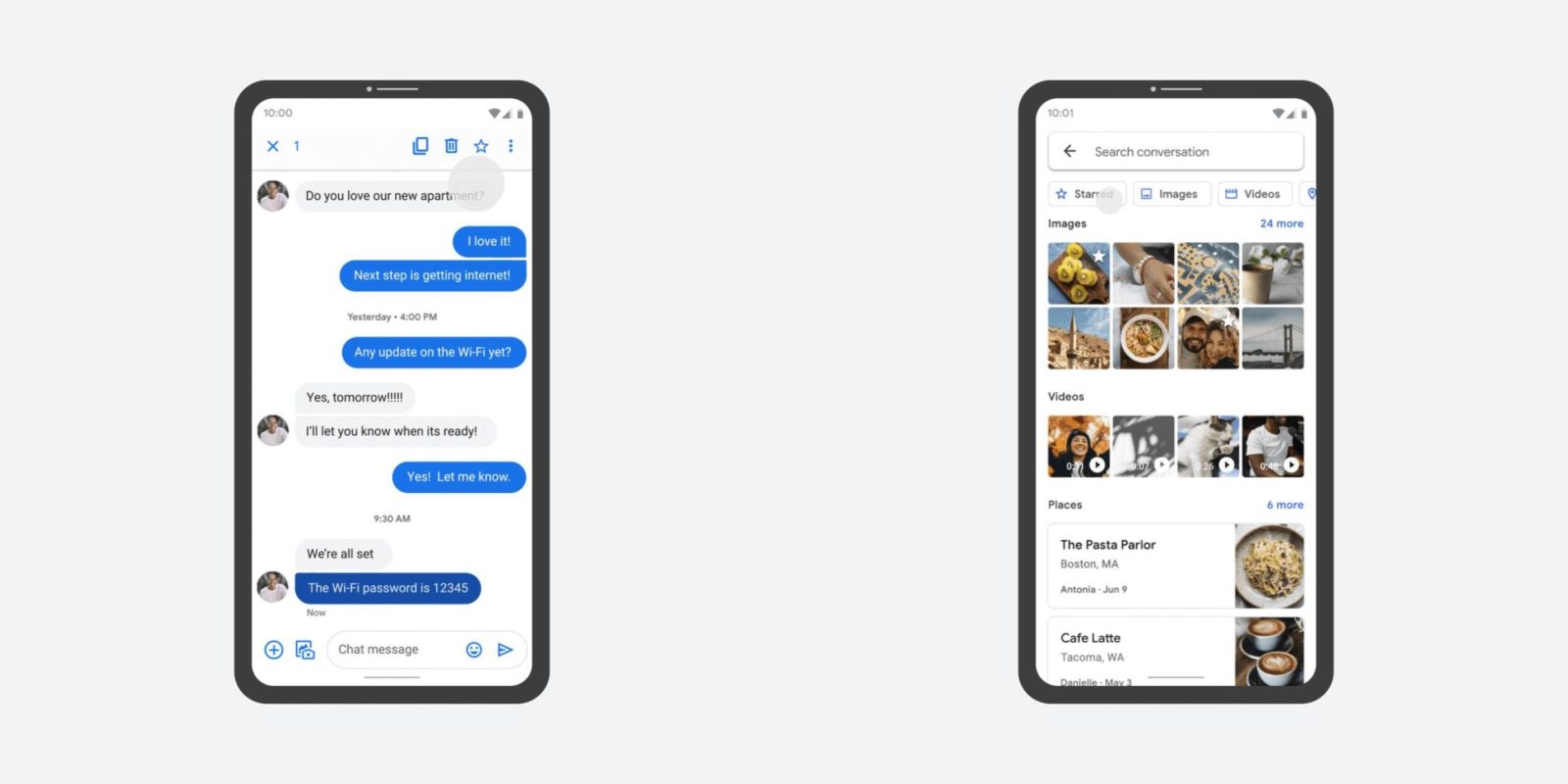 If somebody sends you an important text/chat, your natural inclination today on how to save it is most likely screenshotting. Google wants to replace that behavior with the new built-in ability to star in Messages for Android.

Update 6/29: The ability to star texts and images in Google Messages is now widely rolling out. We’ve encountered it on version 8.4 — currently in the beta channel — as part of a server-side update.

Original 6/15: Announced as part of Android’s summer additions series, long-pressing on a message or photo/clip in Google’s SMS/RCS client will reveal a new “star” button in the top-right corner of your screen next to other actions like copy and delete. This will add a blue mark to the bottom-right corner that will stand out as you scroll through a conversation.

Of course, the easier way to find starred messages is from search. Google has introduced a new “Starred” filter at the very top alongside Images, Videos, Places, and Links. Meanwhile, marked media will also feature a corner star from this view.

Starring in Google Messages will “roll out more broadly over the coming weeks.”