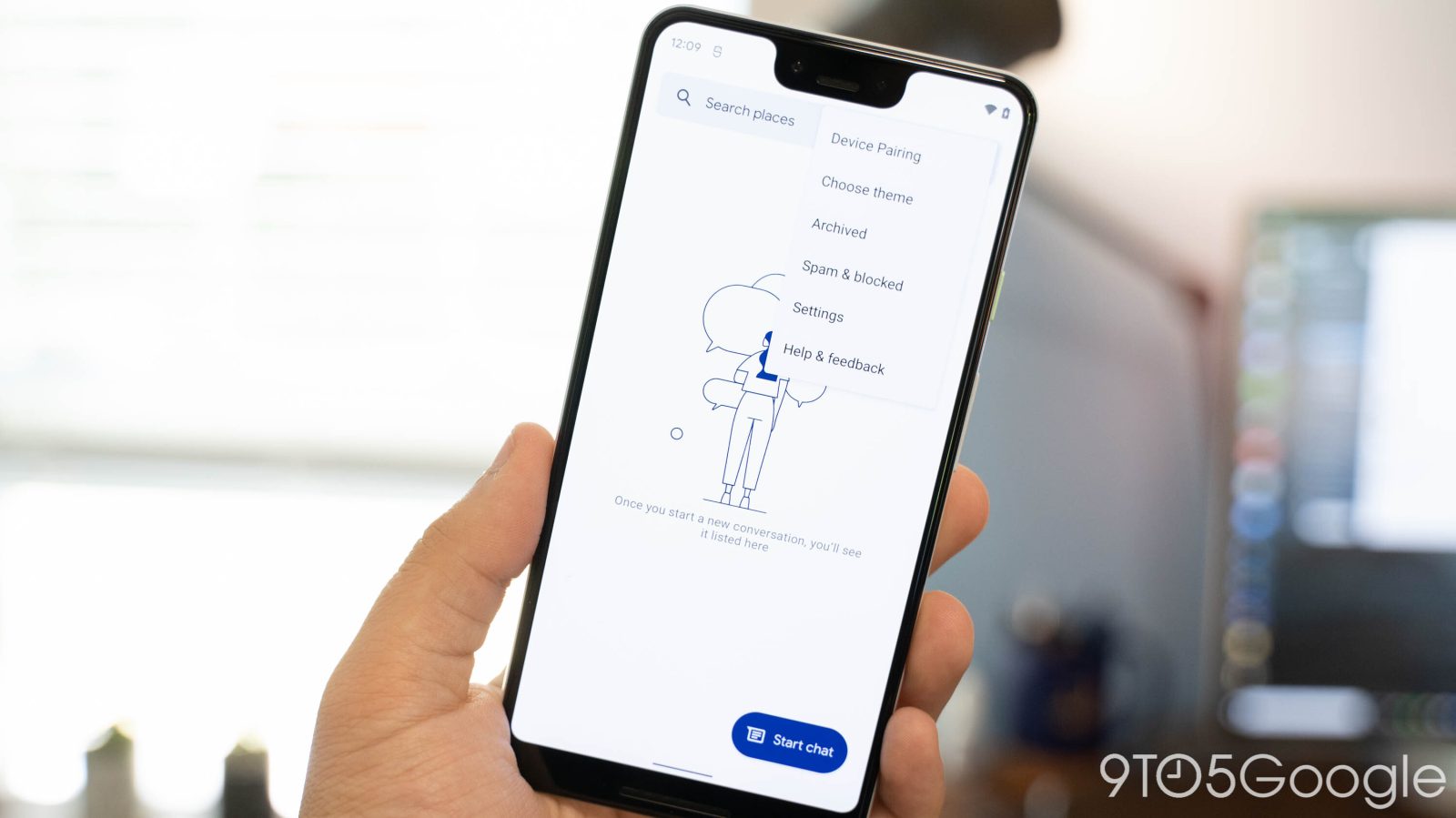 Just over three weeks ago, Google announced Material You as its hyper-personalized design system for creating apps that adapt to users, specifically their Android wallpapers. It will take some time for all apps to get updated, but here’s an early look at Material You theming for Google Messages.

With version 8.2 of Google Messages — currently in beta — we enabled some early Material You color theming. The SMS/RCS client specifically tints the search field at the top of the app and the overflow menu, though very lightly.

Meanwhile, the “Start chat” extended FAB in the bottom-right corner is also hued but in a much more noticeable/darker shade. In the light theme seen below, the background remains white, which is likely to preserve text visibility.

We manually enabled this wallpaper-based theming — internally referred to by Google as “monet” — today, but it’s otherwise not yet live on devices running the Android 12 Beta Program. Overall, this is early Material You work for Google Messages. A fuller adoption of the upcoming design language could be much more encompassing and involve layout changes.