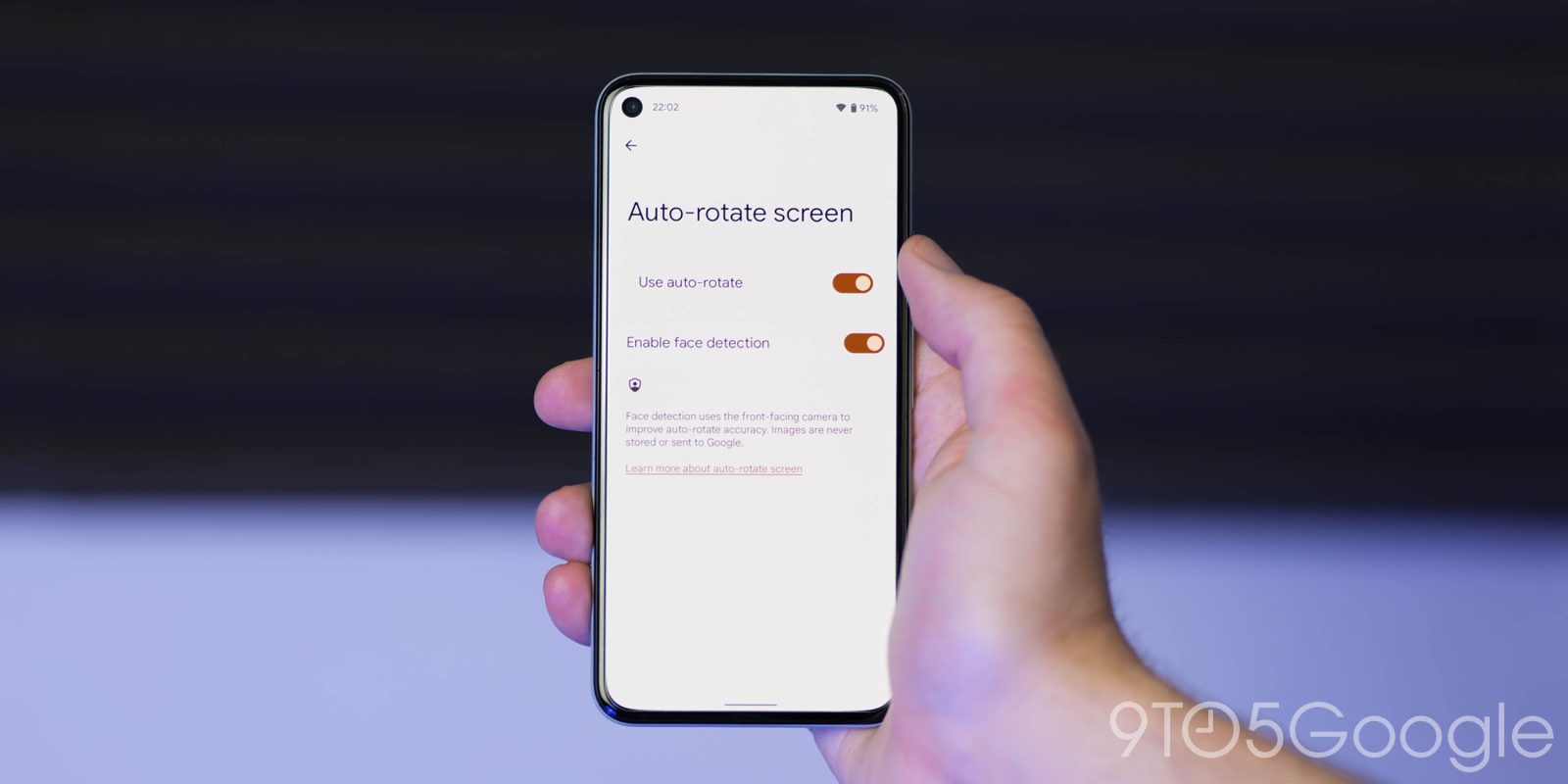 Android 12 Beta 3.1 arrived just yesterday as a small bug fix update, but it also included a little bonus tweak for the auto-rotate animation.

This change is so subtle that you might not even notice it at first, but the auto-rotate animation has a smoother, easier transition between portrait and landscape in Android 12 Beta 3.1. In Beta 3 it seemed to “snap” more into each orientation, but Google has seen fit to fine-tune the animation for what we can only assume is a smoother overall experience.

As we note, it’s such a subtle animation update that you might not even realize that anything has even changed, but on-screen elements will shift in tandem rather than having portions just teleport into landscape or portrait view when you actively adjust your phone orientation. On top of that, in Beta 3, the screen has a very minor black flash just as you change orientation, which you can see in the animation below — likely to hide this:

Whereas the updated auto-rotate screen animation in the latest Android 12 Beta 3.1 build appears to have better easing when adjusting your phone position/orientation. It looks like motion blur has also been added to hide any potentially janky portions of the switch. While it’s not quite quantifiable, it definitely feels like a much smoother transition into each orientation:

As far as updates or tweaks go, adjusting the auto-rotate animation with the Android 12 Beta 3.1 update is incredibly minor but a nice tweak nonetheless. Let us know what you think down in the comments section below.