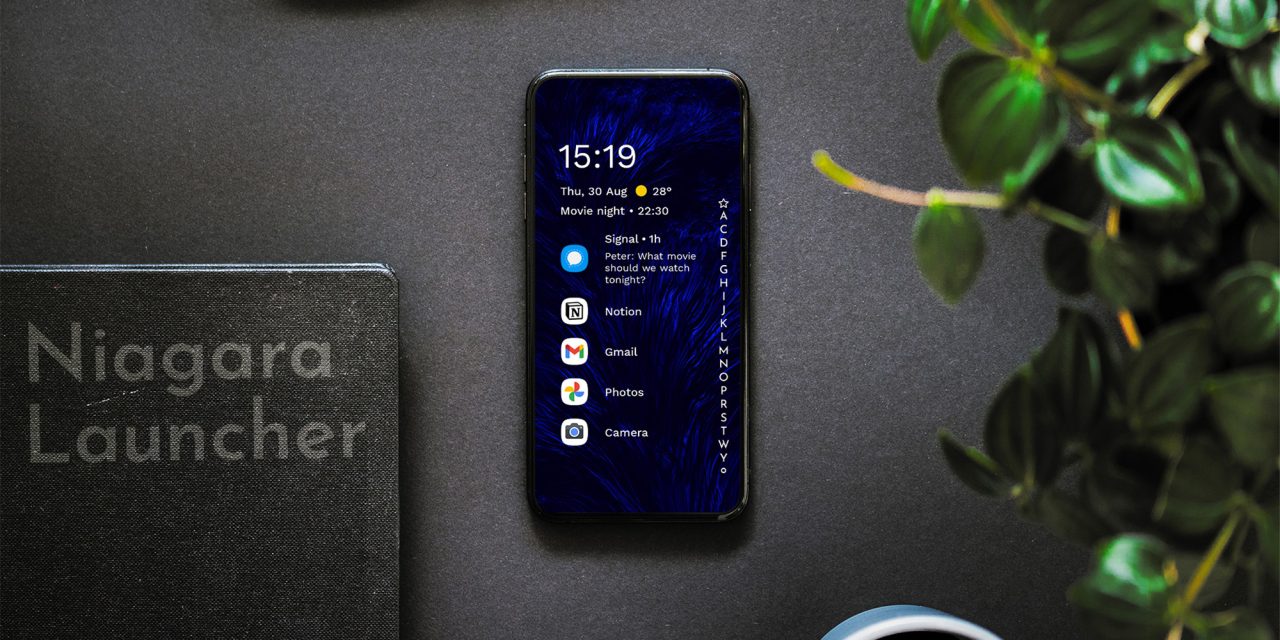 Foldable smartphones are starting to build up a head of steam, and with a new form factor there are bound to be some teething problems. Luckily, apps like the popular third-party launch Niagara are now slowly adding support for foldable smartphones like the Galaxy Z Fold and Z Flip series with the v1.4 beta.

A unique take on Android launchers, Niagara came out of beta earlier this year, but another recent beta update has been detailed and now includes true support for foldable devices such as the Samsung Galaxy Z Fold 3 and Z Flip 3 (via XDA-developers).

Effectively, the larger screen causes issues with spacing and sizing with most apps. To combat this, updates to Niagara Launcher were needed to fully support foldable displays and, with the v1.4 beta release, a better overall experience awaits those with such devices.

Because Niagara Launcher uses app lists rather than the usual homescreen layout that we’re probably all used to at this point in time, some tweaks were made to place the scrollbar farther away from screen edges. This means that stretching to reach portions is less necessary and easier to adjust.

With many foldables coming with various screen sizes and inner and outer displays, dynamic icon scaling was also added to adjust based upon the actual screen height. This means that devices such as the Z Fold 2/3 will have better usability on the inner and outer displays when closed or open. You’re able to adjust this if you wish by heading to Settings > Look > App icon size should you want a little further control.

App continuity ensures that when you rotate or open your screen, Niagara Launcher v1.4 picks up right where you left off — something that not all third-party launchers will adhere to. On top of that, this beta update adds support for keyboard, mouse and even styluses. Keyboard shortcuts allow you to quickly open apps and access UI portions.

On top of that Niagara Launcher v1.4 has gained another wallpaper for those with folding devices. “Threefold” was designed with foldables in mind and joins as feature to help fix offset wallpapers on your devices.

To get Niagara Launcher v1.4, you’ll need to join the device beta. To learn more and get signed up you can find more information right here. Unfortunately, support for the Microsoft Surface Duo is not yet available, with the developers of Niagara hoping to resolve this soon.