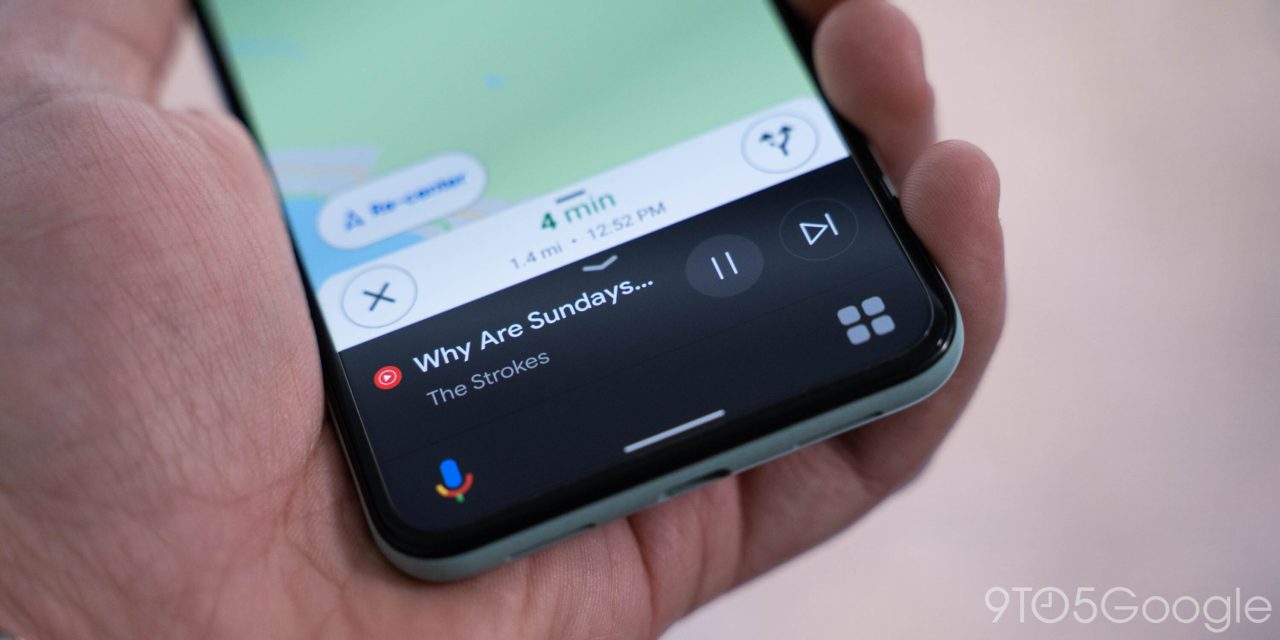 Assistant Driving Mode was announced at I/O 2019 to replace Android Auto on phones. It was supposed to launch that summer but was delayed, and is now happening with Android 12. Ahead of that, the homescreen UI unveiled over two years ago is finally appearing in Assistant Driving Mode.

Back in November, Assistant Driving Mode launched in Google Maps for US users. That later saw an international expansion with the experience largely confined to the current navigation mode with a large, touch-friendly call notification and media app launcher.

As of today, “Hey Google, launch Driving Mode” and other variations (“Let’s drive”) will launch an Assistant homescreen that was previously not available. At the top of the screen is a faux-map cover image with Assistant logo in the corner and “I’m not driving” to exit. If you have a recent or ongoing trip, you get a map card with an ETA. Otherwise, there’s a search bar that opens a sheet with recent destinations, shortcut to open Maps, and voice entry.

Next is “For you” media suggestions (YouTube Music, podcasts, news, etc.) with a tap opening media controls next to it. Depending on whether the aforementioned map is displayed, you also get repeat and shuffle. At the bottom are voice commands shortcuts to “Send a message” and “Make a call.” Like before, Assistant input and the app launcher is at the bottom with a toolbar that lets you quickly return to navigation.

This Assistant Driving Mode homescreen is entirely powered by the Google app as you can tell from opening Recents multitasking. That said, you’ll be spending most of your time in Google Maps, but the homescreen is useful if you don’t need navigation (for a local trip), and just want media and voice.

Compared to the original version announced on stage, it looks less like Assistant Snapshot. The fact it’s no longer a feed is actually an improvement in that scrolling while driving might not be safest interface.

We are seeing this new UI live on Android 12 with the latest Google app beta (version 12.35), but not Android 11 or earlier. This makes sense as “Android Auto for Phone Screens” is shutting down in the upcoming OS release.

Update: We’re seeing some reports of the homescreen live on Android 11.