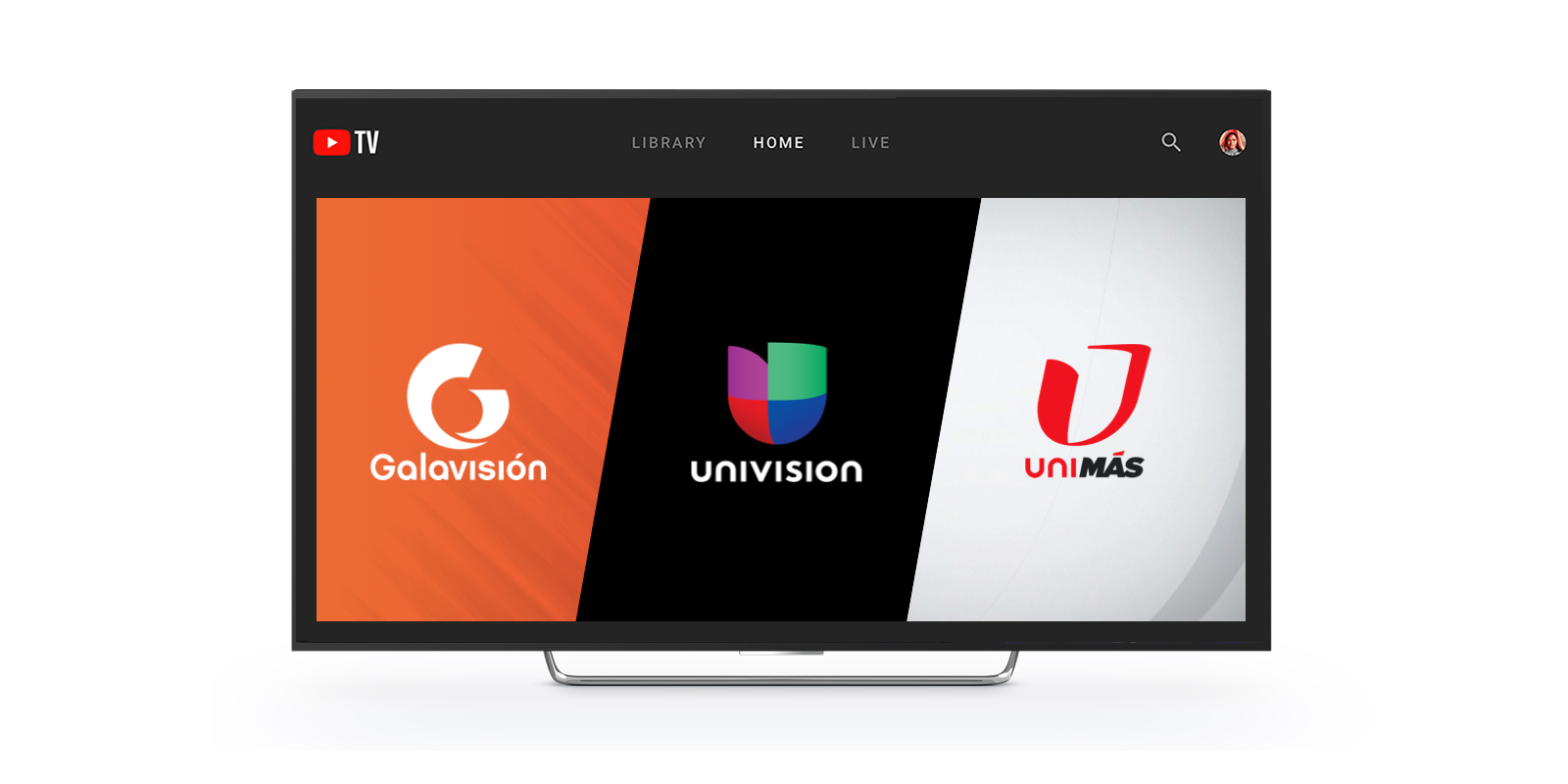 In its latest lineup update, YouTube TV is adding three new Spanish language channels in a partnership with Univision for no added cost.

Being added as a part of the base YouTube TV package, Univision, UniMás, and Galavisión are now available for streaming. This includes live and localized programming as well as video-on-demand for some of the network’s popular Hispanic shows.

Inivision Communications Inc., the leading Spanish-language media and content company in the United States, announced that as of today, Univision, UniMás and Galavisión are available on YouTube TV. Additionally, subscribers in major Hispanic markets, including Los Angeles, New York, Miami, Houston, Dallas, and Chicago, now also have a new way of viewing Univision and UniMás news, weather, and high-profile programming. Local and Univision network content is now available to YouTube TV members as part of the standard subscription streaming service.

This is a notable expansion for Univision, as the network’s channels are usually missing from streaming packages. Sling TV and Hulu, both major YouTube TV competitors, both lack the Spanish channels.

This rollout comes just in time for the networks to broadcast a few major events, including the Campeones Cup later this month and the 22nd Annual Latin Grammy Awards in November. It also comes right in the midst of Hispanic Heritage Month.

As another small bonus, YouTube TV credentials can now be used to log into the Univision app on mobile devices.