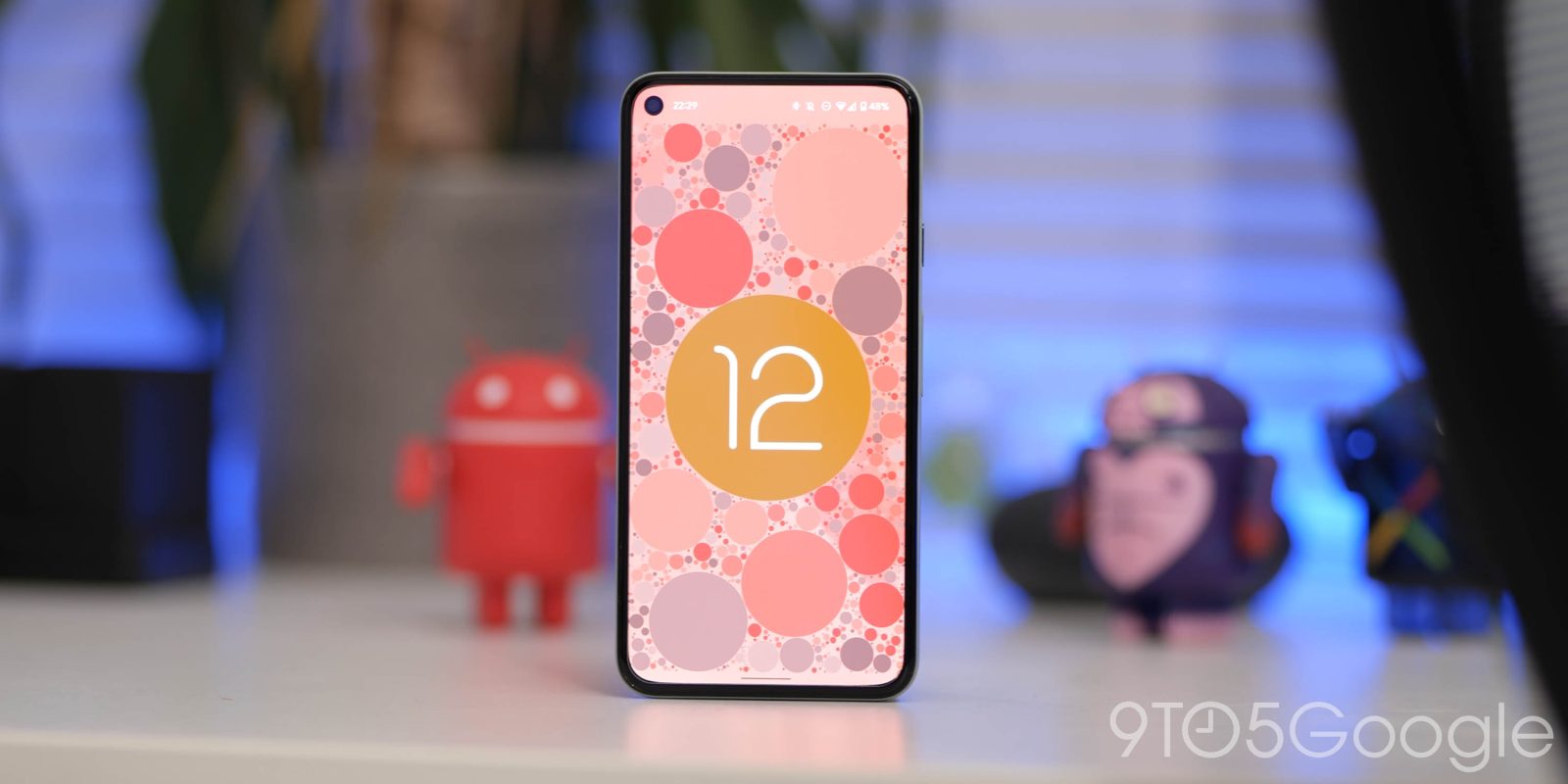 We started seeing signs last week that Google is working on a mid-cycle Android update that deviates from the usual yearly release schedule. There are many unknowns about what we’ve been colloquially calling “Android 12.1,” but we now know what the new AOSP wallpaper looks like.

Android 7.0 Nougat in 2016 introduced the pink sky wallpaper that features a mountain range at the bottom. You might still encounter this image on a Pixel phone if something bugs out with the wallpaper component during the initial boot experience. Meanwhile, it’s more commonly found in non-customized ROMs or when testing a Dynamic System Update.

With Android 12.1, or whatever the actual release name will be, Google is introducing a new default wallpaper that’s much more abstract. It’s artwork-like in nature, though it could still be a photograph. We could be looking at liquid up-close. That image is predominately dark with a very deep shade of blue taking up most of the image. There are lighter shades above and in the bottom-right corner.

XDA’s Mishaal Rahman tweeted about this addition today, and we can corroborate the existence of this upcoming change and background. The full-resolution Android 12.1 wallpaper is available below:

Like before, we’re still not certain what this mid-cycle release will accomplish. As my colleague Kyle Bradshaw explained: