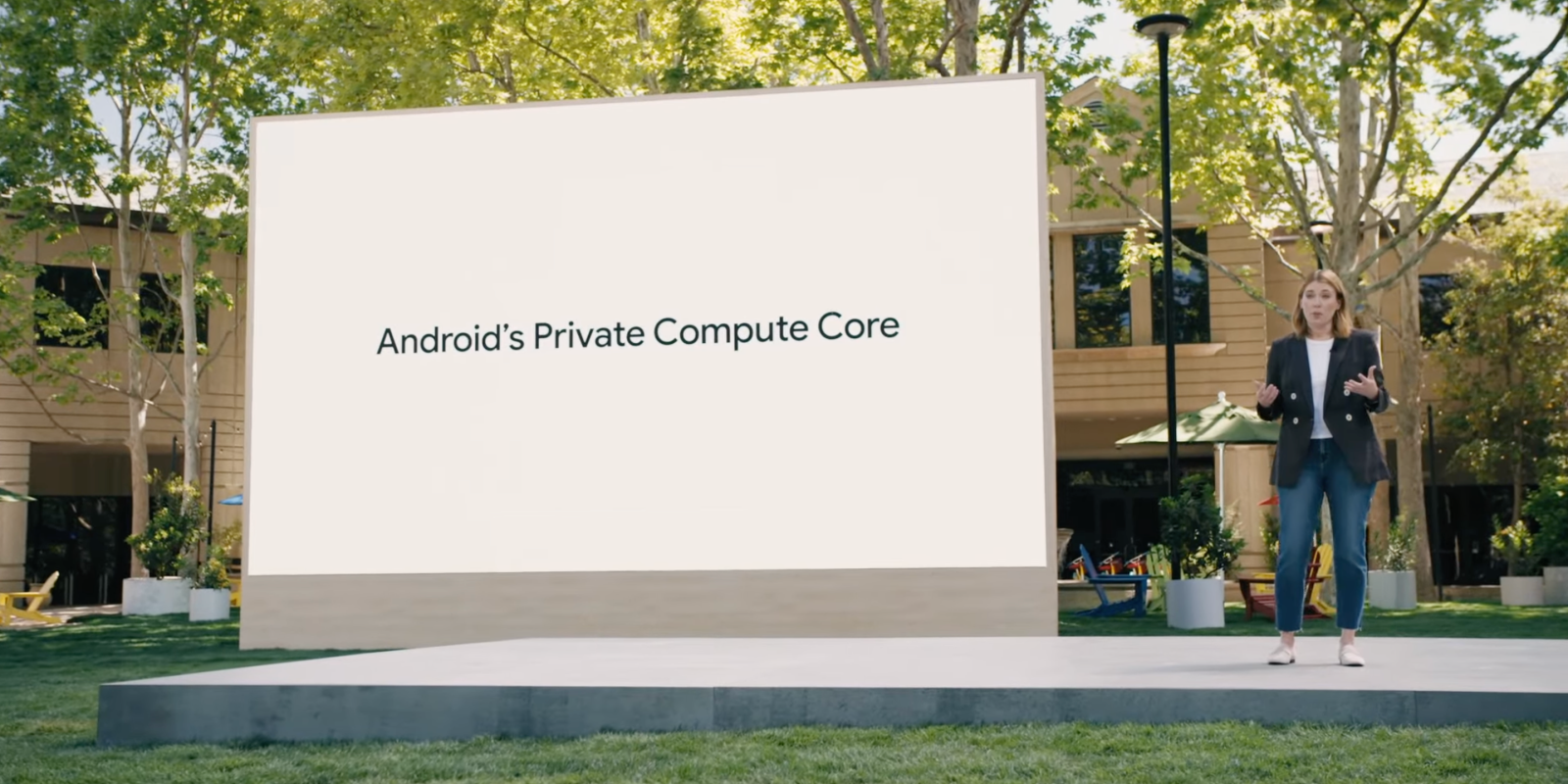 Google announced the “Private Compute Core” at I/O in May as an effective rebrand of “Device Personalization Services,” now called “Android System Intelligence.” That was followed by “Private Compute Services” last month, with that component now available as an app on the Play Store.

The Private Compute Core is where features like Live Caption, Now Playing, and Smart Reply operate in a network isolated manner from the rest of Android and apps. This is important for sensitive always-listening audio and language processing, as well as notification-reading capabilities.

Android ensures that the sensitive data processed in the Private Compute Core is not shared to any apps without you taking an action. For instance, until you tap a Smart Reply, the OS keeps your reply hidden from both your keyboard and the app you’re typing into.

Private Compute Services in September was announced as a way for those privacy-preserving Android features to “use the cloud without compromising your privacy.” That could entail downloading new ML and speech-recognition models, as well as the latest song catalogs. With PCS, those cloud updates can occur in a similarly private manner.

Google today released an update to Private Compute Services and started surfacing it in the Play Store with a new green icon that somewhat compliments the one for Android System Intelligence. It jumps from version 1.0.3x to 1.0.4x and is appearing first for Pixel devices on Android 12.

Screenshots in the listing provide a high-level overview, and mention how you can “check when your phone connects to the network, and review how it keeps your info private, and why.” A timeline view is implied by the graphic below, but such a capability does not appear to be live today in system Settings after updating.