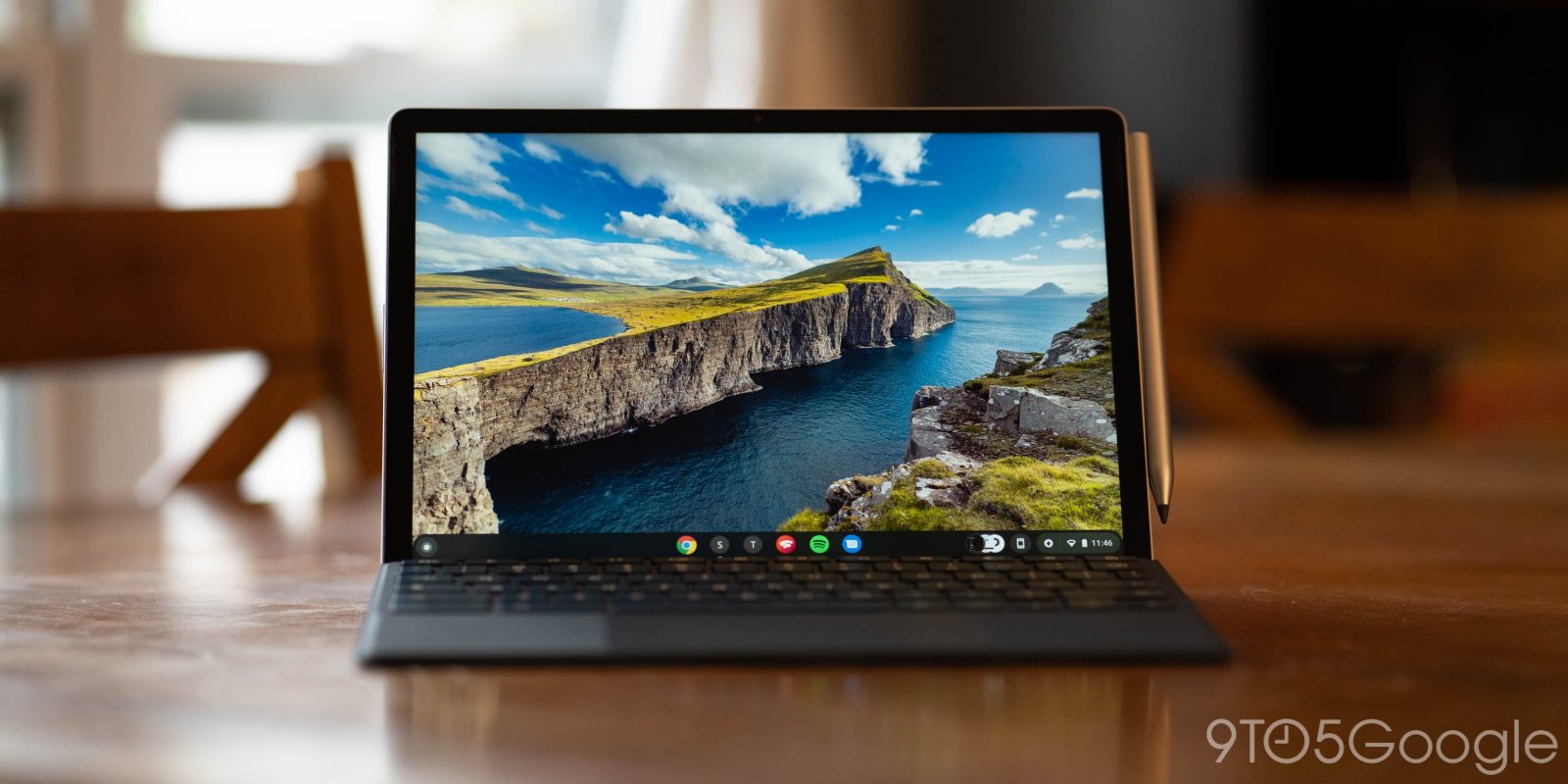 Google started pushing Chrome OS tablets a few years ago, but with the Pixel Slate being a rather spectacular failure, the task of bringing that idea to life fell to the company’s partners. Lenovo was the first to strike excellence with its IdeaPad Duet in 2020, and now HP has brought the vision a step closer. I’ve spent a few weeks with the HP Chromebook X2, and I think it’s a bit closer to the “ideal” Chrome OS tablet.

HP’s Chromebook X2 impressed me first and foremost on its physical hardware. Pulling it out of the box, the heft of the metal slate immediately reminded me of my iPad Pro, and in a way it feels even better than that much more expensive machine, at least to me. Going around that hardware, there’s a SIM slot, volume rocker, and two USB-C ports on the left side. I’m not a fan of putting both ports on the same side, but it’s something that one can live with. The alternate side has a magnetic docking spot for the included USI stylus.

The top has a power button with an integrated fingerprint sensor – and it’s very good! – as well as two microphones. Rounding things out, the bottom has a docking port for the included keyboard/trackpad. The metal back of the tablet is also packed with magnets for the included kickstand, which adds plenty of grip when using the device as a tablet, as well as a very sturdy kickstand.

The hardware alone had me really liking the Chromebook X2 right off the bat, and that’s a feeling that continued into the rest of the build. The 11-inch, 2160×1440 display is very sharp, easily beating out the next-best Chrome OS tablet, Lenovo’s IdeaPad Duet. I do wish it had some form of built-in anti-glare, but it gets the job done well, and it’s bright enough to where I could use it in my backyard on a sunny day, albeit in the shade. The 3:2 aspect ratio is also great for getting things done, especially as a writer.

The HP Chromebook X2 is built on top of the Snapdragon 7c chip from Qualcomm, and specifically the older Gen 1 version of that chip. This comes with the benefit of better battery life and better LTE (something I personally haven’t been using), but with the slight downside of less-than-impressive performance.

Like the Lenovo IdeaPad Duet from last year, the X2 struggles with anything beyond the basics. Reading content online, using basic Android apps, and streaming games from services such as Stadia and GeForce Now are perfectly fine, but the experience of using this machine for work was something not so great. The biggest issues I encountered were with WordPress, which lagged quite a bit on the 7c chip due to the resource-heavy block editor format. It works, and I can easily get through a day of work on this machine, but it’s just not as fast and fluid as recent Intel or AMD-based Chromebooks I’ve used. The 7c even meant that I couldn’t use the new Adobe Photoshop web app.

It’s no worse than the IdeaPad Duet, but it’s not any better, either. That’s an important thing to note.

Is that trade-off worthwhile? It will depend on what you’re doing! If the X2 is going to be used primarily for web surfing and other resource-light tasks, I doubt you’ll have any problems. When I used this machine to read an article, refer to a recipe while cooking, or just play videos, it was solid, but the horsepower here just wasn’t enough for me to run it more often in my usual workflow.

On the topic of battery life, I haven’t really spent enough time using the X2 in a continuous session to properly give an estimate. I will say, though, that standby time has been fairly good, in my experience, and that I never really had to worry about the battery. That’s probably thanks mainly to the Snapdragon 7c chip. Charging is done over USB-C and requires a 20W power source for reasonable speeds. Somewhat hilariously, and in a situation most people would never use, I tried plugging two 18W cords I had at my desk in and it actually took power from both, promising a full charge in under an hour from under 10% at the start. I doubt this is something that HP would consider common practice, but it’s nice that it actually seems to be an option!

The other slight hindrance to my workflow was the keyboard. It’s not bad at all, really. The keys are downright great for travel and they have a nice click to them, it’s just small. I felt cramped typing on this keyboard, and the flex in the deck sometimes resulted in it triggering the enter key or other keys unexpectedly. This might be because the “deck” is raised, but if so, it’s a trade-off I’d consider worthwhile. That angle makes typing much easier.

The spacing is about as good as you can get in this small size, but there’s just no getting around the size constraint of trying to use a keyboard with a tiny 11-inch tablet while also trying to get a trackpad in the mix. I think things would feel much better if HP’s next variation jumped up to 11.5 or 12 inches. Somehow, as it stands today, the spacing of Lenovo’s tablet keyboard feels better despite the footprint being slightly smaller. One thing this keyboard does much better than the Lenovo version is that it holds in place when closed instead of sliding around on the display. It’s a much better experience when carrying the tablet from place to place.

The HP Chromebook X2 is easily the best interpretation of a Chrome OS tablet I’ve tried so far, with the better build quality, vastly superior screen, and built-in fingerprint sensor putting it a few steps above the IdeaPad Duet. But it’s still not worth its retail price. $599 is just far too much for what you’re getting, particularly on the performance side of things. At that point, I’d wholeheartedly recommend an iPad Air with a keyboard before this. However, The X2 often drops to around $399, as it has this week. At that price point, the story changes entirely, and I think it’s absolutely a worthwhile purchase if it fits your needs.

At the time of publishing, Best Buy is currently selling the X2 (minus LTE support) at that $399 price in both blue and gray.