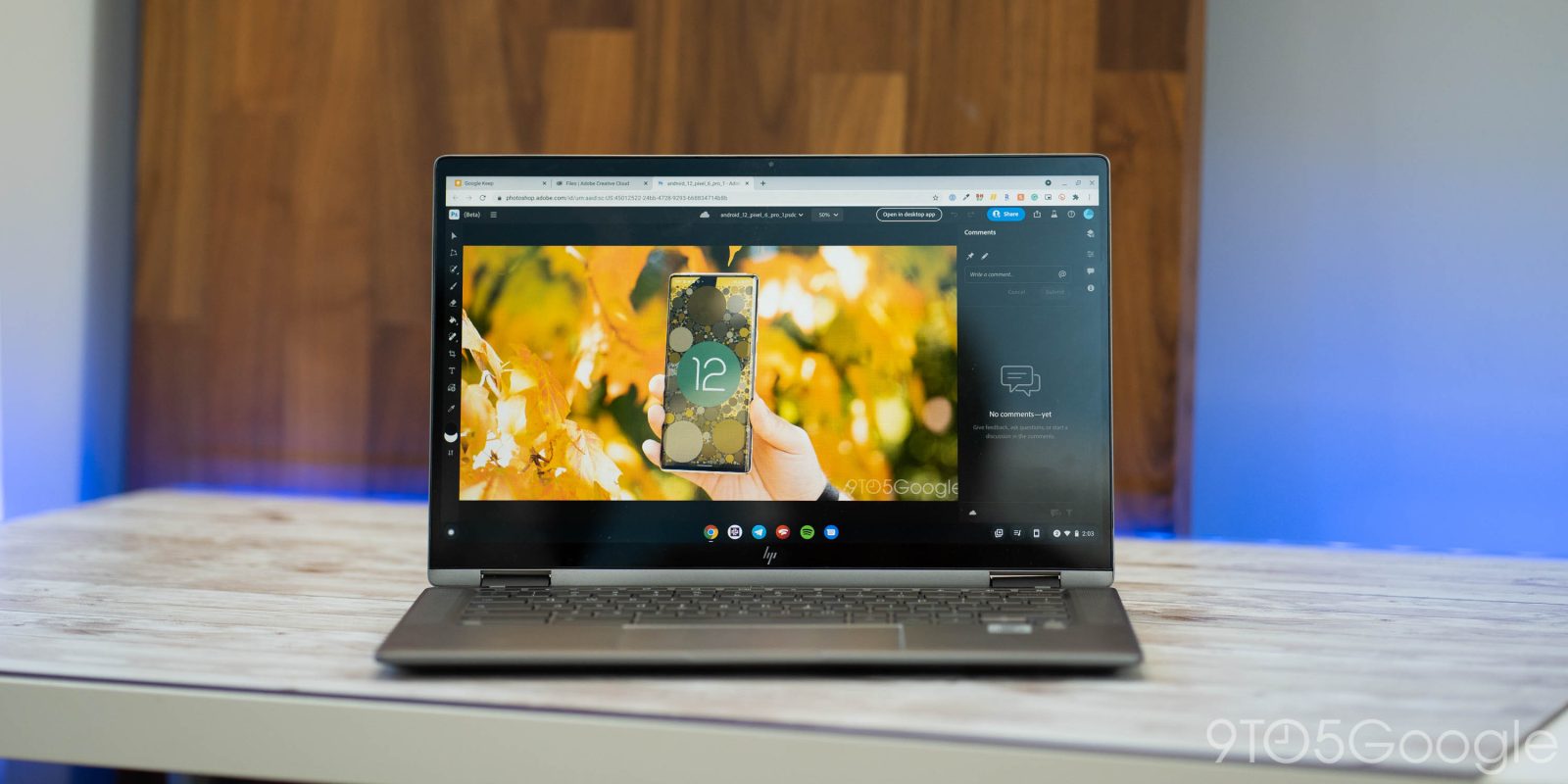 Chromebooks rely primarily on web apps to run just about everything, with Android apps plugging some of the holes, but even that left Chromebook owners without access to the Adobe Creative suite. The tide is finally changing, though, as Adobe today announced that Photoshop is coming to the web and in turn, Chromebooks starting with a public beta.

Announced as a part of “Adobe MAX,” it was revealed that a version of Photoshop will be coming to the web, though with one caveat. At first, Photoshop on the web will be somewhat feature-limited compared to Adobe’s full-fledged desktop programs.

In a blog post, Adobe explains that evolutions to the web, many of which were pioneered by Google services and Chrome, enable the company to bring a simplified version of Photoshop to the web. During this initial public beta offering, the web client will primarily be used to make “basic” edits to documents stored on your Adobe account, but it works with PSD files.

We are beginning to explore Photoshop editing workflows on the web as part of the beta. Starting today, you will see some limited editing features like simple layers, selection tools, masking, and more. We are starting with workflows for retouching and adjusting images, some of the most common Photoshop use cases.

For now, Photoshop for web is limited to Adobe Creative Cloud subscribers. If you have a subscription, you can give it a shot right now by accessing a cloud document from your Adobe account. Once inside of the experience, you can also open local files stored on your device.

Importantly, though, this isn’t a win for Chromebooks just yet. In our admittedly limited testing so far, it seems that Chromebook support isn’t quite ready. Adobe shows the Photoshop web experience as “unsupported” on the HP Chromebook X2 tablet, and kept crashing on the Acer Chromebook 513. Both of those machines use the Snapdragon 7c chip, which seems to be the culprit here. On the HP Chromebook x360 that uses an Intel i3 chip, the experience was slow to load but did work.