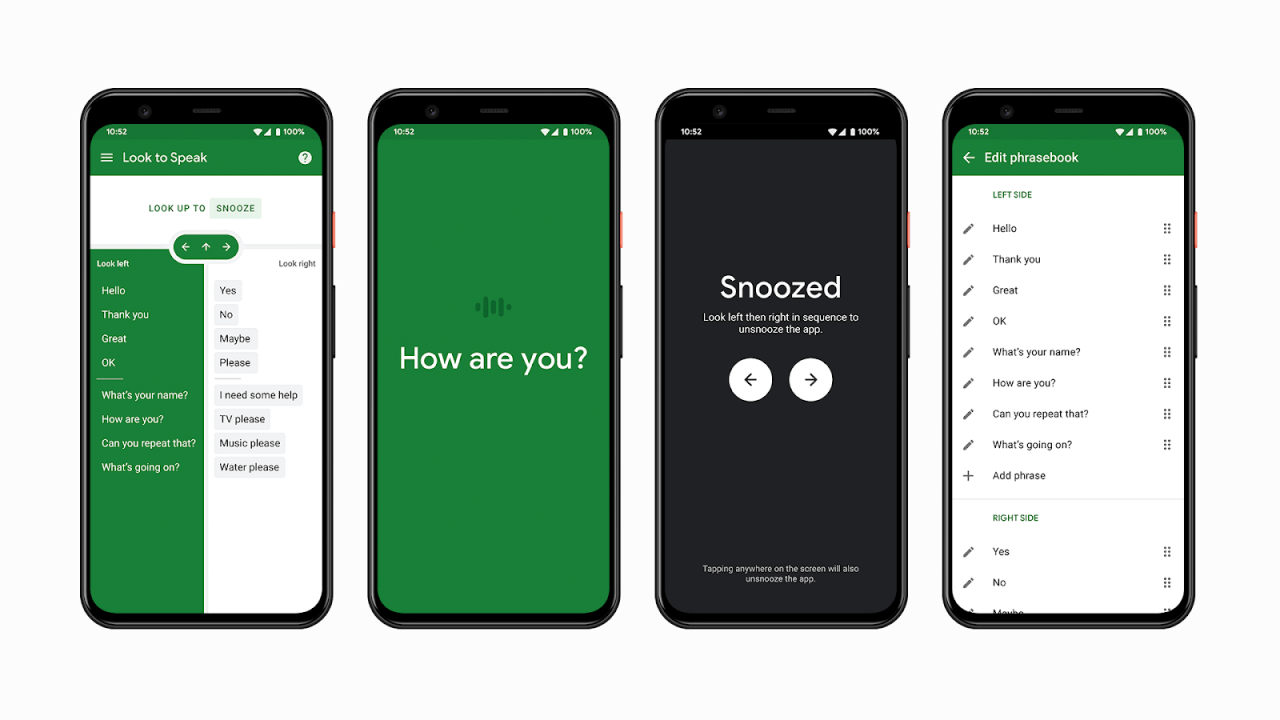 To help even more people take advantage of their Android phones, Google has added a further 17 languages to the “Look to Speak” accessibility app.

Google has really expanded and improved the volume of services offering enhanced control schemes and accessibility for those with disabilities and motor impairments. Look to Speak is an app that allows you to control your smartphone with just your eyes – by looking at predetermined and prewritten phrases, which your smartphone will then read aloud.

As spotted by Android Police, the Look to Speak app has recently gained an update to add a further 17 languages to its database after launching in just English. The app is part of the Google Experiments development wing, which often sees wild and wonderful applications and services crop up. Look to Speak offers yet another impressive control scheme for those not able to access their phone in a “traditional” manner.

Although not a complete replacement for the many tools available for those with motor impairments and degenerative conditions, the ability to pre-program a number of phrases and access these simply by using eye contact can be a real quality-of-life improvement — and one that we hope Google continues to explore. You can download Look to Speak complete with the increased language pack directly from the Google Play Store.