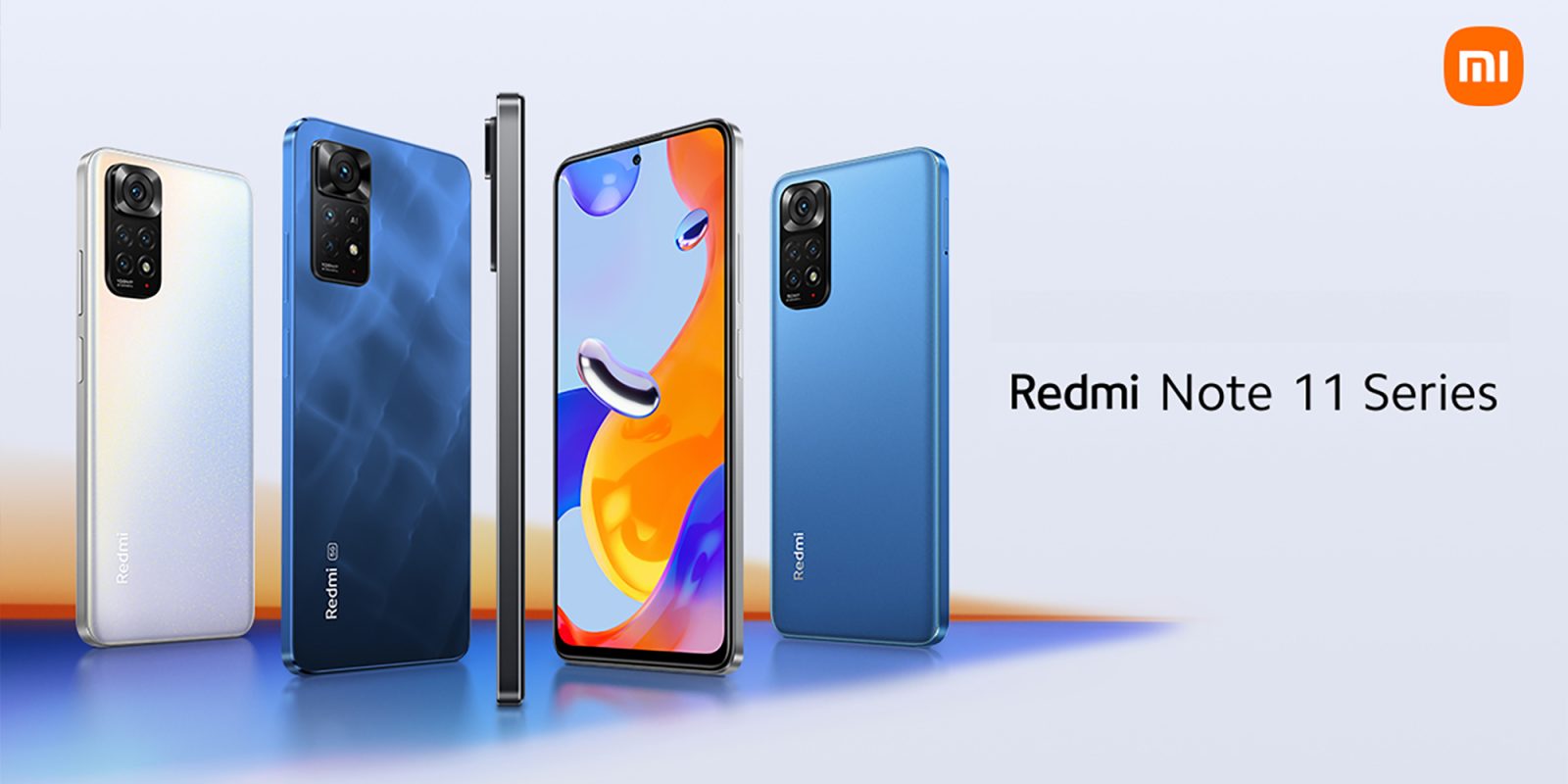 Although unlikely to launch in all global regions, the growing Xiaomi Redmi lineup has become a mainstay in places such as India where affordable Android devices dominate the market. The Redmi Note 11 series could provide an enticing prospect for those looking specifically at the specifications before buying.

The lineup consists of the Redmi Note 11, Redmi Note 11S, Redmi Note 11 Pro, and Redmi Note 11 Pro 5G — all with various intricacies to help differentiate between each model. Let’s start with the entry-level Note 11, as this device is the outlier in the new series and comes with a 6.43-inch FHD+ 90Hz display, Qualcomm Snapdragon 680 processor, 4/6GB RAM, and 64/128GB of internal storage with microSD card support up to 1TB.

Powering this base model is a 5,000mAh battery with 33W fast charging included. Biometric security is provided via a power button mounted capacitive fingerprint scanner. At the rear of the Redmi Note 11, you’ll find a 50-megapixel main sensor, 8-megapixel ultra-wide, 2-megapixel macro, and 2-megapixel depth sensor. The centrally placed punch-hole notch in the display houses a 13-megapixel selfie camera. As for colors, the Note 11 is set to come in Graphite Gray, Twilight Blue, and Star Blue.

The Redmi Note 11S provides a notable step up with the same 6.43-inch FHD+ 90Hz display, MediaTek Helio G96 processor, 6/8GB RAM, and 64/128GB internal storage with microSD card support up to 1TB. It too comes with a 5,000mAh battery with 33W fast charging. At the rear, the Note 11S utilizes a 108-megapixel main sensor, 8-megapixel ultra-wide, 2-megapixel macro, and 2-megapixel depth sensor. The selfie camera is rated at 16 megapixels. It will be available in Graphite Gray, Twilight Blue, and Pearl White.

As for the Note 11 Pro and Note 11 Pro 5G, this duo shares much of the same DNA with a 6.67-inch FHD+ AMOLED display rated at 120Hz. The Note 11 Pro packs in the MediaTek Helo G96 processor, while the Note 11 Pro 5G opts for the Qualcomm Snapdragon 695 processor. However, the other internal configurations are very similar. That means 6/8GB RAM, 64/128GB internal storage with microSD card support up to 1TB, and 5,000mAh batteries with 67W wired charging.

Sadly, all four models in the lineup will ship with MIUI 13 atop Android 11, with no details shared on Android 12 or when the devices will be eligible to upgrade. There is room for the 3.5mm headphone jack plus the often forgotten IR blaster plus stereo speakers with dual SIM support also offered on all variants.