Android 13 DP1: Quick Tap gesture can now turn your flashlight on and off 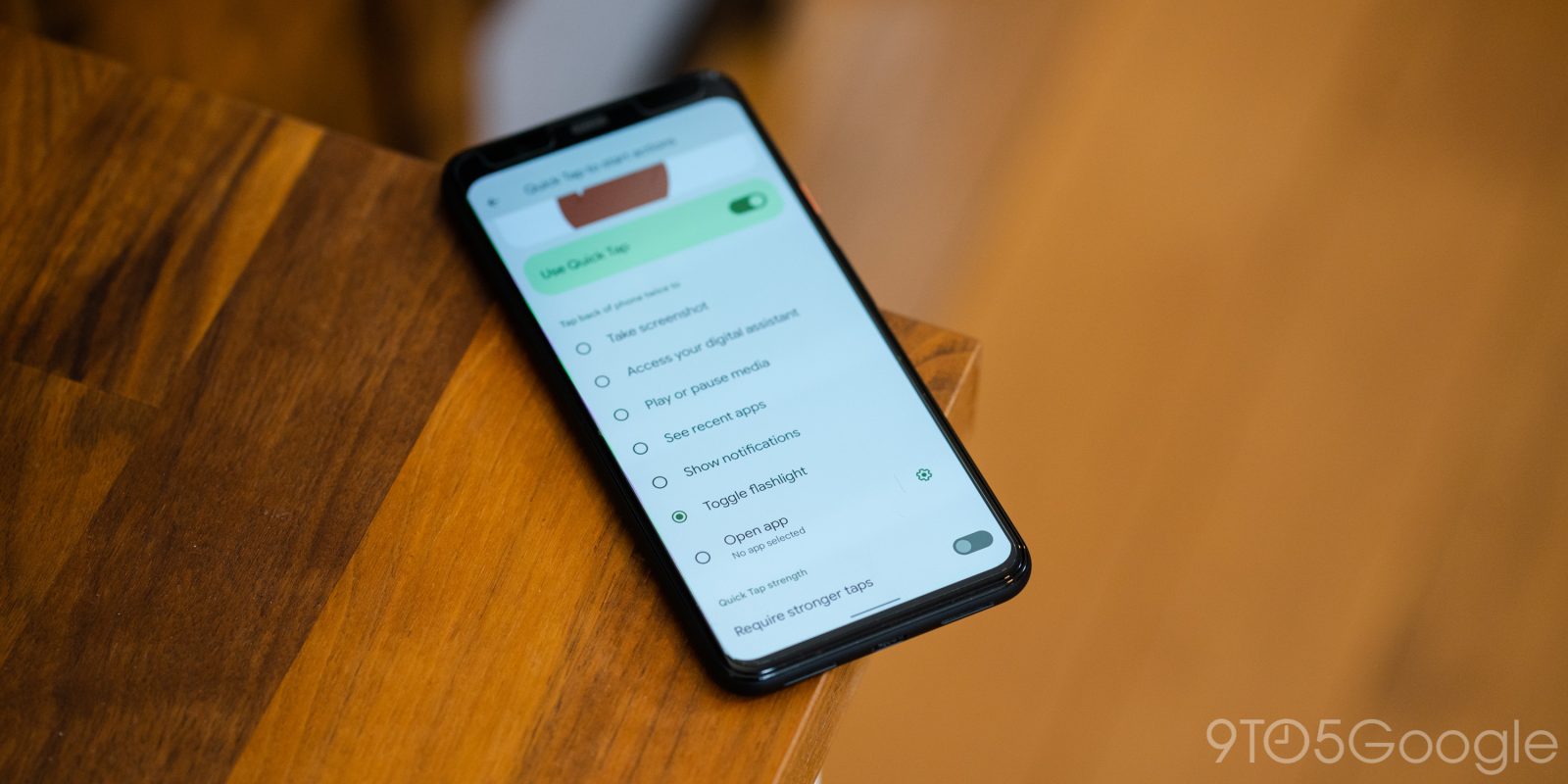 The Pixel series’ Quick Tap gesture is now more helpful than ever, with the option to toggle your flashlight.

Starting with Android 12 last year, newer Pixel phones gained a “Quick Tap” gesture that lets you perform a variety of actions on your phone without digging through menus. At launch, Google offered a handful of preset options like taking screenshots, activating the Google Assistant, and more, as well as letting you open the app of your choosing.

In the first Developer Preview build of Android 13, Quick Tap has gained a new possible action, “Toggle flashlight.” Just as you’d expect, once set, double-tapping the back of your Pixel will turn your flashlight on, and a second double-tap turns it back off.

As someone who turns on his phone flashlight, this may be the first time that I’ve seen a good use for Quick Tap. Now here’s hoping this doesn’t just turn into accidentally turning my flashlight on all of the time.