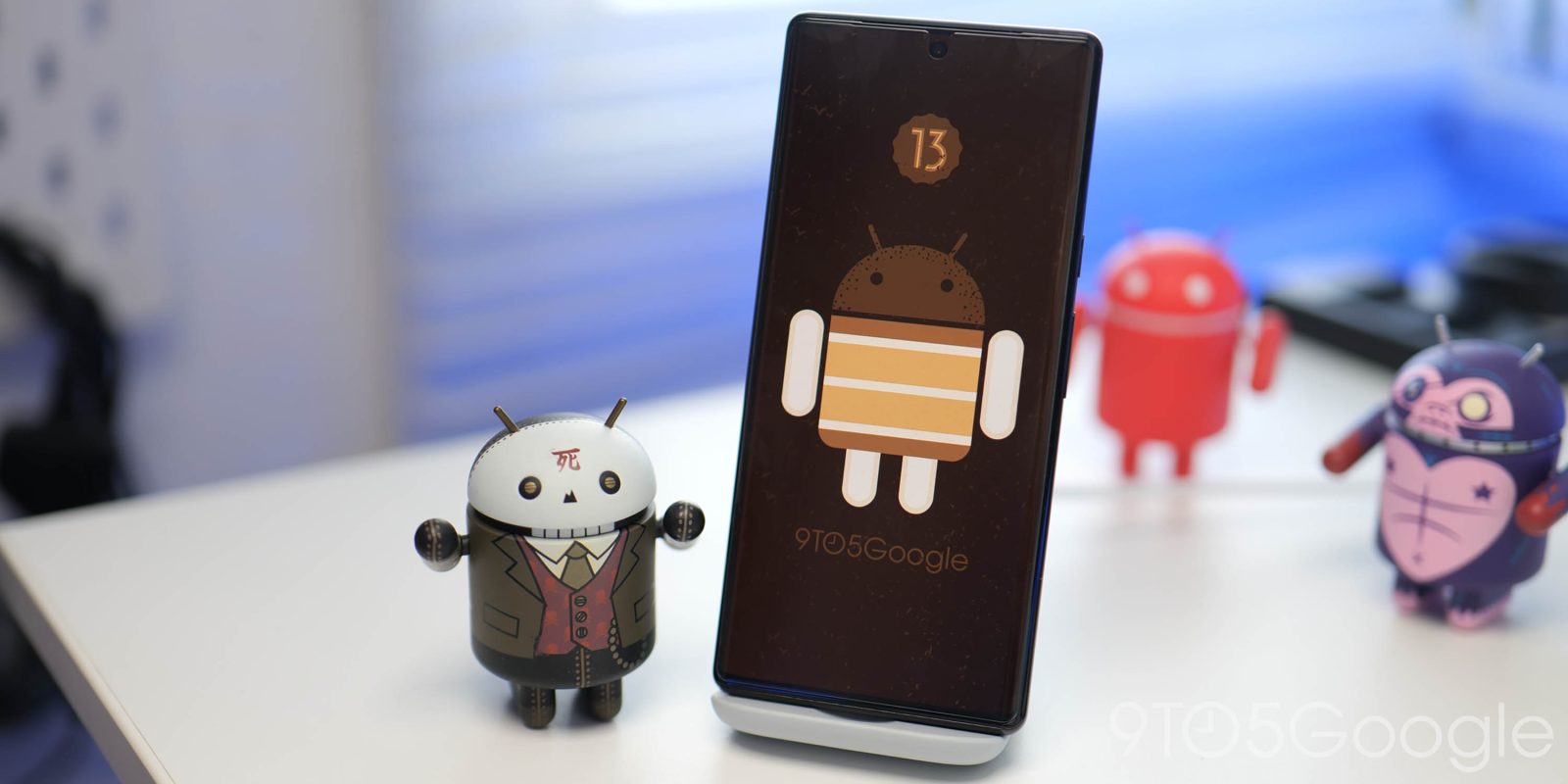 Even as 12L is still in the Beta Program ahead of its Q1 launch, Google today announced the Android 13 Developer Preview.

This is now the seventh year that Google is providing an early look at the direction Android is going in the fall. The preview is again getting underway in February to give developers more time to offer feedback and update apps.

Android 13 again has “privacy and security” as a major tentpole with a focus on “building a responsible and high quality platform for all by providing a safer environment on the device and more controls to the user.” This starts with a system photo picker in Developer Preview 1 to provide a “standard and optimized way for users to share both local and cloud-based photos securely.”

It allows users to pick what images and videos are shared, while the photo picker API allows apps to access the shared media “without needing permission to view all media files on the device.” Google plans to bring this to Android 11 (except Go) and higher via a MediaProvider module update in the future.

In the same vein, a new NEARBY_WIFI_DEVICES runtime permission allows apps to discover/connect (over Wi-Fi) to nearby devices without needing the location permission.

The other big Android 13 focus is providing new tools for app developers. The highlight is allowing third-party applications to create Themed icons that were previously exclusive to the Pixel Launcher and first-party Google services. Developers just need to supply a monochromatic app icon (and tweak their adaptive icon XML). Google is encouraging all apps to do so and is working with OEMs on adoption.

Other highlights include letting apps create system dialogs showcasing custom Quick Settings tiles that users can then add with a single tap, setting per-all languages, and faster hyphenation. There’s also programmable shaders and OpenJDK 11 updates, as well as new Project Mainline modules for Bluetooth and Ultra wideband that can be updated via the Play Store.

As always, there’s the Android Beta Feedback app on Pixel devices. Users can access it from the drawer or via Quick Settings to file bugs in the Google issue tracker; the Android Beta community remains on Reddit.

At launch, Android 13 Developer Preview system images are available for the Pixel 4 (XL), Pixel 4a, Pixel 4a 5G, Pixel 5, Pixel 5a, Pixel 6, and Pixel 6 Pro, as well as in the Android Emulator.

DP1 (TPP1.220114.016) with the February security patch is officially “for developers only and not intended for daily or consumer use.” It’s available via manual download and flashing today, with the public-facing Android Beta coming later in the year. If you need help, here’s our full guide on installing Android 13.