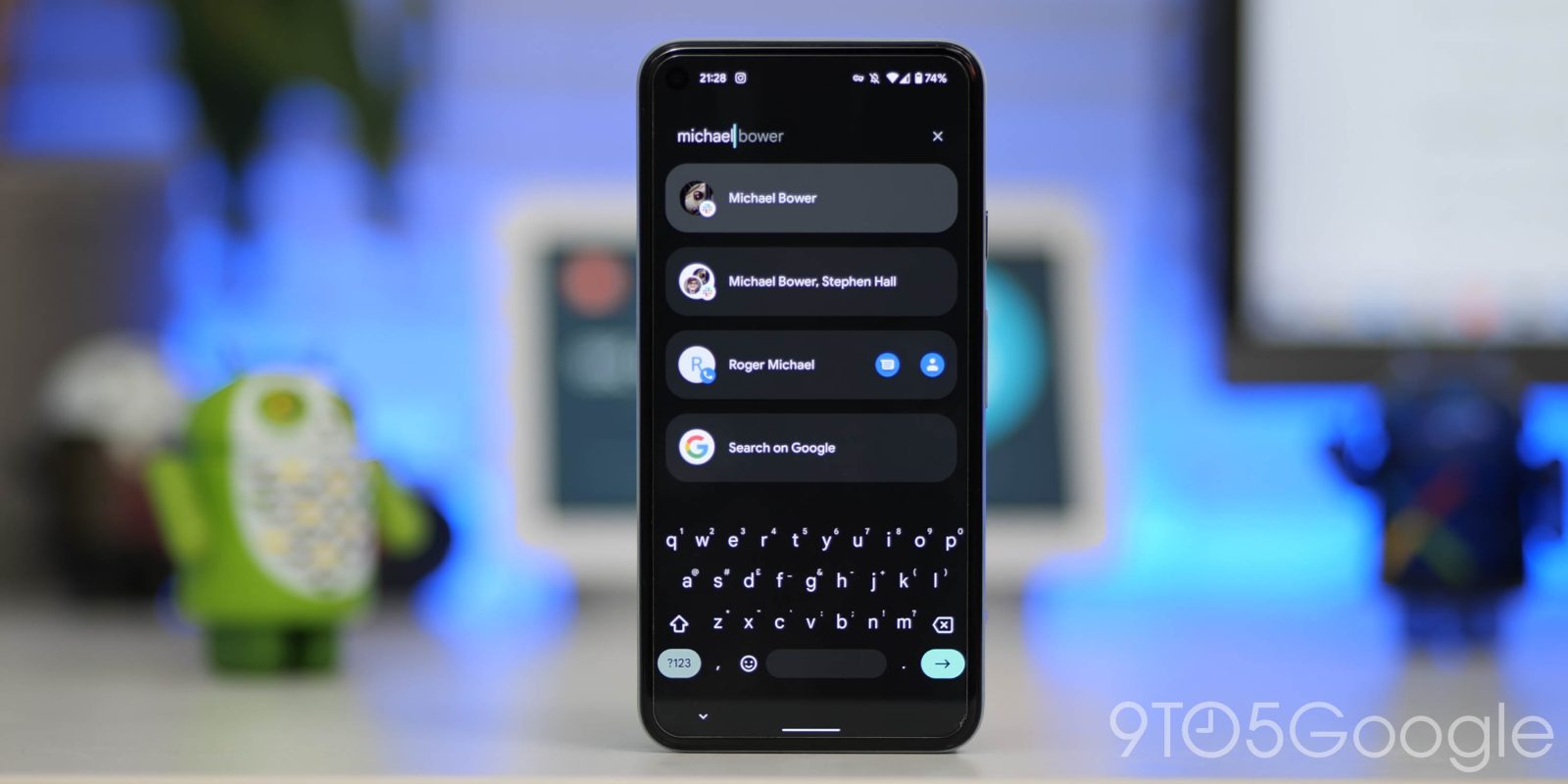 So far, we’ve only encountered this on a single Android 13 device. Searching for “screenshots” will surface a Google Photos-branded carousel with miniature previews.

This is specifically surfacing the Pixel’s Screenshots album/folder, while no other query we tested today works. It would be very useful if it tapped into Google Photos’ excellent object, people, and pet search, thus resulting in cross-service lookup.

Meanwhile, you can even share a photo directly from Pixel Launcher search.

It makes for a powerful expansion of the Pixel Launcher’s recently revamped device search that works on applications and their shortcuts, people, (contacts and conversations), system settings, and Pixel Tips. You can even set it to open your keyboard upon swiping up for the app launcher.

This photo search feature in the Pixel Launcher just appeared on one of our Pixel phones running Android 13. It’s not live on other devices with Developer Preview 1 in what looks to be a limited A/B test.