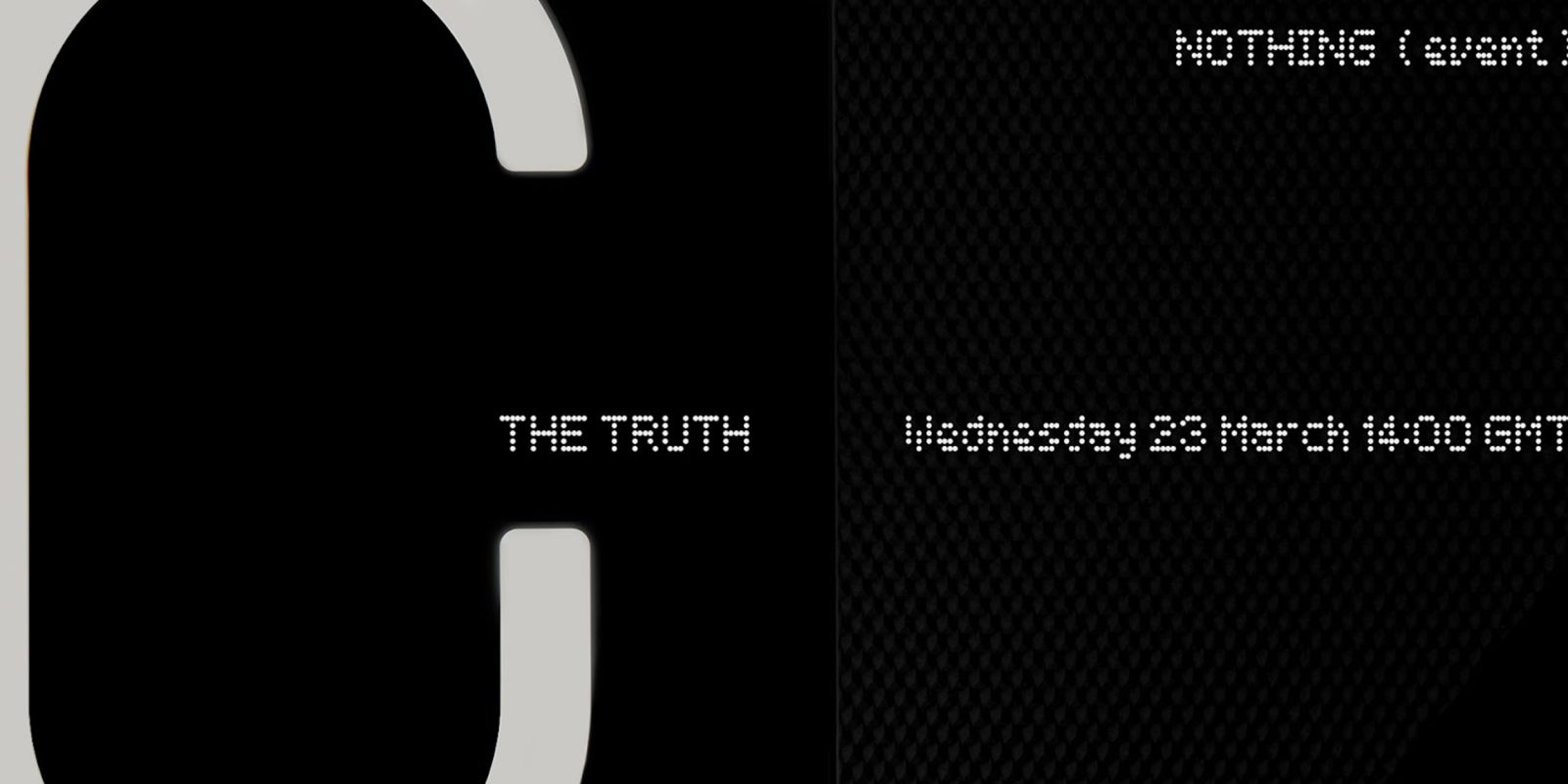 Still very much in its infancy, Nothing Technologies is set to enter the smartphone space, and its live stream branded “The Truth” could help give us an idea of what to expect — here’s how to watch.

Shortly after Nothing CEO Carl Pei teased a foray back into the Android space, he was spotted with a device alongside executives and Qualcomm CEO Cristiano Amon at MWC. While this isn’t necessarily an indication of what to expect, it’s clear that we’re going to see the former OnePlus cofounder talk about something mobile tech related during the “Nothing: The Truth” keynote.

We do know that a product roadmap will be discussed during the Nothing live stream. After signing a partnership with Qualcomm to access Snapdragon chips, it’s almost without question that a smartphone is on the way, but it’s unclear if one will be revealed on stage. That said, if you have a passing interest in a new player entering the market, you may want to tune in.

Where can I watch the Nothing live stream?

You have a few ways to tune in, but all involve YouTube. You can sign up for direct details and updates on the nothing.tech website. However, the event is being hosted on March 23 at 2 p.m. GMT, 10 a.m. ET, 7 a.m. PT in an online-only live-streamed event on the official Nothing YouTube channel. You can find the direct link below:

We’ll have more coverage from the Nothing live stream as details emerge from the event hosted by Carl Pei. Are we going to see a new device or something completely different? Let us know what you hope to see down in the comments section below.