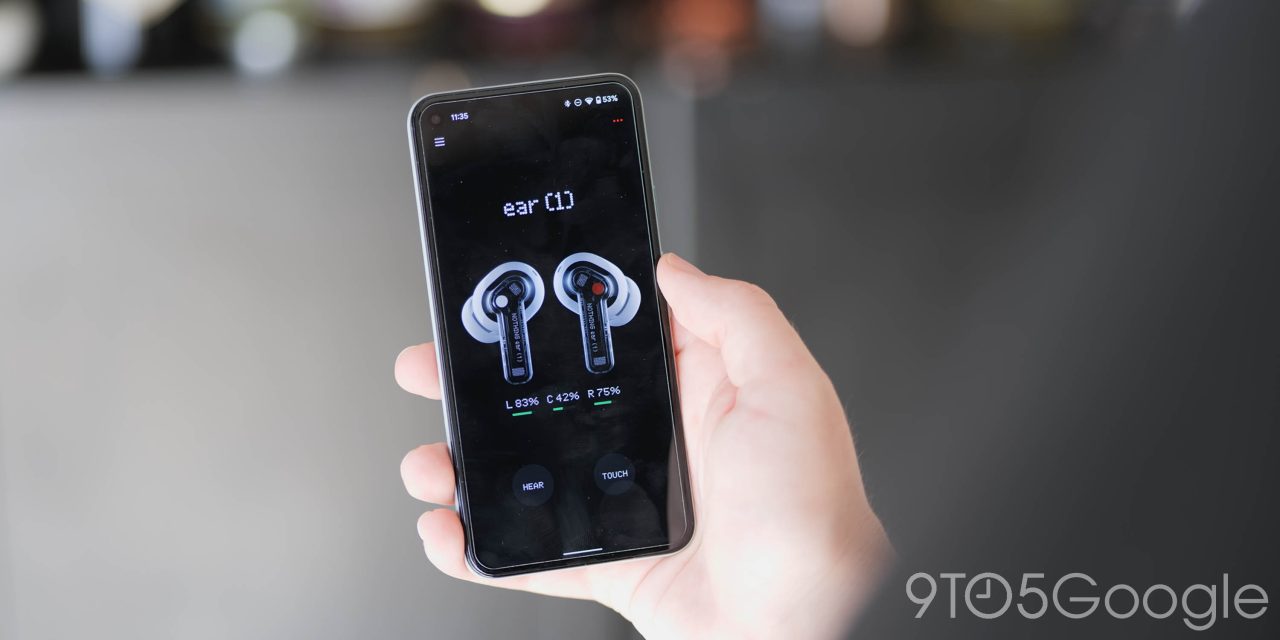 We may now have our first image of the upcoming Android phone from Nothing – the brand’s next step after its Ear 1 wireless earbuds – in the hands of company founder Carl Pei.

As was reported last week, Nothing is getting ready to make the jump from wireless audio into handsets with its first Android phone set to launch sometime in April. At the time, it was said that Nothing founder Carl Pei, previously a cofounder of OnePlus, would be showing off a prototype of the Nothing phone to “several key executives” at MWC.

Renowned leaker Evan Blass shared what appears to be a picture of one of these MWC briefings in progress, with Pei showing the phone to Qualcomm CEO Cristiano Amon. The image provides our first clues of what to expect from the Nothing phone.

Of note, in the image, the body of the phone appears to be primarily black, while earlier reporting suggested that the Nothing phone would have transparent elements, similar to the design of the Ear 1. One possibility is that the phone shown is simply in a case. It’s also possible that this isn’t the Nothing phone at all, though being shared by Blass lends the leak credibility.

In the corner of the phone, you can also see what may be the outline of the camera bump, potentially pointing to a squared design that appears to wrap around the edges. This design would be fairly reminiscent of the Galaxy S21 and S22 series.

Beyond that, though, there’s nothing concrete to glean about the soon to be announced Nothing phone from this photo, other than confirmation of TechCrunch‘s report. With any luck, that means we’ll get a better look at this phone in the coming weeks, either in the official announcement or future leaks.