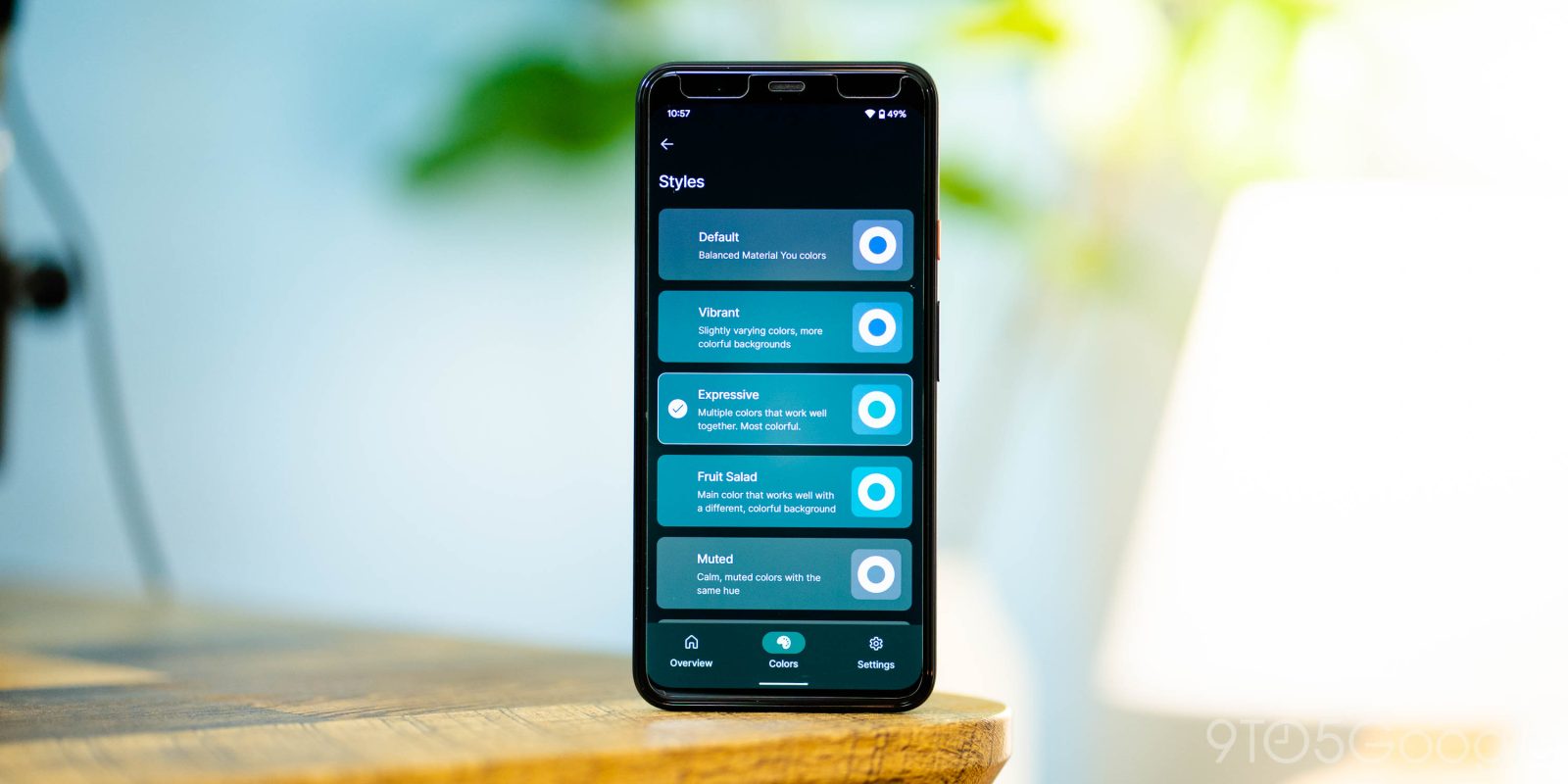 In case you missed it, Android 13 DP2 adds support for five new color styles that build off of Material You’s default palette. The new styles include Spritz, Vibrant, Expressive, Rainbow, and Fruit Salad. As we detailed last week, it’s very much possible to switch over to these new color styles using ADB commands, but it goes a bit beyond the basics.

Luckily, there’s now an easier way. Repainter, an app from Android developer Danny Lin (kdrag0n) used to tweak and customize Material You colors, has added support for selecting Android 13’s new Material You styles in a user-friendly interface. If you install Repainter v1.2.0, which is rolling out now, you’ll see a new “Styles” section on the Colors tab, underneath the app’s existing color pickers. Setting up Repainter is also easier than ever with a new setup process for Pixel devices.

Under that new Styles menu, you’ll be able to pick which color style you want to use, with some more obvious names attached too. “Tonal_Spot” become “Default” for balanced colors, and “Spritz” gets the much more accurate name of “Muted,” as it tends to desaturate Material You’s colors dramatically. Vibrant, Expressive, Fruit Salad, and Rainbow are all also visible and available to pick.

Personally, I’ve got to say that I’m loving what “Expressive” adds to the look of Android 13.

This new feature works on Pixel devices running Android 13 DP2, and is also available to other rooted devices on older versions of Android. Notably, the feature is also working on Android 12 for Samsung Galaxy devices, even if they’re not rooted. I was able to try the themes out on my Galaxy Z Fold 3, as seen below.