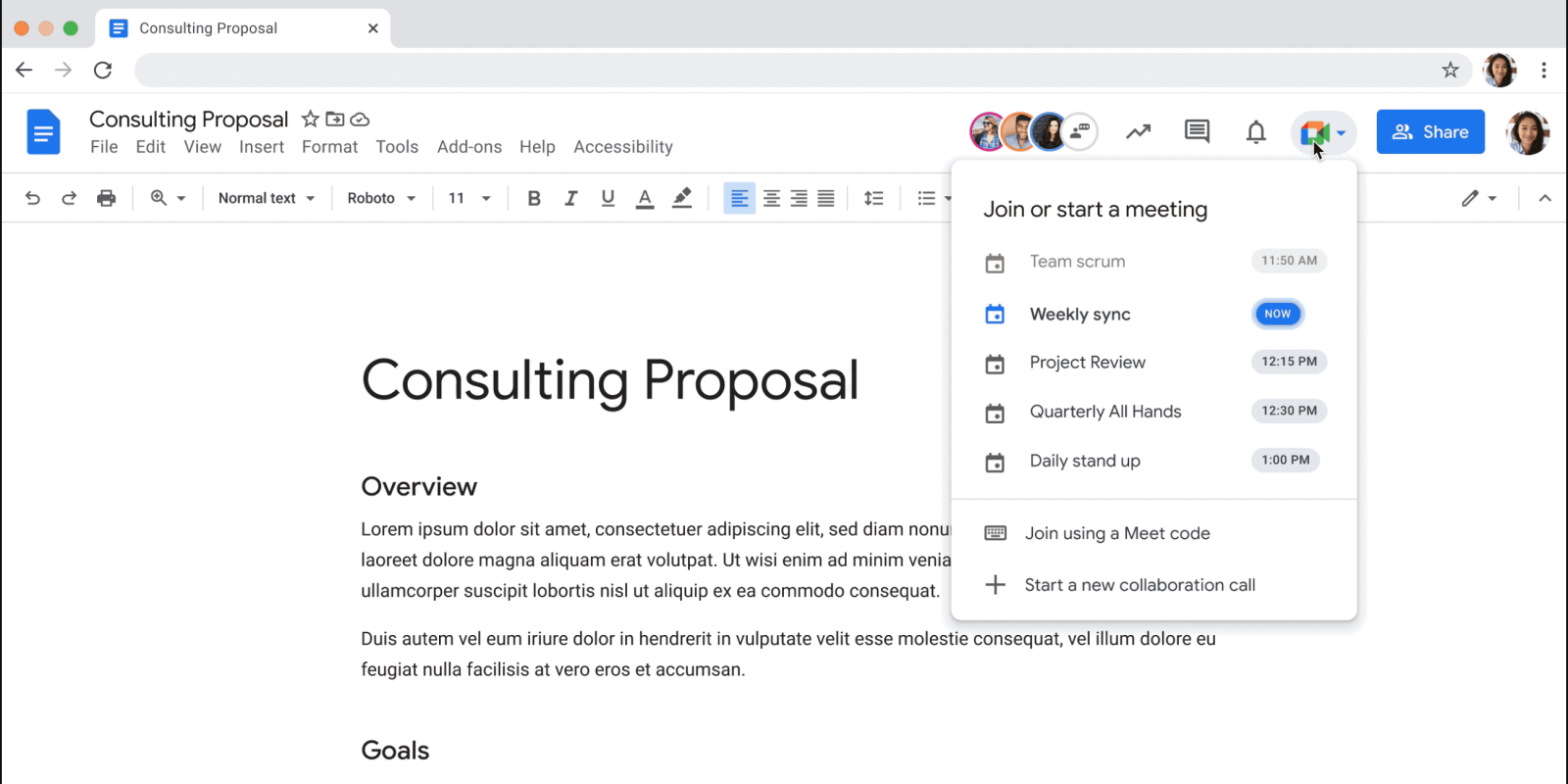 As announced at the end of last month, Google Meet is now built into Docs, Sheets, and Slides with a prominent new button that’s rolling out from today.

The current “Present to a meeting” button next to “Share” has been replaced with the Google Meet icon. This opens a menu that shows scheduled calls, while there are shortcuts to “Join using a Meet code” or “Start a new collaboration call.”

After selecting one, you’ll get a preview of your camera feed with quick controls to disable and mute, as well as a list of who is already in the call. Options include “Join this call” and the previous “Just present this tab” option. The former launches a sidebar right next to your document with people’s video feeds. Standard controls appear at the bottom, while you can see up to eight people.

We hope this feature makes it easier for everyone in the meeting to collaborate in real-time while having a conversation—all from the same tab.

This integration works with text documents, spreadsheets, and presentations on the desktop web interface. Google Meets in Docs, Sheets, and Slides is rolling out starting today and will be fully launched in the coming weeks.

Available to all Google Workspace customers, as well as legacy G Suite Basic and Business customers

Later this month, Google Meet users are also getting Picture-in-Picture (PiP) and emoji reactions on the web.