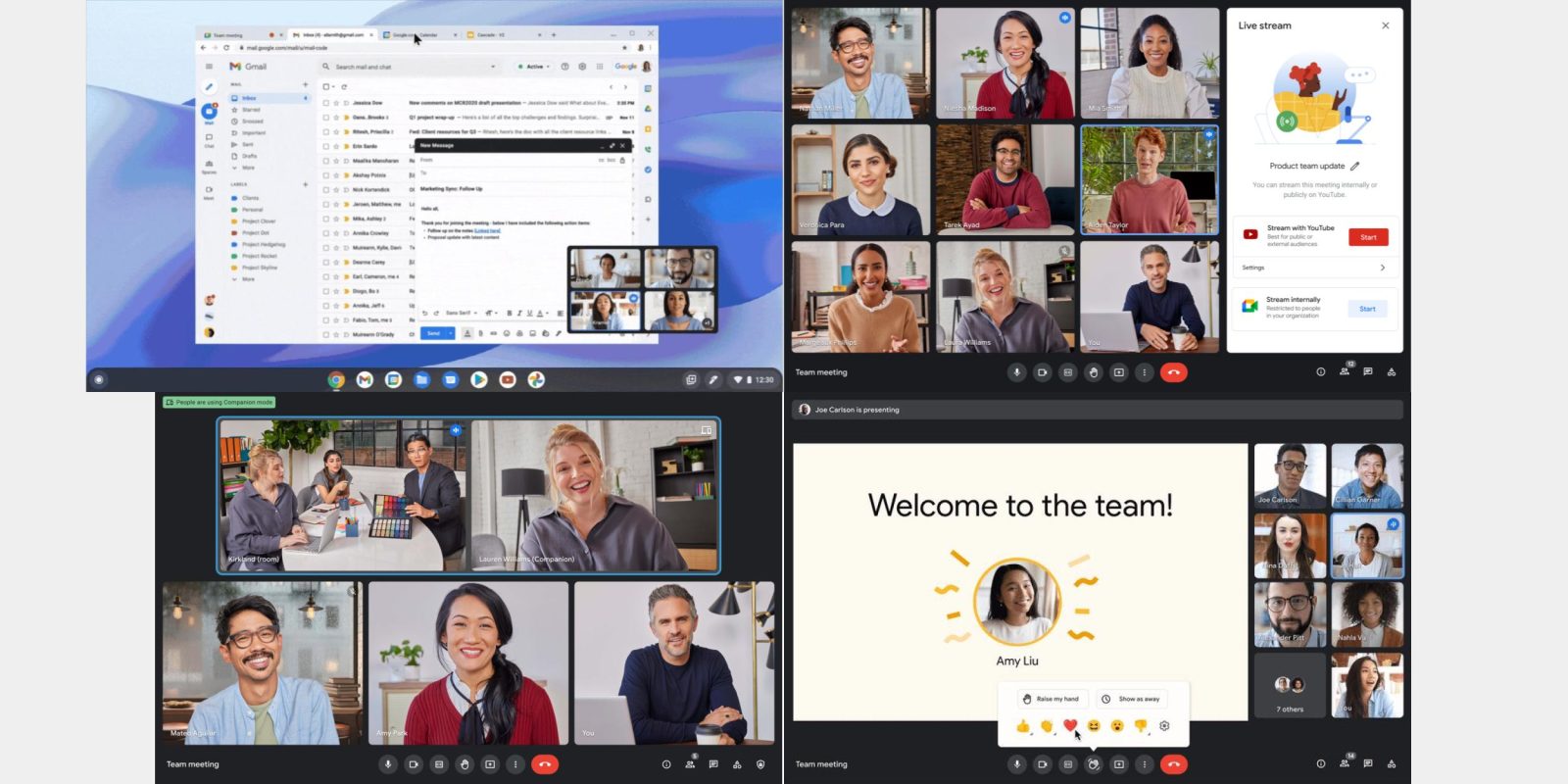 When G Suite was rebranded to Google Workspace in 2020, the company teased that Meet was coming to Docs, Sheets, and Slides. That Google Meet integration is now coming along with desktop web Picture-in-Picture (PiP), in-call reactions and more.

Meet video calls are coming directly to Google Docs, Sheets, and Slides in the “coming weeks.” A grid of up to eight video tiles can appear in a new right sidebar that’s launched from the pill-shaped button in-between comments and Share. Standard Meet controls appear at the bottom with the ability to go fullscreen available.

Wanting to call people when collaborating on documents is a fairly common workflow. You can already quickly “Present tab to meeting,” and Google is now letting you write and conference from one tab.

Meanwhile, like on the mobile apps, Meet in desktop Chrome is getting Picture-in-Picture so that you always see people (up to four feeds) as you multitask across tabs and windows. Clicking on the PiP will open the full Meet page, and this is rolling out “next month.”

Google Meet reactions are also coming in April. Six emojis will appear in the same menu where you can (on Workspace) “Raise my hand” or “Show as away,” while sent reactions appear over or to the left of video tiles.

Later this year, second screen Companion Mode will be updated to let people in conference rooms add their individual laptop feeds to let others better see expressions and gestures.

Google is improving Meet’s livestream experience by allowing enterprise attendees (up to 100,000 internally) to participate in Q&A and polls. Externally, Google is bringing YouTube livestreaming (under the Meet activities tab) to more Workspace tiers (also) “later this year” after initially announcing it for education users. The full list will include Enterprise Standard, Enterprise Plus, Education Plus, and the Teaching & Learning Upgrade.

Client-side encryption (customer-controlled/managed encryption keys), which is currently in beta as an option for enterprise customers, will launch in May. More notable is how “optional end-to-end encryption for all meetings” is coming “later this year.” Keys are generated and exchanged between clients, with additional details shared closer to launch.