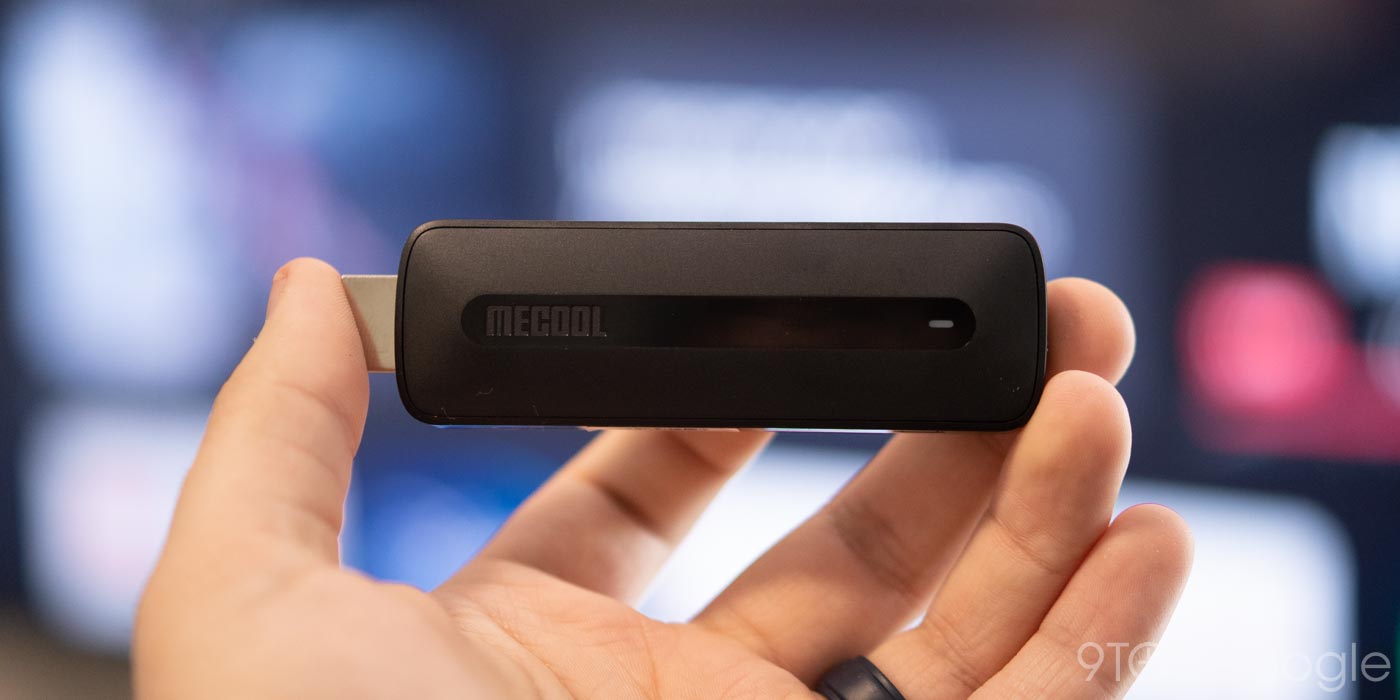 Google TV is a great way to stream your favorite shows and movies and keep track of where they are, too. However, there aren’t many pieces of hardware available to use the platform, unless you’re in the market for a new TV. The Mecool KD3 is one of the few valid alternatives to the Chromecast with Google TV, and in our experience using it for the past few weeks, it gets the job done well.

Mecool is a Chinese company that has been working on Android TV OS products for a while now, and the KD3 is one of the brand’s latest. This dongle runs on a pretty standard package for the platform, but is fully certified by Google to use the Play Store and the same Google TV interface that’s used on the Chromecast with Google TV and some TCL and Sony TVs. It’s also one of the few Mecool devices to support both Netflix and Prime Video without any fuss.

That background out of the way, what does the KD3 have to offer?

In terms of physical hardware, this is a pretty standard streaming stick. The black plastic body is unremarkable, which is fine since it’s sitting behind your TV. It comes with an HDMI extension cable to fit better with more TVs, something I’d wager most people will need given the slightly thick design of the dongle. The stick is powered up by a microUSB port, and runs efficiently enough to work without any fuss on my Vizio TV’s built-in USB port. Your results may vary based on the TV you’re using, but it’s certainly a plus to not need to run an additional wire.

The remote that ships with Mecool KD3 is the same one that we’ve seen on a lot of other Android TV OS devices over the past year, the G10 reference design that Google built with a partner. There’s nothing particularly unique going on here, with the gray version of the remote being used with a Mecool logo plastered along the bottom and shortcut buttons for YouTube, Netflix, Prime Video, and Disney+ along the bottom. There’s also a profile button up top, which isn’t very common yet. This works in Google TV by pulling up the profile selector, which for now is only useful for switching between an adult’s and a child’s profile. In the future, this will be very handy when Google TV’s full profiles roll out.

During several weeks with the KD3, the remote worked wonderfully with no issues disconnecting or lagging behind. The remote does support IR, which is handy as I did have some minor HDMI-CEC issues controlling volume from the KD3, through my TV, and to its connected HDMI-ARC soundbar. That’s a setup that is ripe for issues, though, so your results may vary. In my case, it would work fine for a few days, and then randomly choose not to. CEC for turning the whole system on and off, though, worked very reliably.

Under the hood, the KD3 runs on top of an Amlogic S905Y4, a newer chip that supports the AV1 standard. While that compression standard isn’t in wide use today, it does offer a bit of future-proofing for the KD3 that ensures it will work for years to come with a variety of streaming apps.

One of the major perks you’ll find with the Mecool KD3 over the Chromecast is in the storage department. The KD3 has the same 8GB of fixed built-in storage as Google’s dongle, which hasn’t worked out so well for that product, but there’s an official solution for expanding that storage. While I wasn’t sent the cable with my review unit, Mecool sells the KD3 with an optional “OTG” cable that adds a full-size USB port to the charging cable on KD3. This effectively allows any form of USB storage, such as a cheap flash drive, to act as expanded storage. 8GB is still limiting, but this $1 upgrade will certainly ease that pain quite a bit. By contrast, Google offers no way to expand the Chromecast’s storage, and solutions similar to this tend to be pretty messy with the Chromecast.

Overall performance of the KD3 in streaming apps was admirable, if expected. The Google TV experience performs roughly identical to the Chromecast, if not better at times just given my Chromecast units are aging.

YouTube and Disney+ were my primary test scenarios for streaming, and both apps worked without any problems whatsoever, passing along 4K HDR in the latter’s case without any noticeable problems. I’m not currently a Netflix subscriber, so I can’t speak to the performance of the service on this device in particular. Dolby Audio kicked in on my soundbar, and Dolby Vision worked with compatible content too.

On the software front, it’s also important to note that this device ships with Android TV OS 11 under the hood. That’s a full version ahead of the Chromecast with Google TV. While there’s no word right now on an Android 12 upgrade, I wouldn’t count it out. No security updates were delivered during my time with the KD3, with the dongle still running the February 2022 security patch at press time. As a plus it does use Google’s update delivery system, rather than a third-party option.

The Mecool KD3 is overall a solid Google TV streaming stick, but it faces stiff competition. At $63 from Mecool’s website and around $80 on Amazon, it’s hard to imagine who might find this device more compelling than Google’s $50 Chromecast or Walmart’s Onn streamers, which also ship with the same great remote. The only standout is availability. Mecool will ship the KD3 virtually anywhere, with plugs available for the US, EU, and UK markets. Meanwhile, Google only sells the Chromecast officially in 10 countries, and the Walmart streamers are only sold in the US.

Mecool has also provided 9to5Google readers with a 15% discount on the KM3, using the code 15KD3 on the Mecool website.