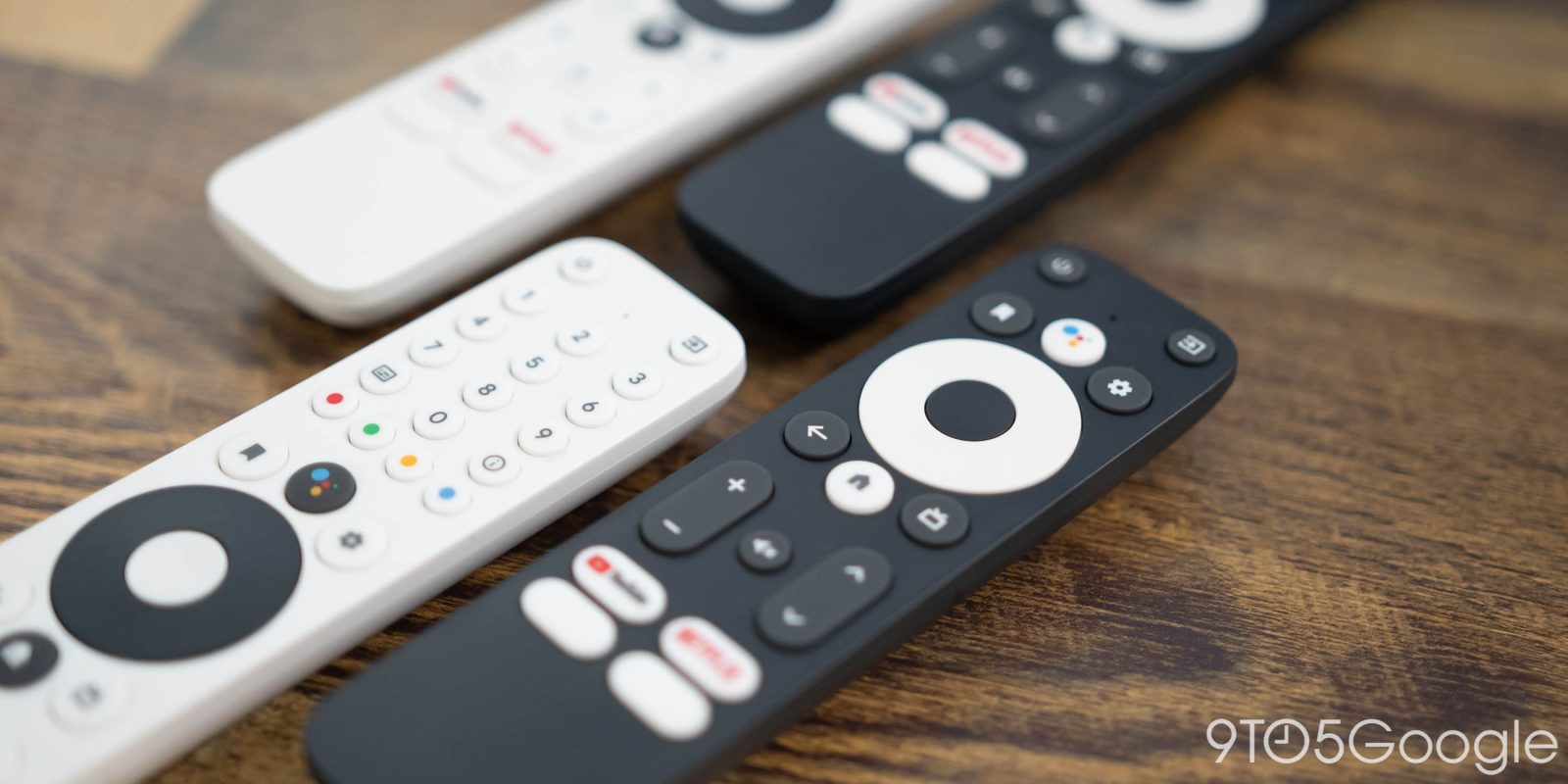 TV remotes can end up being a deeply personal thing and the design matters. Some remotes feel cheap in the hand or have buttons that don’t feel nice to press. Others are too thin and have stupid navigation methods and take 6 years to replace with one that’s still too expensive. As Android TV expands, it’s an issue that Google is attempting to curb by setting a standard with the G10 and G20 reference remotes. After using them for a bit, I think they’re a delightful standard for manufacturers to use.

Manufactured by UK-based TW Electronics but designed under Google’s hand, the G10 and G20 remotes are set to be used on a huge number of Android TV and Google TV products over the next year. Examples that we know about already include the duo of Walmart streaming devices, an upcoming streaming dongle from Anker/Nebula, and the Mecool KM2. These all utilize the smaller G10 design.

Starting with the G10, we’re looking at a 22-key design that includes dedicated buttons for four apps, a live TV button, a watchlist button, and also keys for Assistant and settings. There are also the usual navigation keys, volume, mute, and channel up/down. Power and input buttons round out the package. Each remote also has an IR blaster which can be used for power, input, and volume functions. However, this only works if the Android TV device supports it and, generally, that means it’ll only work if one of these remotes was included with the device.

For devices that offer live TV service, there’s also the G20 design. This Android TV remote has all of the same functions and core design as the G10, but adds a full number pad to the top along with four programmable color keys, a captions shortcut, and an information button.

This remote would most likely be used with actual TV panels or devices similar to the Verizon Stream TV or TiVo Stream 4K. By default, Android TV apps don’t accept number inputs, so the buttons would have to be mapped to a specific app as is seen on those two devices.

With both remotes, I was pleasantly surprised by the hardware throughout. The buttons are all tactile without emitting a loud click or leaving room for squeaks as the remotes age. The rounded bottom feels great in the hand, too, and both are well-balanced. Despite its height, the G20 felt especially nice in the hand during daily usage.

In how they feel in the hand, the comparison between these and the Chromecast’s remote is definitely in the favor of these reference designs. The flatter design feels slightly better in the hand and the texture also provides more grip without feeling tacky. Navigation is also improved as the extra room above the D-Pad makes the G10 and especially the G20 feel more ergonomic compared to the Chromecast remote.

As far as the colors go, both feel identical in the hand, but I’m certainly partial to the “Dark Anthracite” color over the lighter “Rock Candy.” The contrast of the buttons looks great, especially with the white D-Pad and Assistant icons. The battery situation is also pretty standard with a pair of triple-A’s in either remote. The back door is also very easy to remove, but didn’t pop off when I dropped either remote from couch-height.

Overall, there’s really not much to complain about. These are well-designed remotes that are a great baseline for any Android TV device to work off of.

Unfortunately, it’s not all good news. You might be wondering if you can use these remotes with a Chromecast with Google TV and, you can, but not to its full capacity. General buttons work such as the navigation D-Pad, home, back, Assistant, and volume. The “Watchlist” button also works, enabling users to easily add content to their watchlist just by hovering over it and tapping the button.

Android TV power users are probably familiar with an app called Button Mapper, and the plethora of unused keys on these remotes paired with that app can lead to some big ideas. Sadly, though, Chromecast with Google TV doesn’t receive input at all from most of the extra buttons on G10 on its current firmware. Future software updates could open the door to more, but right now the input, settings, YouTube, Netflix, and the other two blank app buttons don’t work properly. They’re recognized by the Button Mapper app, which is nice, but the YouTube and Netflix buttons work in reverse. That only applies to these sample units, though, and may not apply to models you’re able to obtain.

However, the G20 is exactly the opposite. That remote with its number pad, four unlinked buttons, and buttons for info and closed captioning supports many more options on the current Chromecast firmware. All 16 of those buttons are recognized by Button Mapper even though they don’t do anything on the Chromecast’s software by default. That opens a whole lot of tantalizing possibilities.

The other bit of bad news? You can’t simply buy these remotes on their own for use with the Chromecast or other Android TV devices. You can technically get the G10 remote with the cheap Walmart Android TV streamers, but it faces the same problems. For the time being, it’s best to wait if your intention is to use this remote with the current Chromecast. It’s possible that either of these will be sold independently at some point, though TW Electronics couldn’t confirm if that was planned.