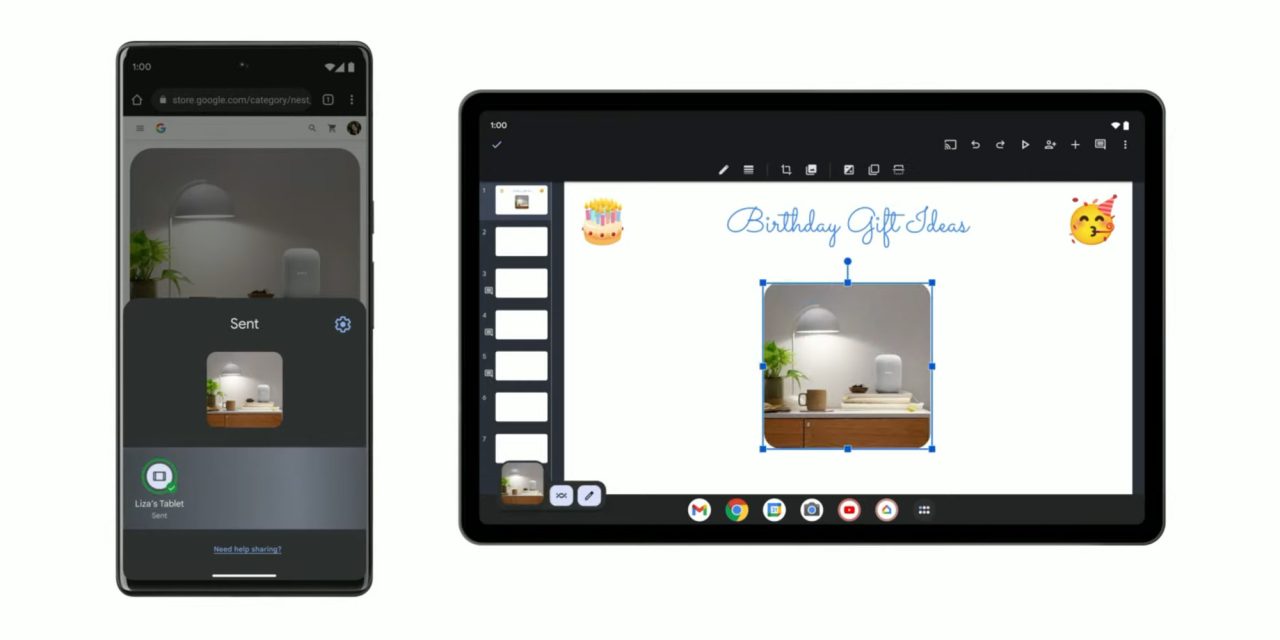 Android 13 is full of new features and improvements that really fall into the quality-of-life category. One of these new features is cross-device copy and paste on Android 13. Simply copy something on one device, share it with the other, and paste it anywhere you want.

During Google I/O 2022, speaker Liza Ma broke down a lot of features specific to Android that make our lives that much better. One of the features she went through was a new tool that allows users to seamlessly copy something on one device and paste it on another. No messaging or emails are required.

In the keynote, an animation was shown displaying how the feature will work. In essence, you’re able to take one device and copy a piece of text or image and share that clip from your clipboard. By sharing with what looks like Nearby Share, you’re able to send the copied material to another device. Once received, that device can paste that media anywhere. While it doesn’t seem as easy as copying on one and pasting on another, it is a lot easier than the methods we have now, which for some – myself included – involved sending a Slack DM to yourself and copying that media again.

In Android 13, copying something will look a little different. In the demo, you can see that the Android device treats a new copy as a screenshot, wherein the media is shrunk down to the corner and displayed there. On the side of that window are a small Nearby Share icon and Edit pencil. This redesigned feature already exists in Android 13 betas now and is a neat little reimagination of copying text.

Google made mention that this new feature would be making its way to “Android phones and tablets with Android 13 this fall.” This likely means the copy and paste feature on Android 13 will roll out with the full public release.