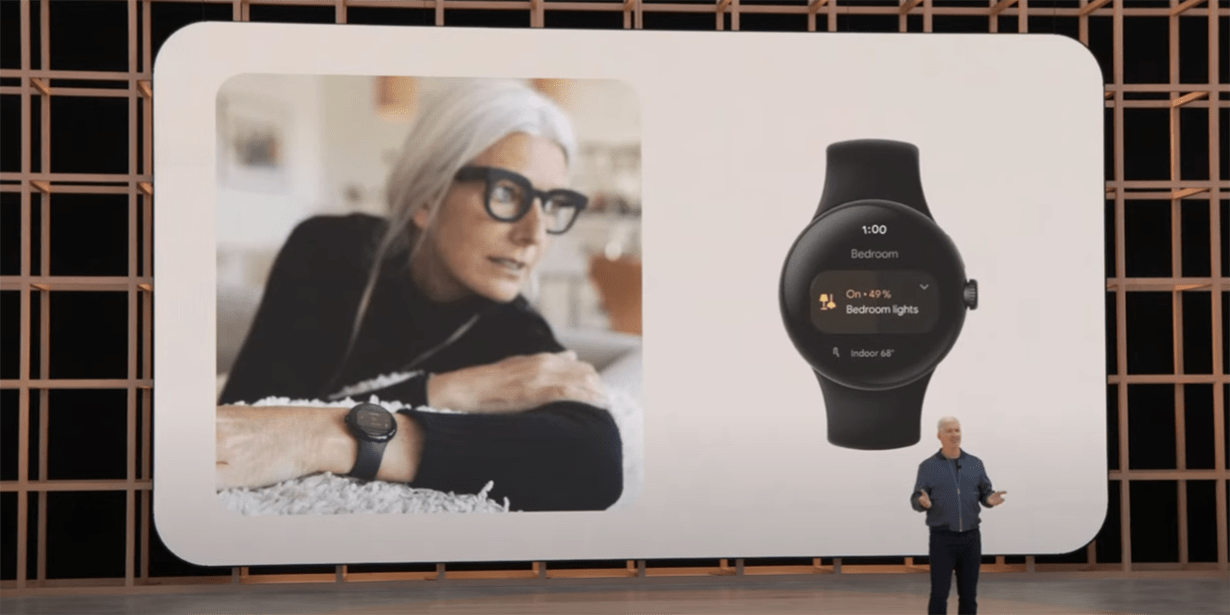 Google neglected Wear OS for years, but it seems the company is finally ready to take things seriously. Alongside the reveal of the Pixel Watch earlier today, the company also confirmed that, finally, Wear OS is getting a Google Home app.

The Google Home app has been around for several years now as a one-stop place for controlling various smart home devices, whether they were Google’s own Nest products or third-party lights and other products. The app gives users access to quick and easy controls, no voice controls required.

As it stands today, there are very few apps that offer smart home controls through touch on Wear OS.

However, Wear OS has always relied entirely on voice controls to do anything with the smart home, lacking any sort of Google Home integration. At I/O, Rick Osterloh himself announced that a Google Home app is coming to Wear OS at some time in the not-too-distant future. While we don’t have a ton of details on this app, we did get a quick preview during Google’s announcement.

Seen below, the Google Home app for Wear OS will share its design largely with the app on smartphones. Slideable objects will allow users to control the brightness of lights in an entire room, while a Nest Thermostat can be adjusted with “+” and “-” buttons. Google also points out that cameras will also be able to send motion alerts to Wear OS, but that functionality already exists. Presumably, though, it will work even better with the native app.