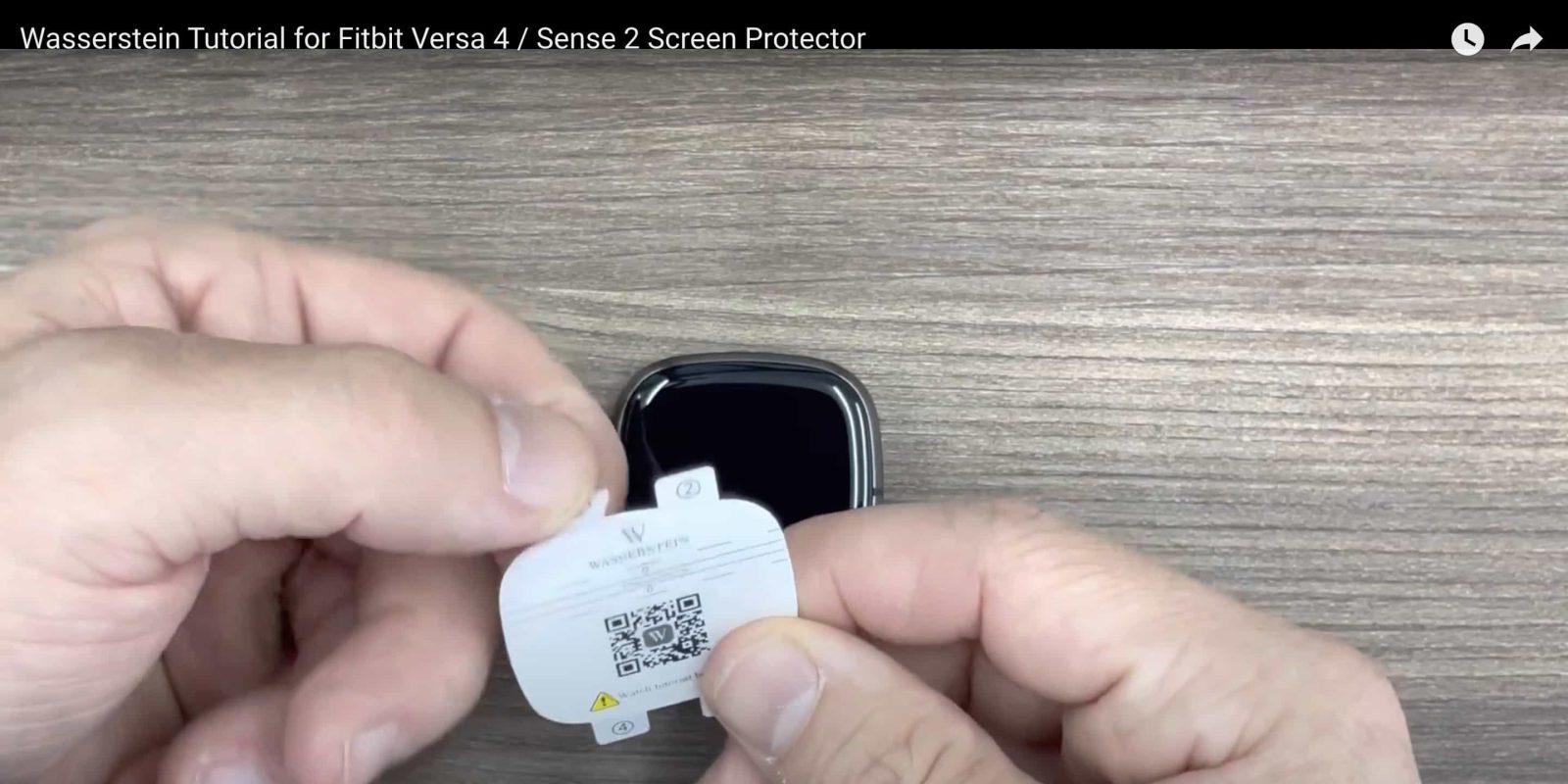 We shared a first look at the Fitbit Versa 4 at the start of May while also reporting on its product name, along with that of the Sense 2. Additional confirmation of upcoming Fitbit wearables and their branding now comes from a familiar accessory maker.

In March, we first spotted Fitbit app code that revealed how two new smartwatches in development would feature a screen resolution (336 × 336) that’s identical to the current Sense and Versa 3. That similarity was confirmed when we shared a look at the Versa 4, with the only major hardware difference being how the button was no longer indented but rather protruded.

An official YouTube video from Wasserstein that was posted on May 19 provides an installation “Tutorial for Fitbit Versa 4 / Sense 2 Screen Protector.” That company is especially known for making approved Google Nest accessories. This includes a Nest Cam solar panel, anti-theft mount, Nest Doorbell mount, and adjustable stand for the Nest Hub and Max.

After already selling a similar accessory for the Charge 5, which is what the in-product QR code links to, Wasserstein implies that it’s making a screen protector for the currently unreleased Versa 4 and Sense 2.

However, it’s important to note that said accessory is being applied to what looks to be the original Sense in the video. What we see in the two-minute clip is not one of the unreleased products, as the button, sensor, and cutout placements are unchanged.

That said, it reaffirms how accessories for the Sense 2/Versa 4 will be compatible with existing Fitbit smartwatches as the screen is unchanged. We also previously reported that the existing set of Fitbit bands will continue to fit and that the watches will continue to run Fitbit OS instead of Wear OS 3.

Wasserstein’s Fitbit Versa 4 and Sense 2 screen protector is not yet listed by retailers, but prep work for the new watches is clearly being done by third parties.