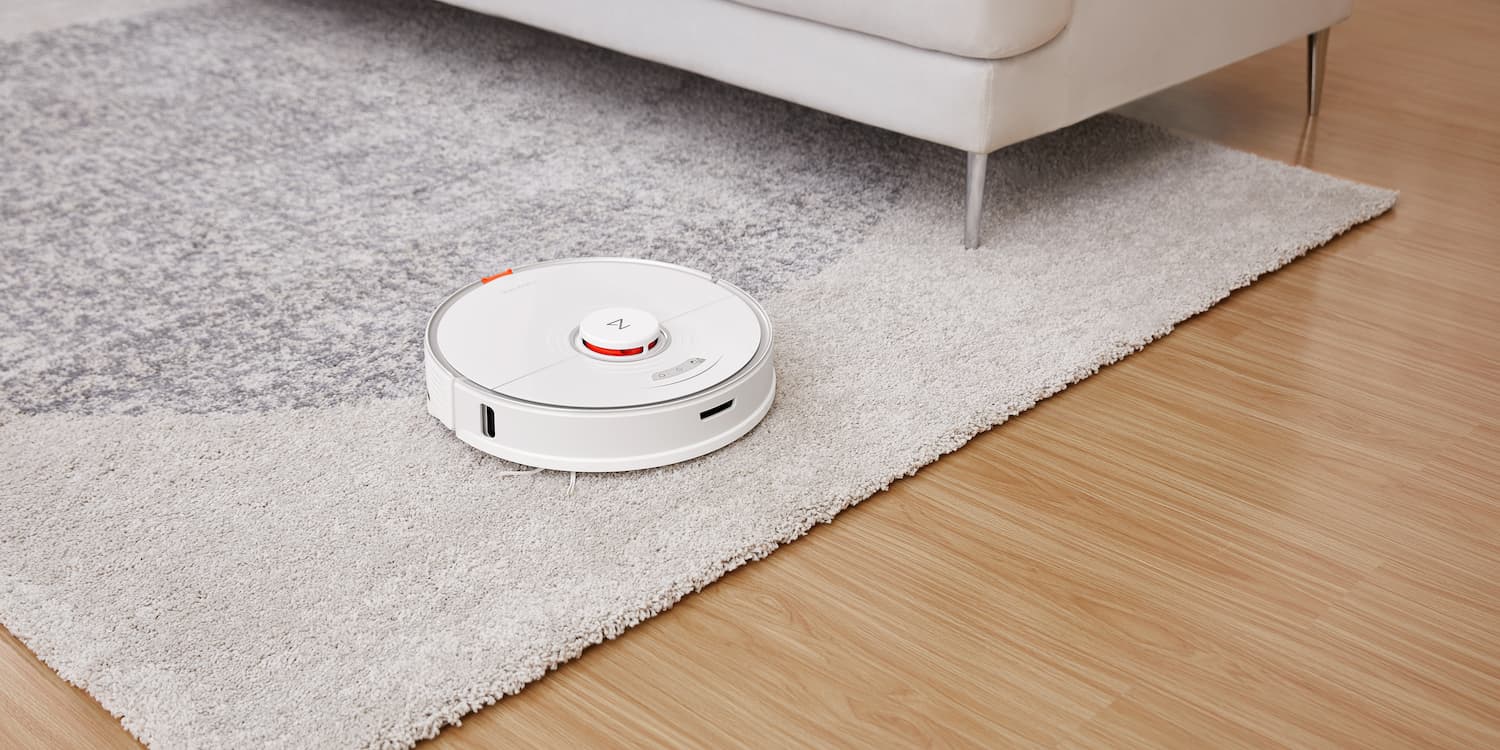 Amazon Prime Day is coming up quick, and with it some excellent deals on home tech are up for grabs. Roborock is joining in on the Prime Day fun with major discounts on nearly a dozen products, but headlined by the best sale ever on the Roborock S7.

Roborock S7, the best sale ever!

The Roborock S7 is largely viewed as one of the best robot vacuums you can buy, particularly thanks to its stellar mopping functionality. The vacuum itself features strong 2500Pa suction and a rubber brush that’s easy to keep clean. But on the back, there’s a mop that has a 300ml tank for cleaning your entire home, plus the mop can retract itself when the machine rolls over carpet. The mop further uses sonic technology to scrub your floors, allowing for a highly effective but completely automatic cleaning.

9to5Google spent some time with the Roborock S7 in 2021 and called the machine a “near-perfect” floor cleaner, especially praising the built-in mop.

The mop has “sonic technology” that moves the mop pad back and forth “up to 3,000 times per minute.” Marketing talk aside, this means the mop will actively scrub your floor as it moves through the home. This, put simply, makes it the best mop attached to a vacuum today. You will almost definitely get better results from a dedicated robot mop, but I was incredibly impressed with how well this mop cleaned the floor, something I could actually feel if walking around barefoot after a cleaning. This motion earned our S7 the nickname “Moe,” after the robot from Wall-E.

Meanwhile, the Roborock S7+ will be discounted to $709, down $240 from its usual $949 price tag. That sale lasts through the same days, but what’s different about the Roborock S7+?

The biggest difference here is that with the S7+, you’re also getting Roborock’s Auto-Empty dock. This accessory allows the Roborock S7 to run for days without being touched, and offers a much more convenient and clean way to empty the dust and debris it picks up.

Also on sale for Prime Day is the Roborock S7 MaxV, which takes all of the best aspects of the S7 and turns it up a notch. That includes more than doubling the suction power of the vacuum, for a highly effective cleaning in any home. This model also features the ability to recognize and avoid objects on the ground, even if it’s at night. It even has a built-in video camera so you can see what the vacuum sees.

Perhaps one of the best deals in Roborock’s Prime Day lineup is with the Roborock S5 Max, which is down $200 to a price of just $349.

This vacuum strikes a great balance between price and functionality, offering the same LIDAR navigation for efficient cleaning as Roborock’s high-end models, but with a much more affordable price. That navigation method also allows for excellent app controls for selective room cleaning, no-go zones, and even no-mop zones for the attached wet mop to avoid getting a carpet wet.

$349 is the lowest price ever for a brand-new Roborock S5 Max, and certainly a great deal for anyone looking to buy.

Other Roborock vacuums on sale as much as 44% off

Outside of the few models we’ve discussed so far, Roborock has several other vacuums on sale for Prime Day, with some great values for every price point!

The most affordable of the bunch is the Roborock E5 Mop, which is down to $199, 44% off of its normal price and easily the most vacuum you’ll be able to get at this price point. It’s on sale just for Prime Day, from July 12 through July 13.

Another great option outside of the usual robot vacuum is Roborock’s Dyad manual vacuum, which is a wet-dry vacuum that not only sucks up dust but efficiently scrubs your floors. It also has a self-cleaning dock for effortless maintenance. For Prime Day, Roborock has the Dyad on sale for 30% off, bringing the price down to $314 through July 16.

Roborock Prime Day – Here are all the deals

To close things out, here’s every deal that Roborock is running for Prime Day.