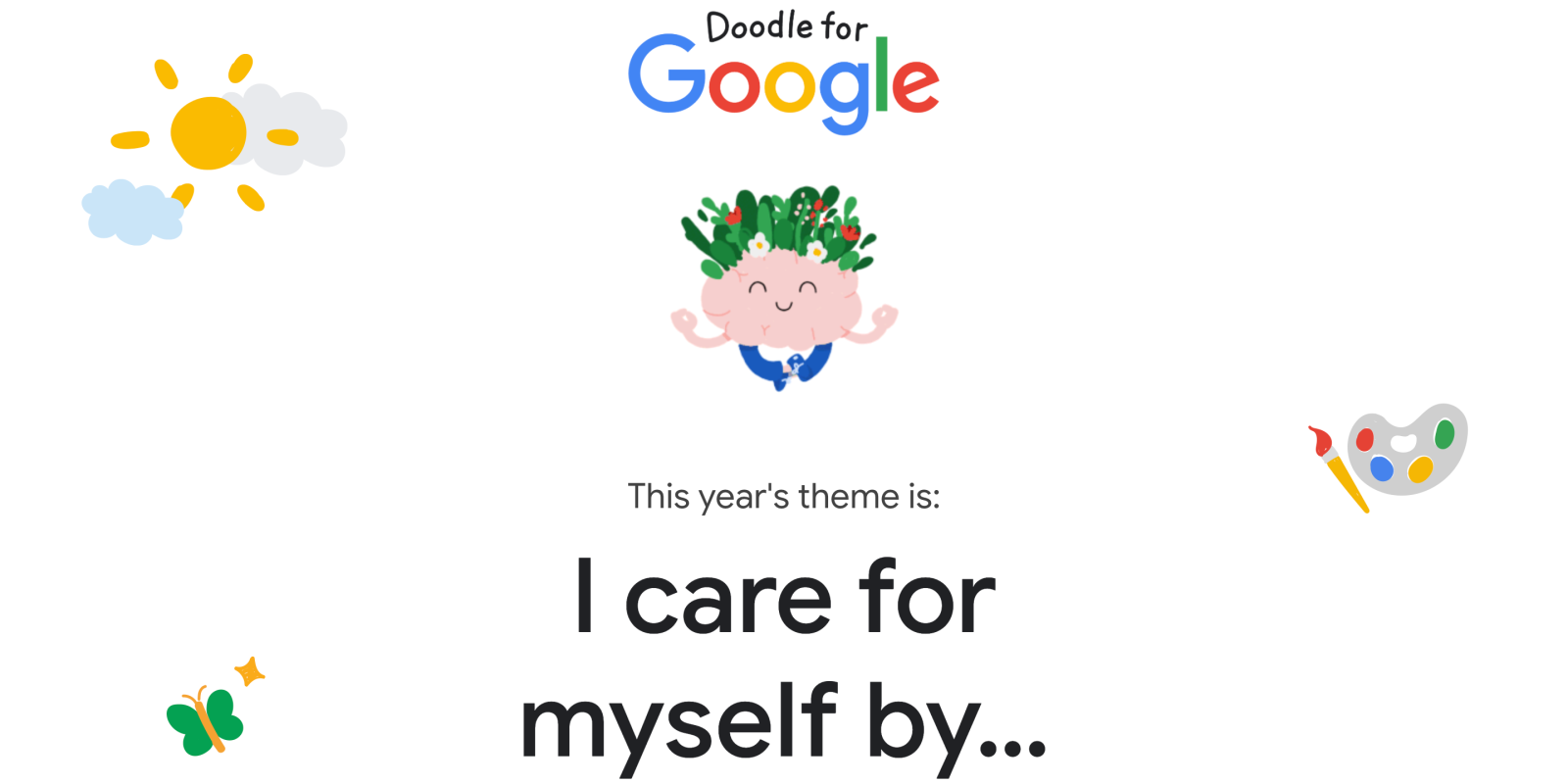 Following a round of public voting, Google has unveiled the five student-made finalists for Doodle for Google 2022, for the theme “I care for myself by…”

Every year, Google hosts a “Doodle for Google” contest in which students from across the United States are invited to create artwork that could potentially be shown on the Google.com homepage. This year’s theme — “I care for myself by…” — has been a showcase of the ways that each child/teen chooses to recover from the stresses of life.

From the thousands of submissions, Google’s panel of judges — which this year features Selena Gomez and Juliana Urtubey, 2021’s National Teacher of the Year — picked the best artwork from each US state and territory. Next, Google opened up public voting to pick the best Doodle artwork from each grade range.

The votes have now all been tallied, and the five Doodle for Google finalists have been revealed. Now the judges will pick one of these five Doodles to be showcased on the homepage.

First up, in the K-3 division, we have a finalist from Maryland who entitled their work “Dreaming of my bright future.” The Doodle shows a child sleeping beneath a fantastical scene that spells out the word “Google” with fish, planets, and more.

A Doodle from a student in Delaware was chosen to represent grades 4 & 5. Entitled “Family will always care for you,” the artwork shows a heartfelt moment of peace with four family members sitting together and enjoying their individual hobbies. The lower half of the Doodle features a quilt, which spells “Google” across its patchwork.

For grades 6 & 7, we’re treated to a Doodle from Pennsylvania titled “My self love.” This Doodle is particularly evocative in its use of the idea of smell, with the artist sharing how much they “love to make delicious African dishes.” The word “Google” is spelled out in cursive with the steam wafting from the plates.

The finalist from Missouri, representing grades 8 & 9, leaned on a love of the outdoors with “The life-cycle of health.” The idyllic scene of two kids — and their adorable pets — playing outside spells out “Google” with the scenery, including a bicycle, a flower, and a dog.

Lastly, the finalist for grades 10-12 reminds us all that we’re “Not alone.” The Doodle is minimal in an effective way, allowing the central scene of a hug to take the center stage. The Florida-based artist took inspiration from their own struggles to allow others to help when they’re hurting.

In addition to the Google hardware and swag all 54 state/territory winners have received, each finalist will receive a $5,000 college scholarship. The winning student will instead receive a $30,000 scholarship, along with a $50,000 technology package for their school.

Which of these Doodle for Google 2022 finalists will you be rooting for? Let us know down in the comments.