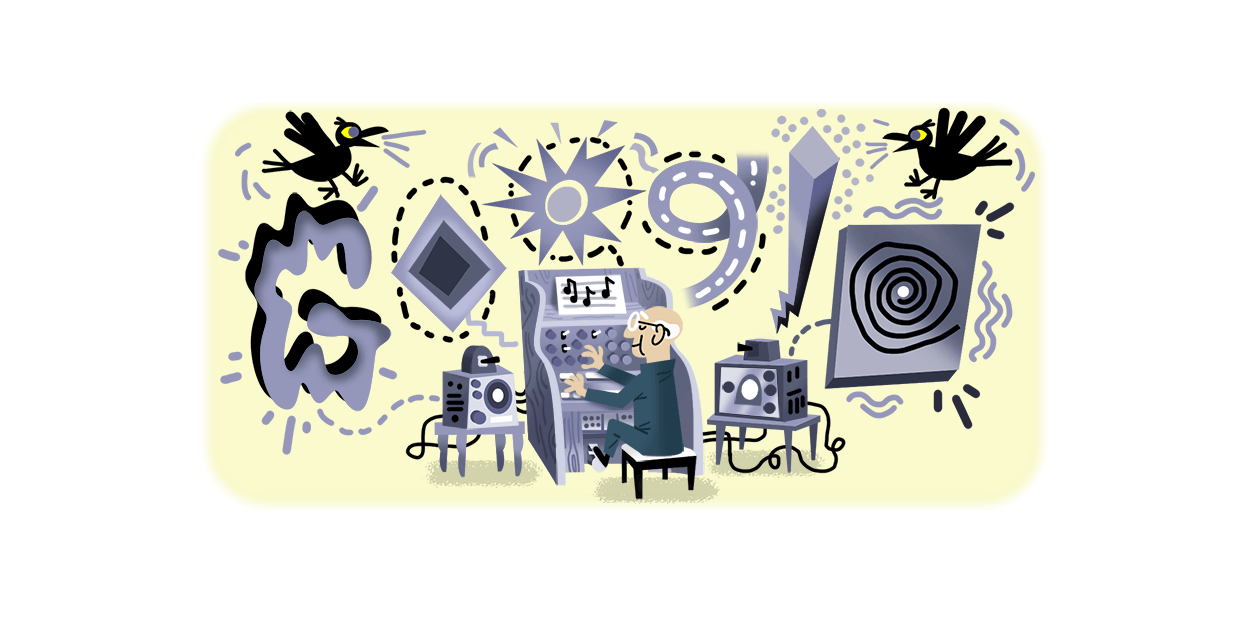 Today’s Google Doodle honors Oskar Sala, the German musician who helped pave the way for electronic music through the creation of the Mixtur-Trautonium instrument.

Oskar Sala was born on July 18, 1910 in Greiz, Germany into a family of musicians and music enthusiasts. From an early age, Oskar learned instruments including the piano and violin, even composing his own songs for both.

Things changed for Oskar Sala around 1930, with Friedrich Trautwein’s invention of the “Trautonium,” an instrument that used a resistor wire and a metal plate to create a sound wave electronically. While electronic music today is typically created using a synthesizer, that instrument didn’t become practical until the 1964 debut of the Moog synthesizer. In that way, the Trautonium and other instruments like the theremin were precursors to the synthesizer and modern electronic music.

Sala was deeply inspired by the instrument and the unique sounds it could create. As such, he became one of the only musicians of the time to master the Trautonium, even playing public concerts to help introduce the instrument to the public.

Oskar Sala then attended the University of Berlin where he studied physics, starting in 1932. This education allowed him to collaborate with Trautwein to enhance the Trautonium with new capabilities.

This work ultimately led to the development of the “Mixtur-Trautonium,” so named for its ability to mix together multiple sound waves, allowing the previously monophonic instrument to have multiple musical “voices.”

Following the enhanced instrument’s debut in 1952, Oskar Sala went on to record multiple albums and film scores with it. Easily the most prominent contribution Oskar Sala had on pop culture was the variety of sound effects he created for Alfred Hitchcock’s 1963 film The Birds; the electronic nature of the Mixtur-Trautonium undoubtedly contributed to the movie’s unsettling nature.

Oskar Sala continued to develop and improve the Mixtur-Trautonium for the rest of his life. Before his passing in 2002, Sala taught musician Peter Pichler both how to play the Mixtur-Trautonium, carrying the instrument forward for another generation. Today, Oskar Sala’s original Mixtur-Trautonium is in the possession of the German Museum for Contemporary Technology (Deutsches Technikmuseum) in Berlin.

To best celebrate the life and legacy of Oskar Sala, today’s Google Doodle shows an illustration of the man himself, playing the Mixtur-Trautonium. Each letter of the word “Google” is stylized in a wildly different way, much like the Mixtur-Trautonium was able to produce an impressive variety of sounds. In the top corners, the artist has also included what appear to be two ravens, harkening to Sala’s contribution to The Birds.