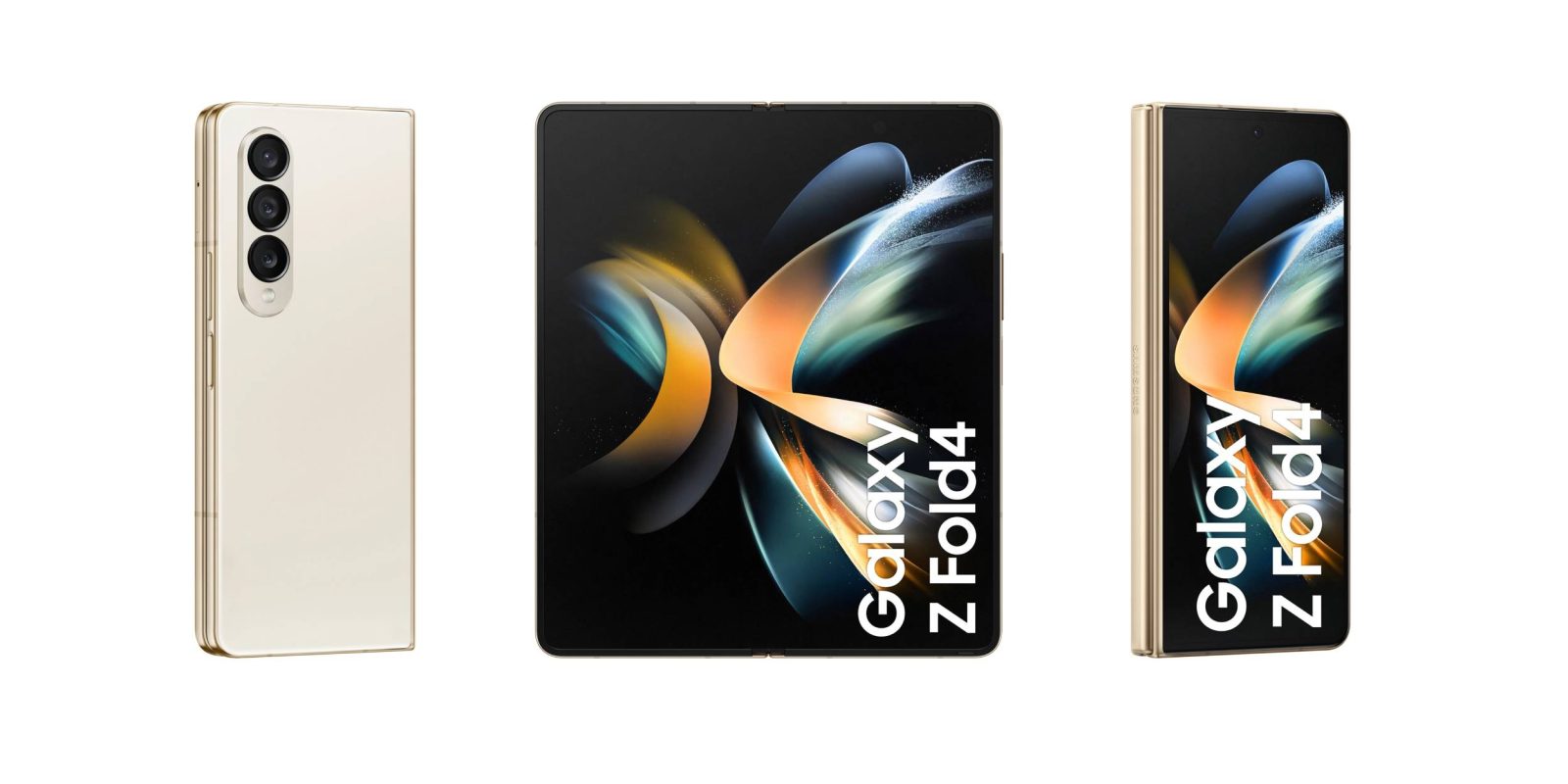 Samsung is set to launch its next batch of foldable smartphones in just a couple of weeks, and tonight we’re getting our best look yet at the Galaxy Z Fold 4 in three colorways, including a stunning gold option.

There have already been a few key leaks of the Galaxy Z Fold 4 to date, including information on its spec sheet, how Samsung is altering the design, and hints that the display will limit the crease in the foldable display.

Now, 91Mobiles has a published a gallery of official-looking renders of the Galaxy Z Fold 4, showing off the device in detail in each of its three primary color variants – Black, Gray/Green, and a frankly stunning Beige/Gold.

In these shots, the design of the Fold 4 appears virtually identical to the Galaxy Z Fold 3, right down to its camera module. Originally, we were expecting the Fold 4 to adopt a look more like the Galaxy S22 Ultra, which ditches a large camera module for individual circles for each lens. But really, there’s nothing to complain about here, as it’s a great look.

It’s hard to see the changes in aspect ratio from these shots, without a point of comparison, but Samsung is expected to be aiming for a wider outer display while making the inner display more of a square shape.

Samsung already has reservations open to pre-order the Galaxy Z Fold 4, with reservations earning customers up to $200 in additional credit when they do purchase a device – these reservations include Fold 4, Flip 4, and Watch 5.