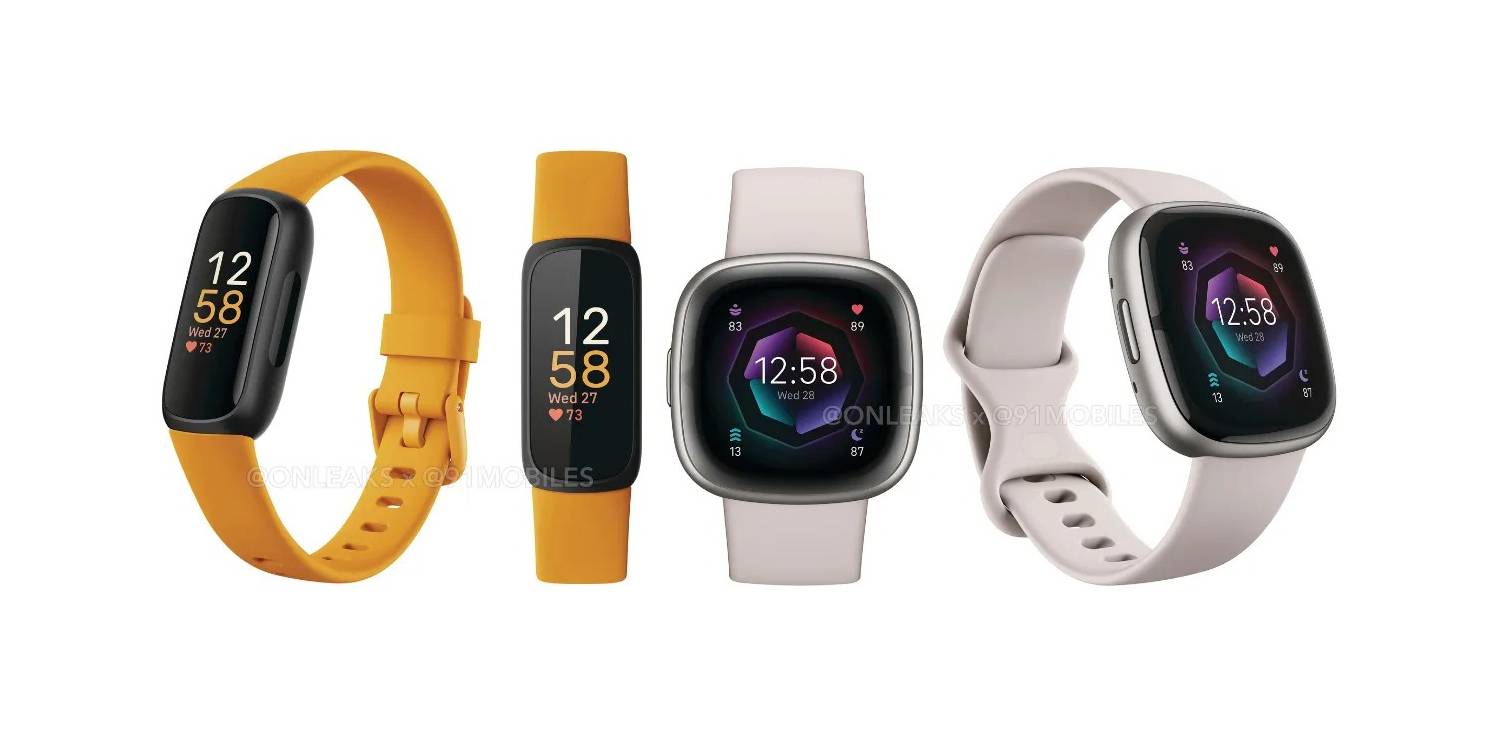 We’ve reported on multiple occasions regarding Fitbit’s upcoming lineup of smartwatches and fitness trackers, and now we’re getting our best look yet at the Fitbit Sense 2, Versa 4, and Inspire 3.

A handful of renders that appear official have hit the web courtesy of @OnLeaks and 91Mobiles, the former claiming they are press renders.

These images show off the design of the Fitbit Sense 2, Fitbit Versa 4, and Fitbit Inspire 3 in excellent detail, giving us by far our best look yet at each of the products. Looking first at the Sense 2, we can see Fitbit’s subtle updates to the design including the new physical button and new microphone positions. It’s the same design we first reported on in early May.

The other change that’s obvious in these renders can be seen around the bezel, which now has a surface used for the ECG sensor instead of building that into the metal frame. We were also first to spot that change last month.

In these renders, we can see the Fitbit Sense 2 in “Gold,” “Graphite,” and “Platinum” bodies, with pale blue, black, and light grey bands – as per usual, Fitbit is expected to offer far more options for bands.

As for the Fitbit Versa 4, we can see largely the same look with the new physical button, but the design is otherwise mostly unchanged from the Versa 3. There are no additional sensors around the bezel, as the Versa series lacks ECG.

Interestingly, the Versa 4 is only pictured in two colors – “Graphite” and “Rose,” both with matching bands in these images.

And finally, there’s Fitbit’s new dedicated fitness tracker, the Inspire 3. This tracker is Fitbit’s most affordable in the lineup, generally speaking, with the Inspire 2 having cost just $79 when it launched last year.

While pricing on the Fitbit Inspire 3 remains unclear at this point, the one obvious change on the device is that Fitbit is switching to a color display. The Inspire 2 shipped with a black-and-white LED experience that Fitbit has mostly shifted away from in recent models, such as the Fitbit Luxe and Fitbit Charge 5, which both have color AMOLED displays. This change will almost surely come at the expense of some of the Inspire’s battery life, but certainly enhances the user experience. If it’s anything like the Charge or Luxe, a touchscreen is also possible.

The Fitbit Inspire 3 is shown in three colors, Yellow, Pink, and Black.

The Fitbit Sense, Versa 3, and Inspire 2 were launched in August 2020, which strongly suggests that these new models could be coming as soon as this month. Fitbit will also see its expansion to Wear OS later this year with the Google Pixel Watch.