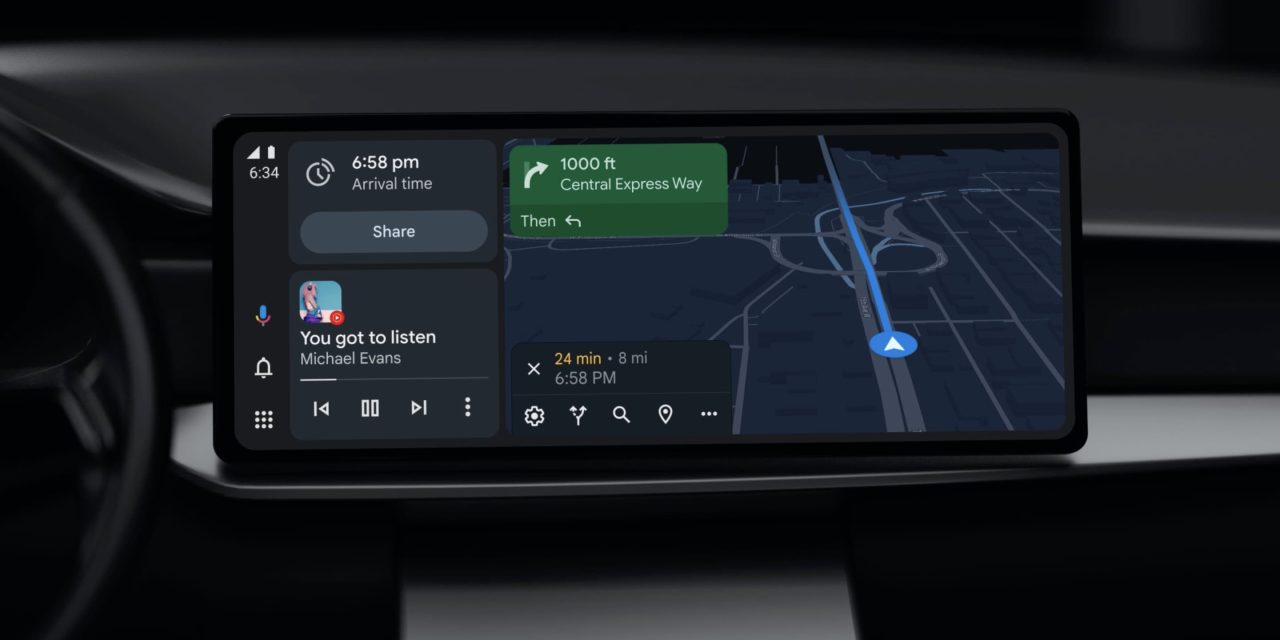 Google’s Android Auto has a redesign incoming, and a new behind-the-scenes change of that forthcoming interface shows off a handy widget that “Coolwalk” will provide to Spotify, and probably other music apps too.

As spotted on Reddit, recent updates to Android Auto and Spotify seem to have unlocked a new dual-page widget for the music app that works with the platform’s upcoming “Coolwalk” redesign. The change was only spotted in an early state, as “Coolwalk” still hasn’t been released. Rather, it was accessed through a rooted Android smartphone.

We’ve known for a while that the new Android Auto UI will have a music widget as one of the options to show content on displays of all sizes. In Android Auto’s current form, music apps can either take up the full screen, or be minimized to a logo with play/pause and track controls on the bottom bar. At least, that’s the case on most displays. On wider displays, you’ll also get the option to display both apps side by side, which is closer to what’s happening in “Coolwalk.”

With the new widget, Android Auto offers not just music controls, track info, and album arts, but also a second page that includes a “For You” interface from Spotify. This includes a few playlists, as well as a “Shuffle Play” option. It’s a neat use of space, and could certainly save moving into the full app.

Right now, this UI seems to only be used by Spotify, but it seems reasonable to assume that others such as YouTube Music will follow closely behind. Generally speaking, all music apps on Android Auto support the same features, more or less.

We won’t know for sure, though, until Google gets around to finally releasing “Coolwalk” to everyone. The Andorid Auto redesign was announced in May 2022, but has yet to even see an announcement about its formal launch.