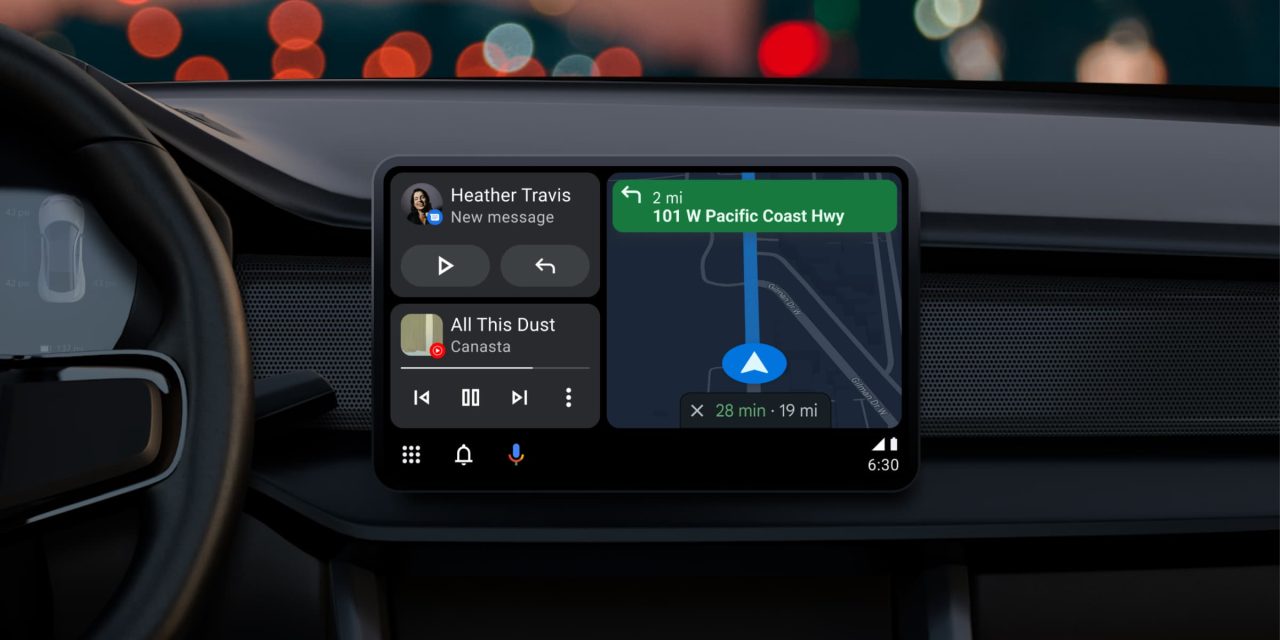 Android Auto has been waiting on a redesign for the past several months, but it seems that Google’s timeline on the update has slipped.

Recapping what we’ve seen to date, Android Auto has long been developing a new look under the code name “Coolwalk.” The design first showed up about a year ago and has evolved in the time since. Early this year, the new UI showed its first signs of expanded split-screen support, as well as some other upcoming features such as Cast support.

Then, in May 2022, Google officially announced this new Android Auto redesign.

Google touted the new design during I/O 2022 as a way to bring split-screen functionality to more users, as well as take advantage of new screen shapes and sizes.

In its older versions, Android Auto was optimized primarily for one size of display, something around a 16:9 landscape-oriented display. But as new cars have hit the market with wider displays or ones that expand down larger parts of the dashboard, it’s been easy to see where Android Auto has been behind.

As pictured below, the new Android Auto redesign adapts well to displays of varying sizes and orientations.

Google explicitly stated that this redesign to Android Auto would arrive “this summer” in a blog post from May 2022. You can read the quote in full below, emphasis our own.

And over the years, we’ve found there are three main functionalities that drivers prioritize in their cars: navigation, media and communication. This summer, Android Auto will roll out a brand new interface that will help you get directions faster, control your media more easily and have more functionality at your fingertips.

But as of September 26, 2022, the Android Auto redesign is still unavailable, at least officially, to users in stable or beta update channels.

The last time Google announced an Android Auto update at I/O with a “summer” timeline, the company lived up to that promise with a few weeks to spare. This time, though, that timeline has come and gone, and there’s no sign of anything ready to head to users.

Clearly, Google is still working on the update. Late last week, one user with a rooted Android smartphone noticed that an update to either the platform or the Spotify app had unlocked new functionality for the music widget. It’s obvious that Google hasn’t thrown away the project.

We asked Google if there is an updated timeline for releasing Android Auto’s “Coolwalk” redesign to the public, but the company had no updates to share at this time. Presumably, the update will arrive sometime later in the year.