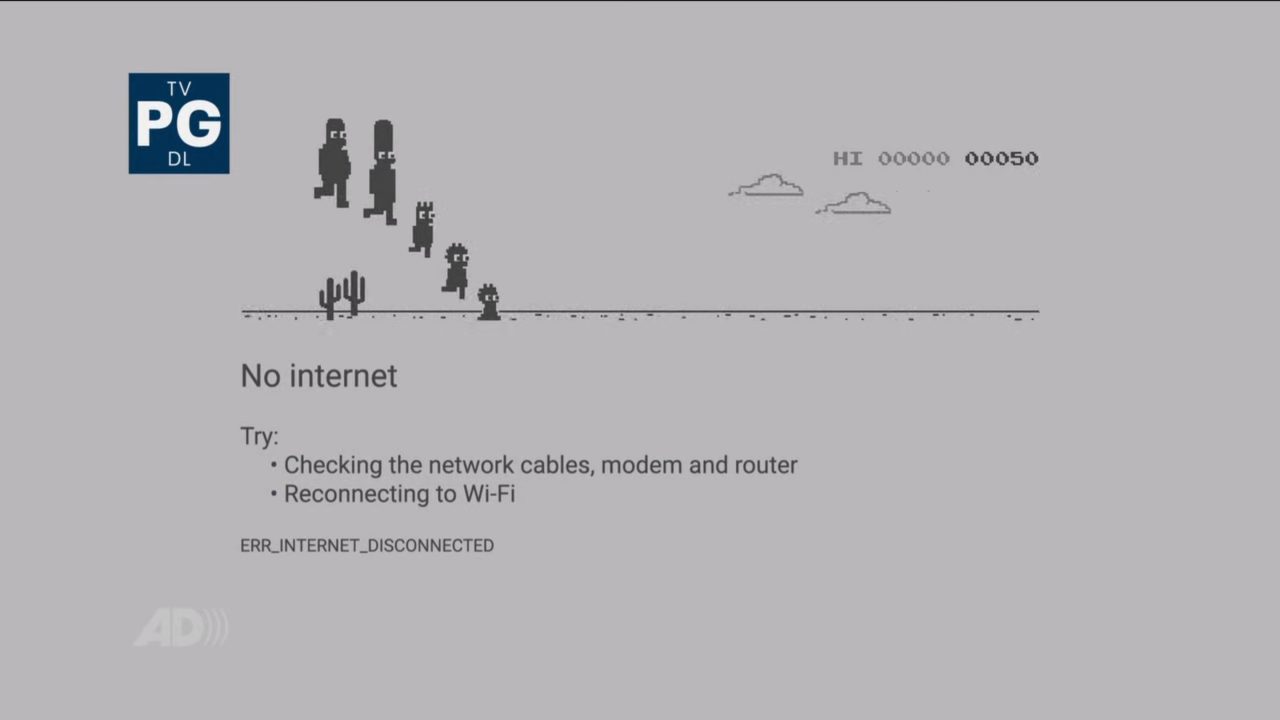 Season 34 of The Simpsons kicked off tonight with a “couch gag” that pays tribute to Google Chrome’s Dino game.

“Habeas Tortoise” – “After Homer humiliates himself in a town meeting, he looks for acceptance in an internet group hunting for a missing tortoise but finds something much more sinister” – starts with the usual title card and opening theme, but quickly changes.

We see Chrome’s “No internet” warning page complete with the “Try” recommendations. However, only two are listed and the first one skips the Oxford comma, though we do get “ERR_INTERNET_DISCONNECTED.”

Once the spacebar is pressed, we see pixel art versions of Maggie, Lisa, Bart, Marge, and Homer jump through the desert landscape to avoid cacti. There are clouds and you get the score in the top-right corner. As the Chrome Dino game literally plays out, we even hear a matching 8-bit version of “The Simpsons Theme.”

After a few seconds, we see the couch, but there’s one last hurdle to jump over. Everybody but Homer makes it and we get “Game Over’ complete with “D’ OH!”

The Simpsons did a Minecraft opening sequence, while episode-length tech parodies have included The Social Network and Mapple with Steve Mobbs – MyPods, MyPhones, MyPads, MyCubes (the “on ice” Power Mac G4 Cube), and even Mapple Lisa (Apple Lisa) all exist in the universe. (There’s also an excellent Succession version.)

Meanwhile, you no longer have to turn on Airplane Mode to access the Chrome Dino game as there’s chrome://dino and homescreen widgets on Android and iOS.