Google Messages: How to use emoji reactions with any recipient 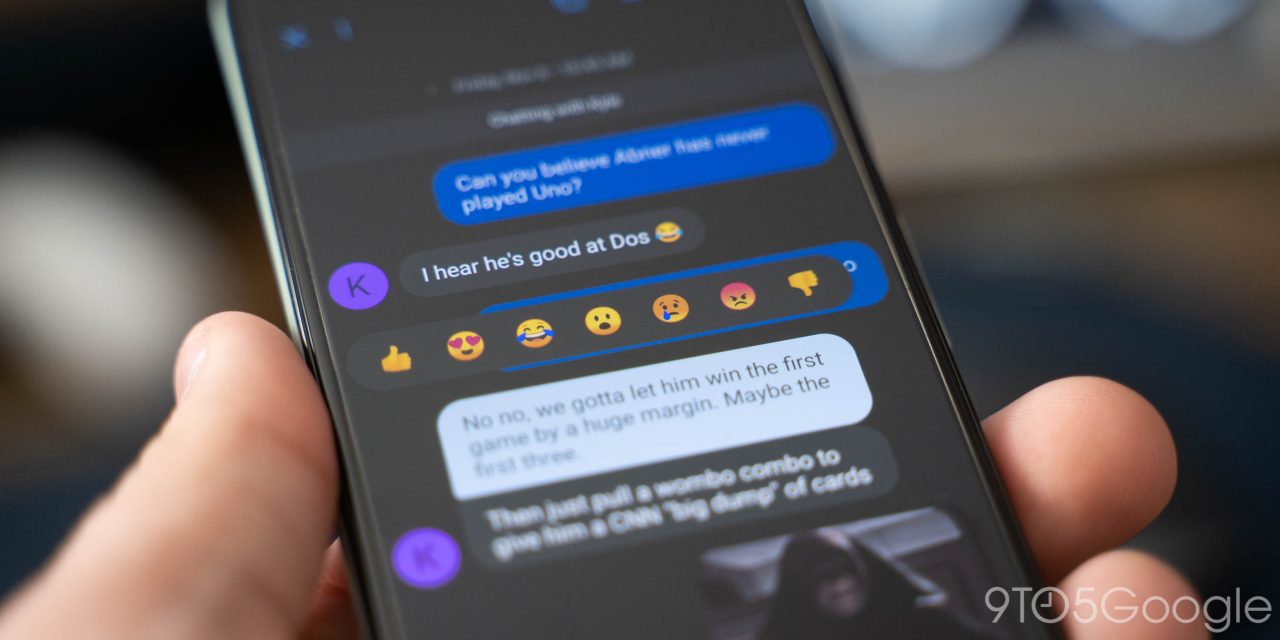 In Google Messages, you can send reactions to received messages with a selection of emoji, no matter who texted you. This guide will quickly show you how to react to messages.

For a while now, Google Messages users have been able to react to RCS messages with a roundup of seven different emoji. As of recently, that feature is now expanding to SMS messages as well, which means messages sent by an iPhone user are eligible for the reactions feature in Google Messages, even with Apple not supporting the modern standard.

How to react to SMS and RCS messages with emoji

Reacting to a message in Google Messages is easy. Here’s how to do it:

The window that appears contains seven different emoji to choose from:

What does your reaction look like to the recipient?

You can send reactions in Google Messages to a text from either someone using RCS messaging or even someone still sending SMS messages. From your end, it will look the same and the end result will be that emoji located under the message to the right corner.

To those who are messaging you with RCS, they’ll get the same modern UI. Whatever emoji you choose will appear in the bottom corner of the message that was reacted to.

As for those using SMS, such as an iPhone messaging an Android user, they’ll see a brand new message describing the reaction. For instance, if you react to an SMS message with a thumbs up, they’ll see a new message appear in their inbox that reads “[thumbs up emoji] to [original message].”

Either way, reactions in Google Messages are a good way to utilize quick and easy responses in the messaging app.