Google Messages getting ability to react to SMS, as annoying as iMessage equivalent 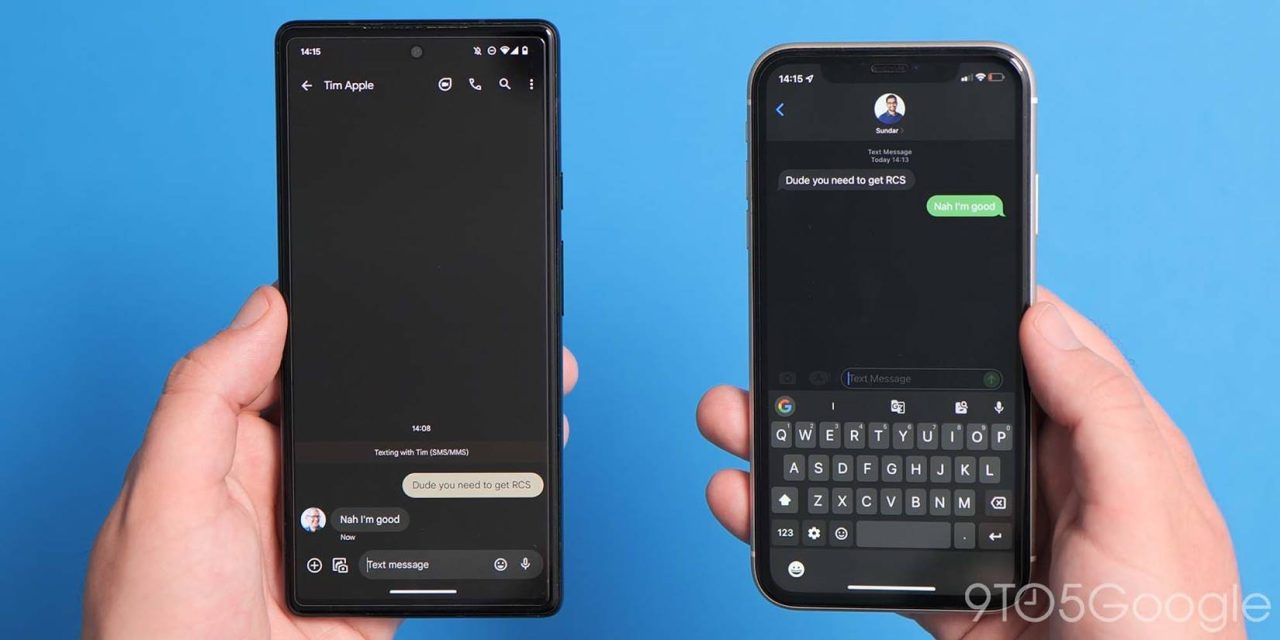 A day after it emerged that Apple is taking credit for Google adding iMessage reactions on Android, the Messages app is beginning to roll out the ability to leave reactions on SMS texts, which is already possible with RCS.

In mid-2020, Google rolled out the ability to send iMessage-like reactions on RCS. When you receive an RCS chat, holding down on it lets you leave one of seven emoji, including thumbs up/down and a range of facial expressions.

We’ve now received two reports of Google Messages users being able to react to SMS texts. Like with RCS, you just press to get the seven reactions, which are unchanged. If the SMS recipient is using Messages, the reaction just appears in the bottom-right corner.

For recipients that are not using the Google Messages app, don’t have RCS chat enabled, or on iOS, the fallback is a text message with the emoji from the sender followed by what’s being reacted to in quotes.

Google’s fallback design is nicer and more visually distinctive than the iPhone equivalent, which just sends a text description instead of an emoji.

This is undoubtedly a feature that helps Messages users be more expressive. That said, it might be annoying over time as Android users that converse with iPhone owners can attest to.

Meanwhile, Google Messages is working – as we enabled earlier this month – on the ability to react to an RCS chat with any emoji. These two things could be related.