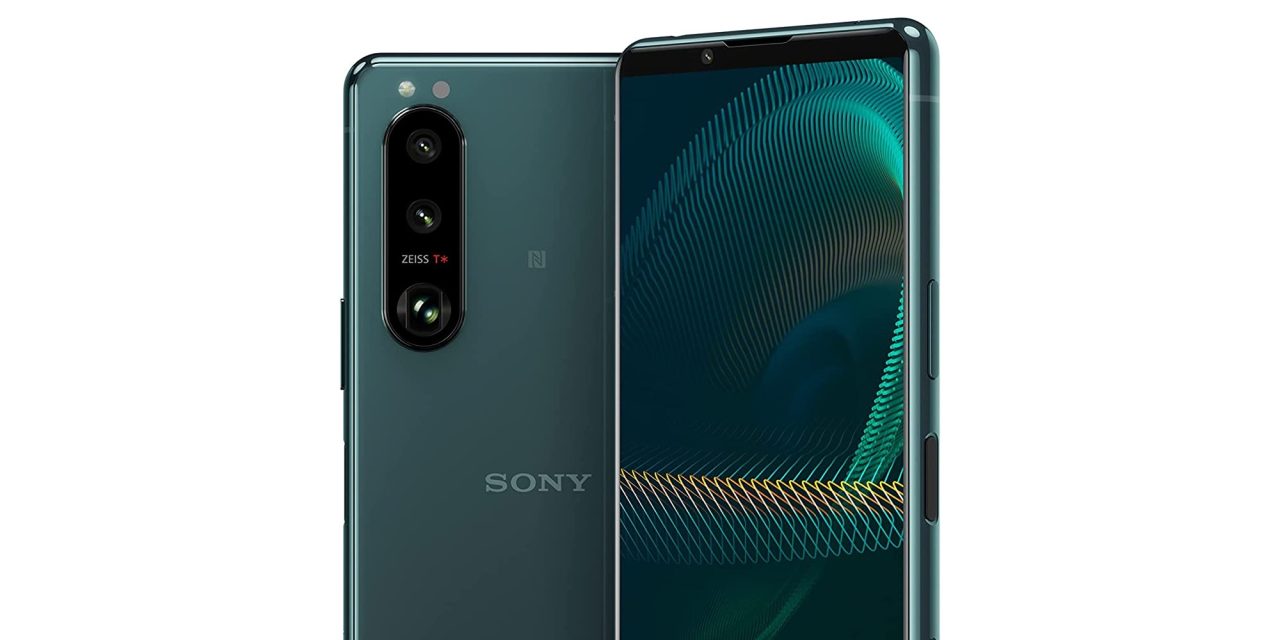 All of today’s best deals are headlined by the Sony Xperia 5 III smartphone, which packs a dedicated shutter button at $698. That’s on top of TCL’s latest 55-inch 5-Series 4K QLED Google TV hitting $400 and Google’s original wired Nest Video Doorbell at $100. Hit the jump for all that and more in the latest 9to5Toys Lunch Break.

Amazon is now offering the unlocked Sony Xperia 5 III 5G 128GB Android Smartphone for $698. Down from its usual $998 price tag, today’s offer is one of the first chances to save since shipping earlier in the year and a new all-time low. The $300 discount is $100 under our previous mention from back in April, as well.

As one of the more recent additions to Sony’s stable of photography-focused smartphones, its Xperia 5 III comes centered around a Snapdragon 888 chip that powers the 6.1-inch 21:9 120Hz display. Though the real enticing features arrive for those who plan on using this as a camera first and foremost, with a unique feature set on that photography front. There is a triple sensor camera array around back that sports ZEISS optics, dual PDAF sensors for fast autofocus, and AS super resolution zoom to help capture far away subjects. Not to mention, 120FPS recording and plenty of customizable settings to complement the dedicated shutter button. All of the details are also available in our announcement coverage too.

Amazon is now offering TCL’s latest 55-inch 5-Series 4K QLED Google TV for $400. Down from $450, today’s offer marks a return to the all-time low for one of the very first times with $50 in savings. This recent release just hit the scene earlier this spring, arriving with some of the latest TV tech from TCL. The entire home theater upgrade comes centered around a 55-inch 4K QLED panel that is backed by 60 localized dimming zones with HDR for some added contrast as well as Variable Refresh Rate tech to help with gaming. Over on the smart features front, you’ll find Google TV powering the experience that enables hands-free access to Assistant on top of access to all of your favorite streaming services.

Home Depot is now offering the original wired Google Nest Video Doorbell for $100. Normally fetching around $150 these days, today’s offer amounts to 33% in savings and a new all-time low. This is one of the first discounts in months and below our previous $113 mention. Nest Video Doorbell integrates with your Google smart home and keeps an eye on your porch with the help of Assistant.

It touts intelligent motion and person alerts, which makes it a versatile option for seeing who’s at the door, seeing if a package was delivered on time, and just keeping tabs on the activity outside your home, thanks to its 1080p sensor. There’s also the perk of 24/7 recording, that rounds out the package you can read more about in our coverage.

Amazon is now offering the first chance to save on the just-released Jabra Elite 5 True Wireless Earbuds. Dropping down to $120 in several different styles, today’s offer amounts to $30 in savings from the usual $150 price tag that these launched with last month in order to deliver a new all-time low. Jabra’s latest addition to its stable of true wireless earbuds arrive in the form of the new Elite 5 buds. These offerings pack hybird active noise cancellation out of the box that comes backed by six built-in microphones for tuning out distracting ambient audio. The actual listening experience comes powered by 6mm drivers, with support for aptX audio. Google Fast Pair then supplements the Bluetooth connectivity and rounds out the package with seven hours of playback from the earbuds themselves and another 28 hours from the charging case. Our launch coverage offers some additional insight, too.

Alongside ongoing Amazon gift card offers on Google’s new handsets starting from $599, we have now spotted some notable offers on the Spigen Pixel 7 cases. Available for both the base model and the 7 Pro, the brand’s latest Pixel cases have now arrived and we are already tracking some notable price drops via its official Amazon storefront. Pricing on the Spigen Pixel 7 cases regularly ranges from $30 up to as much as $45, but you can now score some models starting as low as $15. Alongside listings far lower than the direct pricing, Amazon is also serving up on-page coupons to sweeten the deal even more.