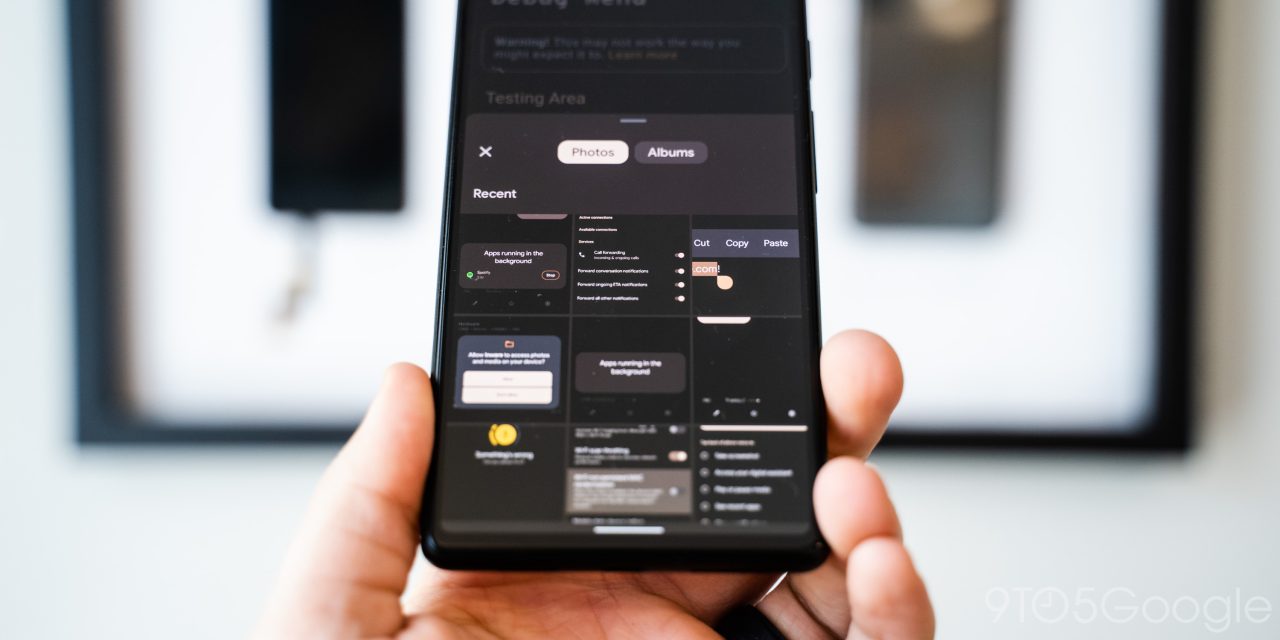 With the release of Android 13, Google debuted a new image picker for Android that’s also available on older versions of the operating system. With a recent update, Google Voice is adding support for that new photo picker.

Google first announced this new system-wide photo picker with the very first preview of Android 13 and while it works with older versions of Android, it does require apps to be updated to use it. Google touted that this new picker would “protect photo and video privacy of users” by allowing apps to use this picker instead of needing permission to view a user’s photos or videos.

To date, though, almost no apps have actually adopted the new photo picker.

Rolling out in what might be a server-side update to Google Voice for Android, the app is ditching its built-in photo picker for the one that Google has built out for Android as a whole.

The system-wide photo picker is accessed using the gallery icon when sending a message in Google Voice, and there’s now a camera icon that designates taking a photo to the native camera app.

I started seeing the change on Google Voice v10.03 on a Galaxy Z Fold 4 earlier this week, and I’m also seeing it on v10.17 on a Pixel 7 Pro, but our Abner Li reports that the old image picker is still appearing on his device.

Your results may vary, but this is certainly a change for the positive in this author’s opinion. You can grab the latest updates to Google Voice on the Play Store.