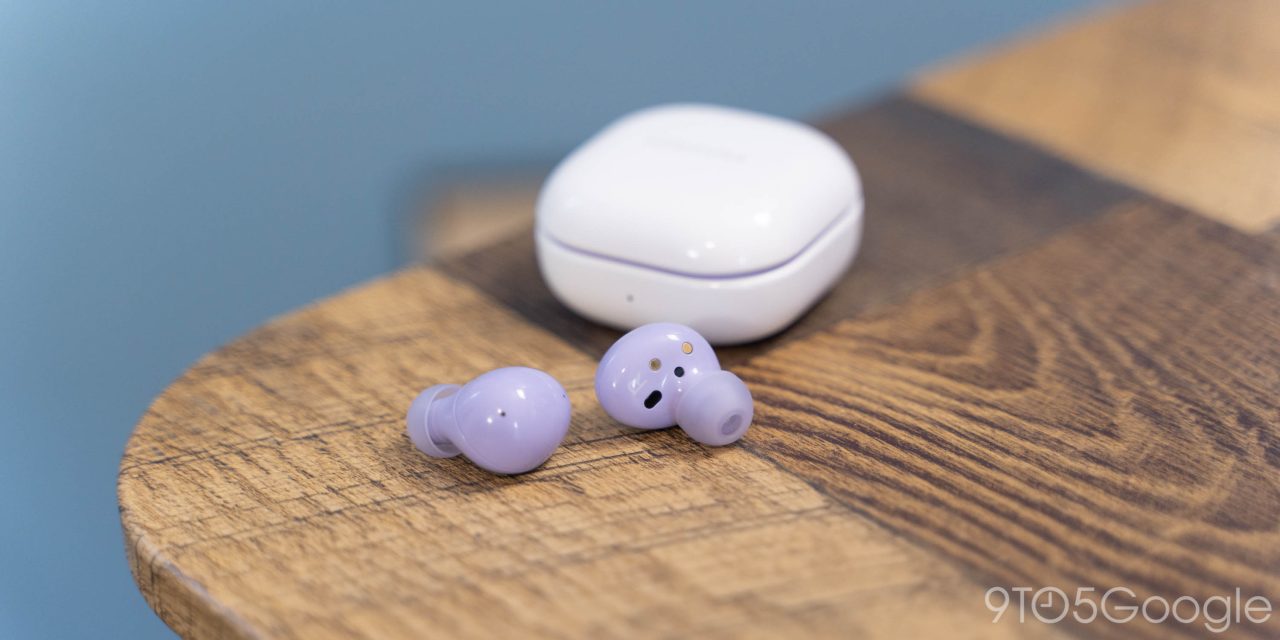 Today’s best price drops on Android-friendly gear are now ready to go, starting with the Samsung Galaxy Buds 2. Now back at the lowest price we have tracked, you can pick up the ANC-ready earbuds at $90 alongside up to $300 in savings live on Samsung’s Galaxy S22 Ultra handsets in various configurations. You’ll also want to stop by the early Black Friday Bose sale for any other audio upgrades you might be after. Hit the jump for all that and more in the latest 9to5Toys Lunch Break.

Latest Samsung Galaxy Buds 2 return to the best price yet

Amazon now offers the latest Samsung Galaxy Buds 2 for $89.99 shipped in two different styles. Normally fetching $150 these days, you’re now looking at a match of the all-time low at $60 off. This is still one of the first chances to lock in a sub-$100 price tag as well. If you’re not sold on the new Pro 2 models that just launched, Samsung Galaxy Buds 2 deliver many of the flagship features you’d expect with a more affordable price tag attached. Active noise cancellation is easily one of those highlights, but you’ll also benefit from up to 29 hours of battery life being paired with Qi wireless charging support. Not to mention that there’s also an Earbud fit test for getting the best seal. Check out all of the details in our hands-on review.

Amazon is now offering the unlocked Samsung Galaxy S22 Ultra 5G 128GB Android Smartphone for $899.99 shipped. Delivering the second-best discount to date, this is now arriving at $300 off. Coming within $10 of the all-time low, we’ve only seen it sell for less once before, and that was only for Prime members. As the latest flagship handset in the Samsung stable, the Galaxy S22 Ultra arrives with a refreshed, yet similarly squared-off design as last year’s model. New this time around is an S Pen slot to channel some Galaxy Note energy, as well as a 6.8-inch SuperAMOLED panel and the recent Snapdragon 8 Gen 1 chip. That’s alongside 256GB of storage, 12GB of RAM, and an improved 5,000mAh battery backed by 45W charging. Our launch day hands-on review details what to expect.

It is also now offering the larger 256GB model factory unlocked Samsung Galaxy S22 Ultra down at $999.99 shipped. That’s up to $300 off the regular price tag and among the lowest prices we have tracked for this model with the added storage space. More details here.

Bose launches early Black Friday sale at up to 40% off

Bose has now launched a pre-Black Friday sale of sorts, giving customers a “sneak peek at holiday savings.” Delivering deals at up to 40% off and some price drops that are now undercutting the fall Prime Day offerings, you’ll receive free two-day delivery on orders over $50 or more as well as free return shipping should anything not be up to your standards. Some of these offers fall under the Bose refurbished category – one of the most trusted recertification processes out there with the same warranty as new models – alongside some deals on new gear that has been price matched at Amazon. While we are still waiting for another notable price drop on its brand-new earbuds, there are plenty of more affordable options marked down now alongside its smart glasses, Bluetooth speakers, and home theater gear. All of the details are waiting right here.