These are the best smartwatches for Android users [November 2022] 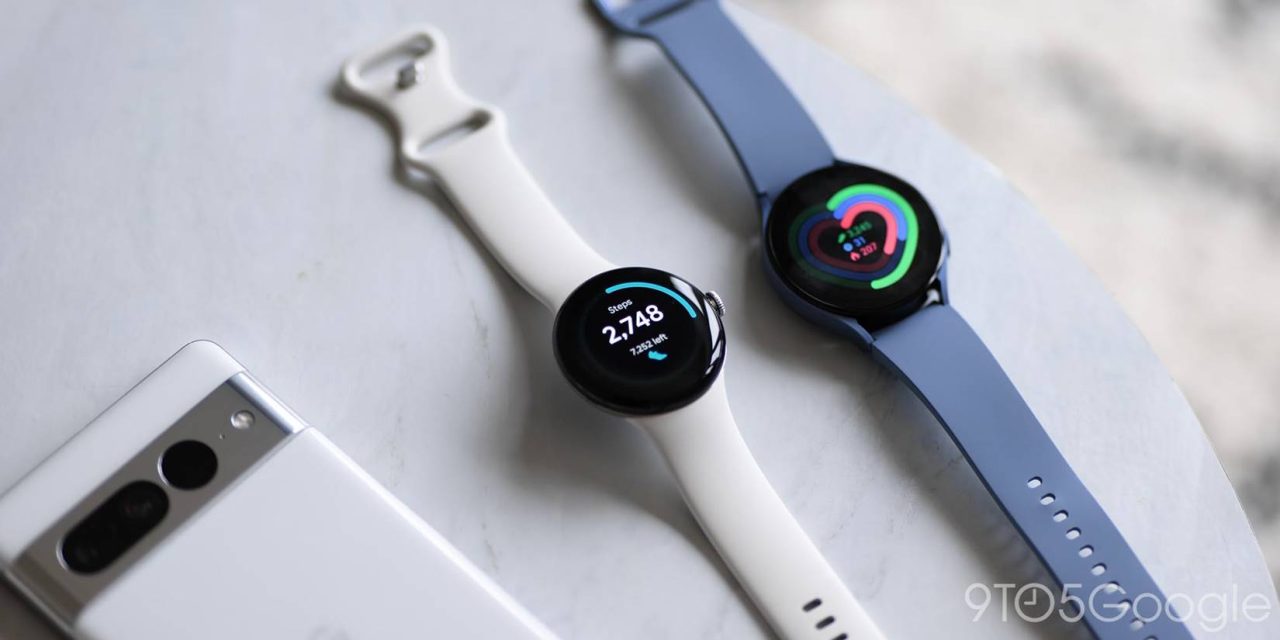 The smartwatch market for Android has traditionally been a difficult labyrinth of compromise, but things are finally turning around. If you’re looking for the best smartwatch for an Android phone this holiday season, these are your best picks.

The best smartwatches for Android

9to5Google’s picks for the best Android smartwatch look at pricing, features, and broad compatibility with smartphones.

Without a doubt, the single-best smartwatch for Android is the Galaxy Watch 5.

Samsung’s smartwatch runs on top of a powerful chip with Wear OS 3 and the One UI Watch skin on top. It pairs using the Galaxy Wearable app and works best with a Samsung smartphone, but it also works with virtually any Android smartphone. You can use Samsung services or Google services too, with both Bixby and Google Assistant as well as both Samsung Pay and Google Wallet.

The Galaxy Watch 5 comes in two sizes, one at 40mm and the other at 44mm. The watch has an aluminum body with a sapphire display that resists scratching. It integrates with the Samsung Health app to track your workouts, ECG readings, and even Body Composition data with impressive accuracy.

Regardless of the size you pick, the Galaxy Watch 5 has an AMOLED display and the same health sensors in each of the sizes. The only differences between the two models are screen size and battery life. The larger Galaxy Watch 5 typically lasts for around 48 hours in our testing, while the smaller model will likely be closer to 24-36 hours, depending on your usage. If battery life is your biggest concern, the Galaxy Watch 5 Pro is also an option, with up to three days of endurance in its chonky design.

Samsung’s Galaxy Watch 5 is one of the best deals you can get on an Android smartwatch, with the base model starting at just $279. It’s easily the best option for most people, but the other smartwatches on this list might end up being a better fit for you specifically. But if you just want decent battery life, smartwatch functionality, and good fitness tracking, you can’t go wrong with the Galaxy Watch 5.

Wear OS, the way it was meant to be

The other best option for most folks is the Google Pixel Watch, a $349 smartwatch that has a stylish design, great software, and a solid fitness suite from Fitbit.

The Google Pixel Watch is a 41mm wearable with an AMOLED display and a stainless steel body under the unique curved glass face. It also has a proprietary band connection. The watch has health sensors that can take ECG readings, track your workouts, and also has a heart rate sensor that Google claims is the best of any Fitbit product.

On the software side of things, the Pixel Watch runs on top of a cleaner version of Wear OS 3 that shows the experience in the way that Google intended it to be. It has an extensive list of attractive watch faces preloaded as well as better native support for apps such as Google Assistant, Google Wallet, and Google Home when compared to Samsung’s watch.

Battery life is a touchy subject on the Pixel Watch, though. It typically lasts around 24 hours on a charge, and we’ve found that it’s best to charge the watch once in the morning and once at night if you intend to use it for sleep tracking in the Fitbit app. It’s a shame the battery life is behind most of the other watches on this list, but it’s something you might be able to look past if the design and features speak to you.

The Pixel Watch presents a solid overall experience, and one we feel is quite delightful once you settle into it. But at $350 – $299 for Black Friday – it’s certainly not the cheapest option out there.

Other great smartwatches for Android

A good alternative to the Google Pixel Watch if you’ve been a Fitbit customer for a while would be the Fitbit Sense 2 or the Fitbit Versa 4. Both smartwatches pack the same software experience that relies on Fitbit OS rather than Wear OS. The look and feel are similar to what’s on the Pixel Watch, but with a focus on first-party apps and newer additions like Google Wallet. There’s also support for Amazon Alexa, but not Google Assistant.

The difference between the Fitbit Sense 2 and the Fitbit Versa 4 mainly comes down to what these two watches can do in terms of health tracking. Both can track your heart rate, steps, calories burned, workouts, and sleep. Both also have battery life that lasts around five or more days. But the Sense 2 is able to take ECG readings and track your stress levels whereas the Versa 4 cannot.

Fitbit Sense 2 and Fitbit Versa 4 both pair to the Fitbit app on Android or iOS and also feature support for Fast Pair on Android devices. You’ll need the $9.99/mo Fitbit Premium subscription to get the most out of these devices, but you get the most important data for free.

Save a buck for the same features

If you want to save a few bucks on a smartwatch, a great option is to pick up a slightly older model. The Galaxy Watch 4 and Galaxy Watch 4 Classic would be our go-to pick for a smartwatch from 2021, as they’re the only watches that offered support for Wear OS 3 at the time.

If all you care about is a simple smartwatch that looks good and has basic health-tracking features, you could do much worse than the Fossil Gen 6 Wellness Edition. The brand’s first smartwatch to ship with Wear OS 3 has some issues with less-than-ideal battery life and a limited health tracking suite, but it has a good-looking design, solid hardware, superfast charging, and a reasonable price at $299.

When fitness matters above all else and you’re willing to pay for the best, one of the best smartwatches you can buy for your Android phone is the Garmin Venu 2 lineup. The Venu 2 and Venu 2 Plus pack OLED displays, nine-day battery life, and a killer suite of fitness-related sensors, including heart rate monitoring, a built-in compass, a pulse oximeter, and a thermometer. Unlike Fitbit, Garmin doesn’t have a monthly subscription

An alternate choice in Garmin’s lineup that has the same fitness focus, but fewer sensors and features, would be the Garmin Vivoactive 4.

If you’re on a budget, Amazfit is a great brand to look to for getting a quality smartwatch for a lower cost of entry. The Amazfit GTR 4 is the brand’s latest flagship smartwatch and costs $199. It has the same basic health tracking features as every other device on the list, but with a simplified operating system that allows for battery life of up to 14 days on a charge, and it does that while still offering GPS, turn-by-turn directions, comprehensive workout and fitness tracking, and more. The only major thing it’s missing that every other watch on this list supports is NFC for mobile payments.