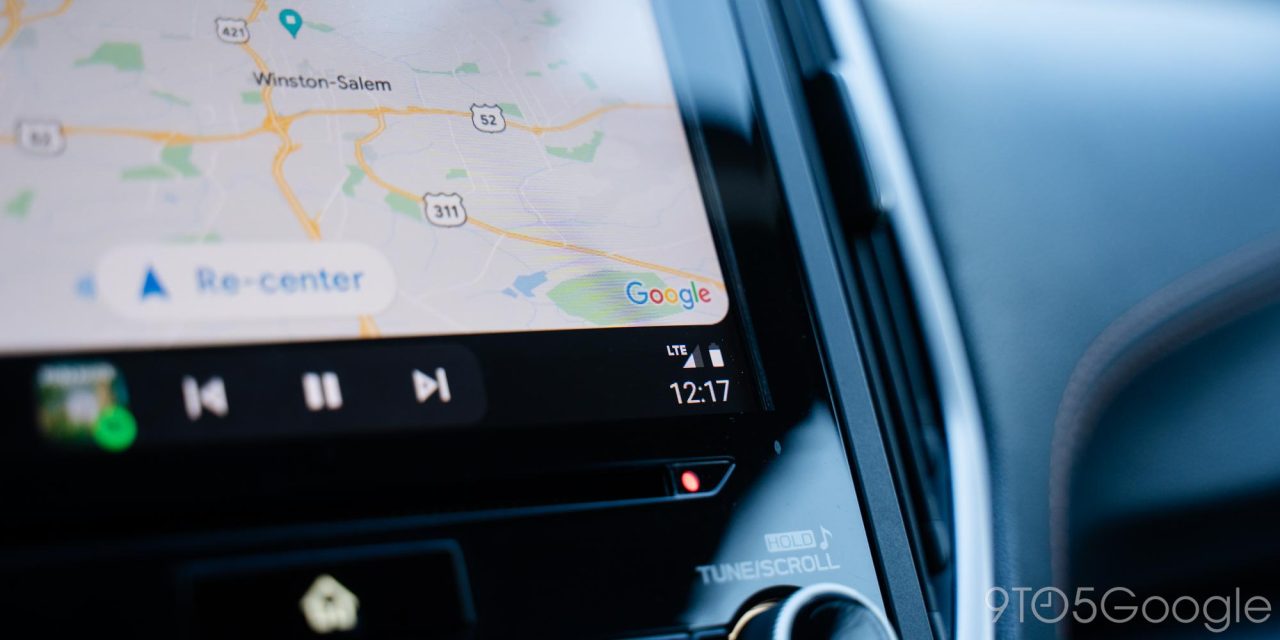 Android Auto is in the midst of a redesign, and with that has come some big changes to the platform. One of those changes is ditching the persistent, glanceable weather icon in Android Auto’s status bar. But some good news, that’s finally fixed on the original look.

The story of a glanceable weather widget on Android Auto has gone back and forth. It was there in the original version of Android Auto, with a card that showed up on the homescreen all of the time. But then, when Google redesigned the platform in 2019, that functionality was removed entirely.

Later on, Google conceded and brought back weather to Android Auto, but only in an icon that was visible in the top status bar. However, the icon kept disappearing unexpectedly for many, sometimes for months at a time. It’s since been brought back and then disappeared again a couple of times, but most recently vanished for many with the promise of a fix on the horizon.

Here’s the good news: The weather icon in Android Auto is now fixed again, or at least Google says it is on a support forum page. Your results may vary, but recent updates should bring it back.

Here’s the bad news: The weather icon is gone in the platform’s redesign.

The “Coolwalk” redesign of Android Auto brings a fancy split-screen feature and a whole new look and feel to the platform, but it also removes the top-mounted status bar. Instead, there’s now a bottom bar that shows apps or widgets as well as holding a shortcut to show your notifications. At the corner, the bar shows the time, your phone’s battery, and your network signal strength (as pictured above). Missing from the picture is a glanceable weather icon of any sort, which is a shame!

Will Google bring this back at any point? That remains to be seen, but there’s certainly time. Right now, the Android Auto redesign is only available in an effectively-closed beta program, so Google definitely will have a chance to look into reinstating that functionality before the full launch.