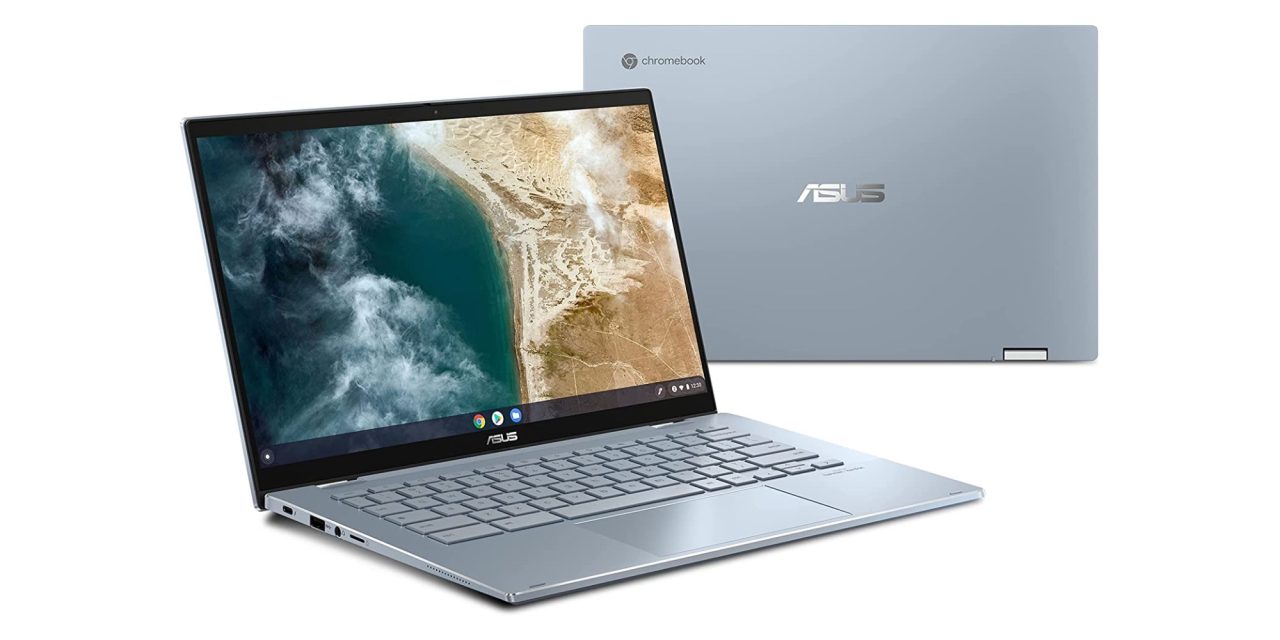 All of today’s best deals are now headlined by a collection of ASUS Chromebooks from $200 that land alongside a new all-time low on the Samsung Galaxy S22 5G at $662. Then check out Sennheiser’s just-released Momentum 4 ANC Headphones at $52 off. Hit the jump for all that and more in the latest 9to5Toys Lunch Break.

Amazon is now discounting a selection of ASUS Chromebooks to the best prices ever ahead of Black Friday, headlined by the ASUS Chromebook Flip CX5 Core i3 for $630. Normally fetching $700, this is one of the very first discounts since launching back in August and arriving at a new all-time low. This $70 discount is also now $20 under the previous offer we saw, as well. Also on sale is the elevated i7 model, which drops to $980 from its usual $1,050 price tag with 512GB of storage and 16GB of RAM.

Delivering the signature 2-in-1 that the ASUS Chromebook Flip lineup is known for, its new CX5 arrives with a refreshed 14-inch 1080 NanoEdge touchscreen display. Powered by the 2.5GHz processor, there’s 128GB of onboard storage to go alongside the 8GB of RAM. Not to mention Wi-Fi 6, a pair of Thunderbolt 4 ports, and even a microSD card slot. All of that comes packed into the premium case with backlit keyboard with an integrated stylus rounding out the 360-degree hinge design. Our launch coverage has a bit of additional insight, as well. Head below for more from $200.

Everything is centered around a 6.1-inch Dynamic AMOLED 2X display backed by a 120Hz refresh rate and HDR10+ certification. There’s also the Snapdragon 8 Gen 1 SoC to drive the handset alongside a 3,700mAh battery to boot for all-day usage. Around back is a triple-sensor 8K camera array. Get a closer look at what to expect in our hands-on launch coverage.

Joining all of the other early Black Friday headphone discounts that have gone live this Thanksgiving Week, Amazon is now offering the Sennheiser Momentum 4 Wireless Headphones starting at $298 in two styles. Down from the usual $350 price tag for one of the very first times, this is delivering a new all-time low at $52 off. We haven’t really tracked any discounts since being revealed earlier in the summer, and today’s markdown finally offers a chance to score its latest for less.

Refreshing the design of its flagship over-ear headphones from previous iterations, the new Momentum 4 make for a step forward from Sennheiser with improved sound quality and active noise cancellation. All of that comes packed into a premium build that’s a bit less stylized than we’ve seen before, but with the signature fabric accenting that has been a staple of its latest releases. You’re also looking at notable 60-hour battery life to go alongside the pair of internal 42mm drivers that are backed by both Bluetooth and wired USB-C audio. Our launch coverage breaks down the rest of the experience, too.

Fitbit’s just-released Versa 4 Smartwatch down at $150

Google Pixel 7 Pro down at $749 for Black Friday

Amazon is now rolling out early Black Friday pricing to the unlocked Google Pixel 7 Pro. Dropping down to $749 shipped for the 128GB model, you would more regularly pay $899 with today’s offer delivering a new all-time low at $150 off. This is one of the first chances to save and a rare cash discount that’s $111 under our previous mention. Also available for the same price at Best Buy.

Packed into a refreshed design that still delivers the same size 6.7-inch QHD+ 120Hz screen as before, Pixel 7 Pro arrives as Google’s most capable handset yet. The updated build also houses a new camera assembly on the back of the handset, which comes centered around a 50MP main sensor, 12MP ultrawide lens, and upgraded 48MP telephoto zoom capabilties. All of that comes powered by the new second-generation Tensor G2 chip which is complemented by 128GB of storage and 12GB of RAM. We break down all of the details in our launch coverage, as well.