Searching for Stadia: Shadow is an entirely different path to cloud gaming, for better or worse 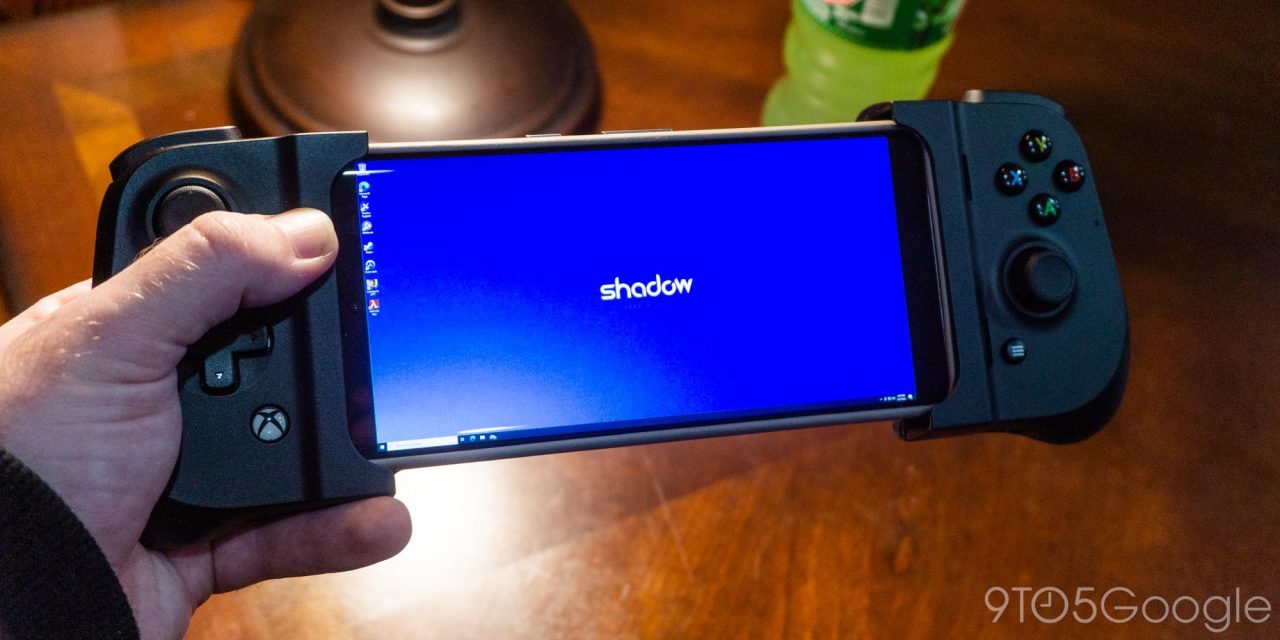 One of the earliest cloud gaming providers, Shadow, is in some ways the antithesis of Stadia, but it’s sometimes better for it.

Searching for Stadia is a short series intended to shine a spotlight on what made Google Stadia special in the wake of its upcoming shutdown and compare those traits against the ever-widening market of cloud gaming subscriptions.

Shadow made its US debut back in 2017 — having first launched in France the year before — and was sold on a simple premise. Instead of laying out hundreds or thousands of dollars for a high-end gaming PC (which will also need pricey upgrades over time), simply subscribe to Shadow and have a gaming PC in the cloud. Over time, your Shadow PC would get remote hardware upgrades as part of your subscription to ensure your rig stays ready for all the latest and greatest games.

Shadow’s latest hardware improvement — dubbed the “Power Upgrade” — goes much farther than previous editions. The GPU gets upgraded to the equivalent of an RTX 3070, paired with an AMD EPYC processor and 16GB of RAM.

Unfortunately, the price has also changed to reflect that significant upgrade and the ongoing chip shortage. Today, a new subscription to Shadow with the Power Upgrade will set you back a total of $45 per month, which is no small ask. Or if you’d rather stick with an older Shadow, that will only run $30 each month.

Shadow provided us with a Power Upgrade subscription for review.

Without a doubt, Shadow is aimed at those who have experience with PC gaming. You’re quite literally renting a Windows computer hosted in the cloud, with all of the benefits and downsides that come with that.

Starting with the good part, unlike essentially every other cloud service, there are no restrictions on the games and software you can run on your Shadow. Microsoft’s Game Pass titles, games from Steam/Epic/etc, free indie games, you name it — if a game can be played on PC, it can be played in the cloud. You can even run other, non-gaming software, like a photo or video editor, if you own one.

By comparison to Stadia’s limited game library and even the restrictions of cloud competitors like GeForce Now, there’s an effectively endless number of games to be played through Shadow, with only a few known exceptions. Just purchase and download the game from your service of choice and get started.

Shadow’s ability to play essentially any game cannot be understated, as it’s so far been the only cloud service I’ve tried thus far that allows me to play Overwatch 2 with my friends, using only my phone. Going solely by the metric of allowing cloud gamers to play whatever game they please, Shadow is a real winner compared to Stadia.

However, the downside of Shadow being a simple PC in the cloud is that you have to deal with most of the core problems that modern cloud gaming is built to avoid.

For instance, you’re limited on storage space for your games. By default, you only have 256GB of SSD storage to stash your games. With video games absolutely ballooning in size over the years, this really isn’t much to work with, but thankfully paid upgrades are available. On my own Shadow, I’m able to keep Overwatch 2, Cyberpunk 2077, and Half-Life: Alyx (more on this later) with a little less than 60GB to spare.

On balance, each Shadow has solid download speeds — the Power Upgrade has a dedicated 1Gbps fiber line — making it easy enough to delete one game and install another. But modern cloud gaming offers the promise of instant gameplay, with no waiting for downloads or updates.

Speaking of updates, being a typical Windows 10 PC, the software on a Shadow instance will need to be updated periodically too. By default, Windows Update and Nvidia driver updates are handled automatically, but this process can occasionally be a speed bump when starting up your Shadow. Meanwhile, updates to Steam and to individual games will need to be installed manually.

Launching your actual games is a bit of a struggle too, particularly from one’s phone. Since you (probably) don’t have a mouse and keyboard connected, you’ll need to use the touchscreen to zoom in/out and handle clicking on icons. Suffice it to say it’s a bit awkward, much like a traditional remote desktop app. Handy options like Steam Big Picture Mode make it easier to launch games using only your controller, but this doesn’t help with every game.

The Shadow team has done what it can to minimize all of these minor frustrations, but it’s still quite far removed from Stadia’s vision of the ease of cloud gaming.

Getting into the actual gameplay, I’ve been quite impressed with what Shadow’s Power Upgrade has been able to deliver — under ideal conditions, anyway.

From my Pixel 7 Pro, I’ve been able to enjoy 1440p streaming at 120 fps with high/ultra graphics settings. With a good enough monitor, Shadow can even run as high as 4K, 120fps. There’s support for Android TV/Google TV too, but the Chromecast’s poor networking chip introduced an unplayable amount of latency and seemingly capped the experience at 1080p instead of full 4K.

Beyond that, Shadow’s experience on Chromebooks — powered by the Android app — leaves much to be desired. I’d really like to see Shadow offer a web app instead of relying on so many native apps, as this would improve the experience on ChromeOS, Linux, and other devices.

My preferred demonstration game, Cyberpunk 2077, runs excellently on Shadow, with Nvidia’s pre-selected, optimized settings maxing out nearly every graphical option. Odds are, the hardware of the Power Upgrade will run anything you could throw at it for years to come.

When running under good networking conditions — 900Mbps internet, and a device “prioritized” by Nest Wifi — Shadow offers low latency across video, audio, and controls. In a less stellar situation — 120Mbps connection in a hotel — Shadow was still plenty playable, with the occasional hiccup, which is to be expected.

In fact, Shadow is confident enough in its low latency streaming to offer something that almost no other cloud gaming provider today can do. By sideloading a Shadow app onto the Oculus Quest 2, you can stream full SteamVR games to your headset.

Reduced latency is one of the most crucial factors in virtual reality, because if the action on screen doesn’t closely match your movements, things can quickly become disorienting. Having played through numerous hours of Half-Life: Alyx via Shadow, I can say that the experience was surprisingly smooth, though your own experience may vary depending on your home network.

All said and done, Shadow is probably the farthest thing from Stadia available in the cloud gaming market today. You won’t find instant gameplay, unlimited storage, or invisible updates, and Shadow will likely never offer the kinds of cloud-powered exclusive features that Stadia championed.

However, what you will find is a high-end, gaming-ready Windows PC, able to run almost any game or software you could ever ask of it. It’s a fantastic way to dip one’s toe into the world of PC gaming, with all of the benefits and downfalls that accompany it.

With Shadow, just like owning a gaming PC, you’re free to run whatever software you like — minus a few security and crypto related restrictions — without worrying about what games are in a particular service’s library. More importantly, that experience is available to you on any Android, iOS, Windows, or Mac device you have handy.

The only question that remains is whether that experience is worth $45 per month (or $30 for the base plan). For most people, I don’t know that Shadow’s high cost — on top of needing to pay for games — and the higher difficulty curve of using a full Windows PC will make sense. But for those that want the freedom to bring any game from their vast gaming library anywhere without shelling out for a portable gaming PC, Shadow’s Power Upgrade is the best option I’ve seen.

Shadow by Blade Searching for Stadia